This presentation highlights what David W. Alexander, Ph.D. chemical engineer and plaintiffs’ attorney, has observed as company safety failings while representing injured workers and the family of one decedent. The experience has given him a rare look at chemical and manufacturing plant safety from the eyes of a person representing the injured. He welcomes the opportunity to share with you the safety lessons he learned with the goal of making our industry safer. Several high profile adverse events have occurred in chemical plants throughout greater Houston and elsewhere. The more memorable are those occurring on October 23, 1989, March 23, 2005, April 17, 2013, and November 15, 2014. They resulted in multiple casualties, prompted investigations by federal, state and local authorities, led to litigation, and regulatory changes. There are many serious adverse events that do not make the news. They injure workers, sometimes cause death, and often result in litigation. Among the not so well known, David has represented individuals injured and the family members of one killed in incidents ranging from flash fires, explosions, toxic gas release, to catastrophic failures of a crane and an electrical enclosure. The incidents resulted from one or more of no training in process hazards, failure to enforce MOC, poor equipment maintenance and electrical maintenance personnel with little or no knowledge of the OSHA regulations governing their work. Adherence to any one of several routine operational and process safety rules might have prevented these events. Hopefully, my presentation will give you a new perspective on why plant safety is so important and ways to make it happen in your work place.

October’s Process Network Forum lunch will be held on Friday, October 20th from 11:30AM - 1:00PM at the Pipeline Grill (10003 Spencer Hwy, Laporte, TX 77571). The Café lunch menu ranges from $9 to $11, and the South Texas Section will subsidize this event by $3 per attendee. Everyone is welcome to attend! 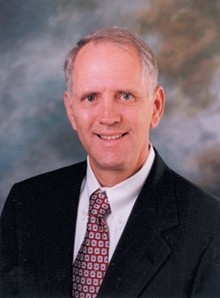 In 1971, David W. Alexander graduated from Virginia Tech with a B.S. in Chemical Engineering. After a short stint as a Process Engineer at Virginia Chemicals in Portsmouth, VA, he entered the Army and served honorably for 2 years. He returned to Virginia Chemicals. David later moved to Raleigh, NC to work as a Process Engineer at Mallinckrodt Chemical Works and to be near North Carolina State University (NCSU) to pursue an advanced degree in Chemical Engineering as an evening part-time student. He later attended NCSU full-time; earning a Ph.D. in Chemical Engineering in 1979. From 1979 to 1998, David worked as a Senior Engineer at Ciba-Geigy Corporation in McIntosh, AL; Project Leader at Ciba’s Toms River, NJ site; Production Manager at Takeda USA, Inc., in Wilmington, NC; Manufacturing Manager at Ciba-Geigy, Furane Products, in Los Angeles, CA; Technical Director and VP Commercial Development at Hickson-DanChem Corporation, Danville, VA; lastly Production Manager at Eisai USA, Inc., in Pasadena, TX. Individually, these facilities produced a host of antioxidants, acrylic polymers, bisphenol A and novolac epoxy resins, formulated epoxy and urethane resins, amine and anhydride hardeners, numerous specialty chemicals and bulk vitamins. At times, David was responsible for operations, maintenance, process/project engineering, QA/QC, R&D and packaging and warehousing departments. Over those years, David conducted incident investigations and various HAZOPs and PSSRs as required by OSHA PSM. While at Eisai USA, David began legal studies at South Texas College of Law. He graduated in December 2000 and was licensed as an attorney in Texas in May 2001. He is currently admitted to practice law in Pennsylvania and Virginia, all Federal Courts in Texas, the Federal Court for the Eastern District of Pennsylvania, and the US Patent and Trademark Office. From 1999 to 2014, David worked as a plaintiffs’ personal injury attorney at Williams Kherkher. While there, he managed several of the firm’s pharmaceutical and medical device mass tort dockets; Actos, Alloderm Bio-prosthesis, Kugel Mesh Hernia Patch, Medtronic Sprint Fidelis Lead, NuvaRing, Reglan, and Yaz. He also represented contractors and employees injured, and in one instance killed, in incidents occurring in chemical and manufacturing facilities in the greater Houston area. From 2001 to 2014, David provided part-time intellectual property protection and other fee-based services to individuals and small businesses; including, estate planning, commercial litigation, contract review and drafting, legal entity creation, and patent, trademark and copyright prosecution. Since 2014 he has been doing the same full-time. David has continued his legal studies. In 2010, he earned a LLM in Intellectual Property & Information Law and in 2016, a LLM in Tax Law, both from UH Law Center.