Due to a late cancellation from the Omni we have been forced to change location for this Friday's FFNL to the Wyndham Houston West Energy Corridor located at 14703 Park Row Dr, Houston, TX 77079. Look forward to seeing everyone on Friday and we apologize for the late change.

We welcome you to listen in on a presentation about climate, specifically here in Texas, and how we can effect it through the use of specific programs. The presentation will describe some of the local impacts of climate change in Texas, NOT discuss the science of climate change. Also, it will provide descriptions of several options of pricing CO2 equivalents and the relative merits of such approaches.  Lastly, the economic impact of Carbon Fee and Dividend (CF&D) will be described in the presentation.

Have suggestions, ideas, comments or want to speak at a future FFNL? Please contact Fabian Solberg at 815-307-5746 or fabian.solberg@eisenmann.com. 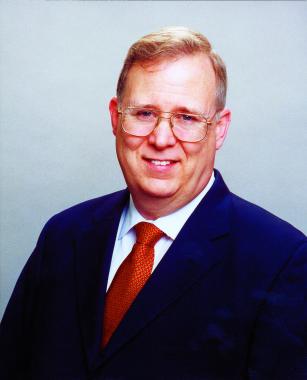 Dr. Kremer obtained his PhD in physical chemistry from the University of Utah in Salt Lake City Utah and his BS in Chemistry from the University of Texas at Austin. He was a visiting fellow at the Nuclear Physics Institute in Amsterdam Netherlands where identified radioactive sulfur containing molecules produced in particle accelerators.  In post doctoral studies at Yale University he studied reaction products of high energy Tritium atoms with hydrocarbons.  His 38 year industrial career involved many aspects of the chemical and energy industries.  As Senior Technology Advisor at Baker Hughes, he was involved in many areas including handling of hydrocarbons form hydraulic fracturing operations, processing various feed stocks in refineries including biomass based feed stocks, carbon capture and storage, and reducing hazards handling hydrogen sulfide.  He worked on evaluating new technologies, particularly from small stat up companies.

For many years he led the sessions on Desalting at the National AIChE conventions.  He was a Director of the Fuels and Petrochemicals section of AIChE.  He last spoke at an AIChE conference at the Spring Meeting in New Orleans in 2014. Since retiring, he has been an advisor to companies in energy area and working on sustainability. He has over 50 publications and 19 issued US patents.