On May 11th, FOSSI founding partners AIChE, ACC, Chemours and HBCU Week Foundation announced a major milestone for the Future of STEM Scholars Initiative. With funding from 43 chemical manufacturers and related industry stakeholders, the inaugural goal to fund scholarships for 150 students majoring in science, technology, engineering, and math (STEM) at Historically Black Colleges and Universities (HBCUs) has been met and surpassed.

FOSSI will support 151 scholars in its inaugural year, at an investment of $7.2 million dollars. Multi-year commitments from sponsoring organizations have raised an additional $4 million in support of future scholars.  The 151 scholarship recipients represent 28 states, with students planning to attend 26 HBCUs.

Over 1,700 students applied for FOSSI scholarships, and it is clear there is a vast pool of talent waiting to be tapped. The founding partners are looking forward to building on this initial effort to fully ensure that more young people are given a chance to succeed in the STEM profession.

The Future of STEM Scholars Initiative was showcased at a roundtable discussion at the 2021 AIChE® Virtual Spring Meeting and 17th Global Congress on Process Safety. AIChE’s Executive Director & CEO, June Wispelwey kicked off the meeting with an overview of the program and a short film. Ashley Christopher, CEO of HBCU Week Foundation, followed Wispelwey with a brief history of HBCUs, and the importance of an HBCU education. Christopher spoke movingly of the reactions of students and parents to receiving the good news. 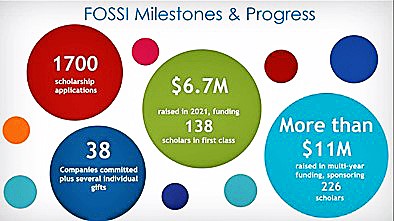 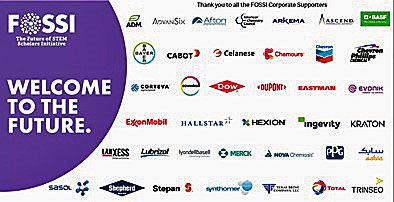