On June 9, 2009, a natural gas explosion occurred at a meat processing plant in Garner, NC, causing a release of 18,000 lb (8,165 kg) of ammonia and a section of the building to collapse. Three workers were killed, four workers were critically burned, and 71 people were sent to the hospital. Three firefighters were exposed to toxic anhydrous ammonia leaking from the plant’s refrigeration system.

While installing a new gas-fired water heater in the meat processing plant’s utility room, workers from the water heater manufacturer used natural gas to displace the air in the new gas line. The purge gas vented into the utility room, and an exhaust fan provided some ventilation. However, the employees did not use a combustible gas detector to monitor the area. Instead, they relied on smell to determine when the piping had been effectively purged of air and whether or not an unsafe release of natural gas occurred.

While some nearby employees smelled gas, others did not report the odor. Personnel who did notice the gas odor were not concerned. They assumed that the presence of the smell was a normal part of starting the water heater. Employees from both the manufacturer and site were unaware that the purging had created a dangerous accumulation of natural gas in the utility room that exceeded the lower explosive limit (LEL). The utility room contained several potential ignition sources, including unclassified electrical devices, that may have ignited the gas. Read the U.S. Chemical Safety and Hazard Investigation Board (CSB) Report No. 2010-12-I-NC-1 for more information on this incident. 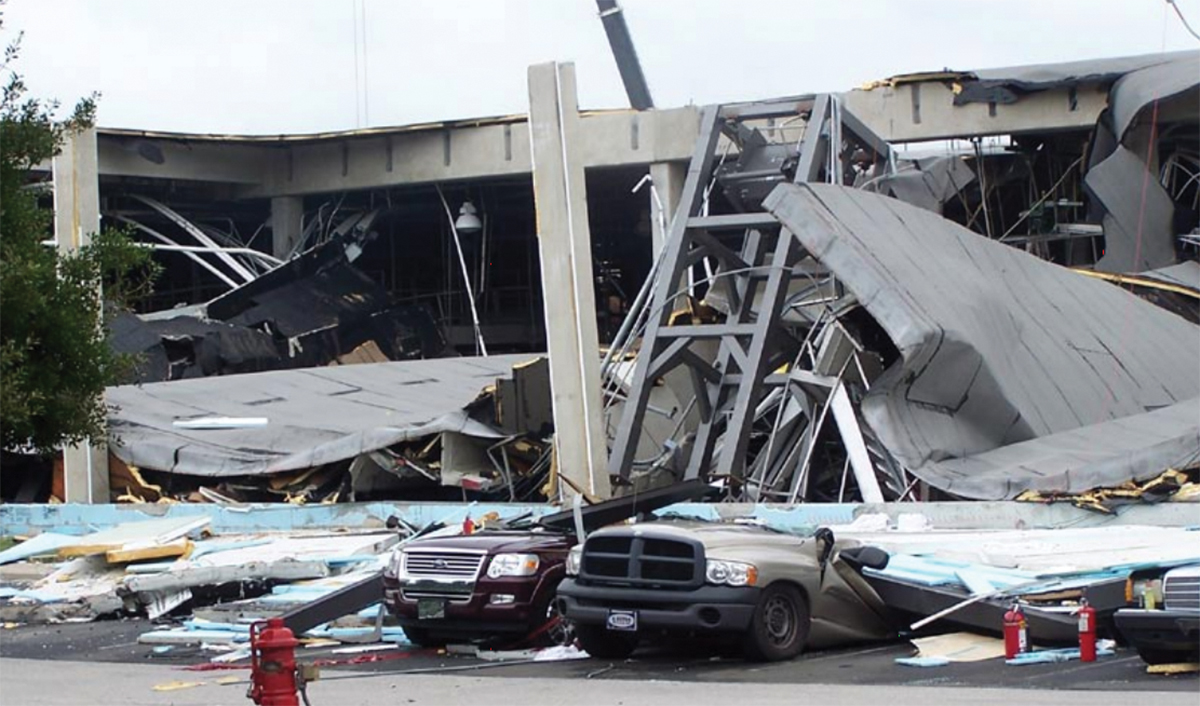 ▲ A natural gas explosion at a meat processing plant caused a structural collapse and an ammonia release. Image courtesy of the U.S. Chemical Safety and Hazard Investigation Board.

Do not rely on your sense of smell to detect hazardous gases!

©AIChE 2021. All rights reserved. Reproduction for non-commercial, educational purposes is encouraged. However, reproduction for any commercial purpose without express written consent of AIChE is strictly prohibited. Contact us at ccps_beacon@aiche.org or 646-495-1371.

Riding a Wave of Waste to a Clean Energy Future

While natural gas is traditionally sourced from wells dug deep within the Earth, it can also be made from decomposing organic waste, which yields biomethane or renewable natural gas (RNG).

Food and beverage waste can be combined with manure from farms in anaerobic digesters to produce renewable natural gas (RNG).

Incorporating RNG into the Gas System

Riding a Wave of Waste to a Clean Energy Future; Upgrading Biogas to RNG; Farm-Based Anaerobic Digestion to Catalyze Decarbonization;  Incorporating RNG into the Gas System

Step into the Digital Age with Python

The programming language for everybody is for chemical engineers, too.

This month, our Back to Basics article may seem straightforward to some readers and completely foreign to others, depending on when you went to school.

With funding from the National Science Foundation (NSF), PC Krause and Associates (PCKA) developed a passive radiative metamaterial that can serve as an economical, ultra-cool metal roofing product.

AIChE has created the Food Engineering, Expansion and Development (FEED) Institute, an AIChE Technological Community, to solve some of the challenges of the food industry through collaboration.

The pandemic has highlighted the need for cross-disciplinary communication and collaboration, as well as the importance of cross-disciplinary literacy. Scientists and engineers must have a basic understanding of disciplines beyond STEM. Likewise, those outside of STEM must have some comfort and...

This November, chemical engineering researchers, educators, and innovators worldwide will once again gather in-person when AIChE conducts its 2021 Annual Meeting in Boston, MA. A virtual version of the Annual Meeting will be available to all meeting registrants, including those who cannot travel to...