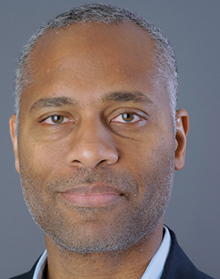 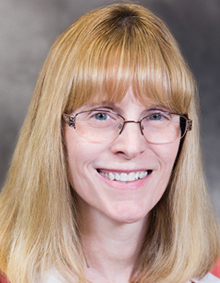 Guillermo Antonio Ameer is the Daniel Hale Williams Professor of Biomedical Engineering and Professor of Surgery at Northwestern Univ. He has pioneered cross-linked biodegradable polyesters for tissue engineering and regenerative medicine applications. His research has been translated into products used by researchers, scientists, and engineers in the fields of materials science, chemical engineering, biomedical engineering, and tissue engineering, as well as orthopedic products composed of citrate-based polyesters. He is a founding board member of AIChE’s Regenerative Engineering Society and an associate editor of the journal Regenerative Engineering & Translational Medicine. 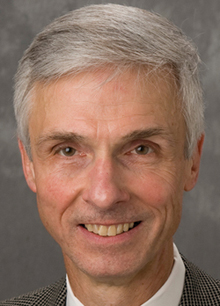 Kathleen A. Kas, P.E., is Process Safety Expertise Leader for the Dow Chemical Co., where she has global responsibility for Dow’s Reactive Chemicals Program and its related process safety standards and technologies. Her career at Dow and Rohm and Haas spans 32 years, with positions of increasing responsibility in manufacturing, R&D, finance, and process safety. She has chaired AIChE’s Safety and Health Div. and currently chairs AIChE’s Loss Prevention Symposium. She is a coeditor of the CCPS book Layer of Protection Analysis, and recently organized two AIChE/CCPS faculty process safety training workshops. 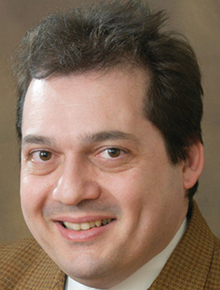 Michael R. Ladisch is Director of the Renewable Resources Engineering Laboratory, and Distinguished Professor of Agricultural and Biological Engineering at Purdue Univ.’s Weldon School of Biomedical Engineering. His research addresses transformation of renewable resources into biofuels and bioproducts, bioseparations, and food pathogen detection — documented in textbooks, journal articles, and 20 patents. He was CTO of Mascoma Corp. and serves on the scientific advisory board of Agrivida. He is a member of the National Academy of Engineering and the National Academy of Inventors, and was named one of AIChE’s 100 Chemical Engineers of the Modern Era. 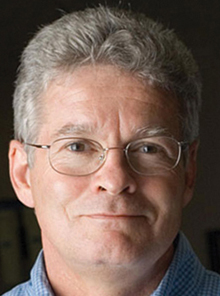 Nicholas V. Sahinidis is the John E. Swearingen Professor and Director of the Center for Advanced Process Decision-Making at Carnegie Mellon Univ. He joined Carnegie Mellon in 2007 after 16 years on the faculty at the Univ. of Illinois at Urbana-Champaign. His research has included the development of theory, algorithms, and the BARON software for global optimization, and he has been recognized with numerous honors, including the AIChE CAST Div.’s Computing in Chemical Engineering Award. He served as program chair for AIChE’s Area 10a (Systems and Process Design) and is a consulting editor of AIChE Journal. 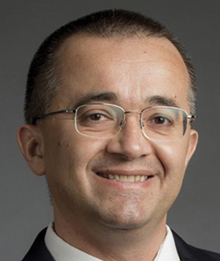 James R. Swartz is the James H. Clark Professor of Engineering at Stanford Univ., where he is a founding faculty member of the Dept. of Bioengineering. His research on the complex metabolism in a cell-free environment has applications in pharmaceutical protein production, improved vaccine architectures and antigens, targeted cancer imaging agents, and hydrogen production from sunlight and biomass. He is a cofounder of Sutro Biopharma, Inc., which develops cell-free protein pharmaceuticals; GreenLight Biosciences, a cell-free metabolic engineering company; and Bullet Biotechnology, which develops personalized cancer vaccines. He is a member of the National Academy of Engineering. 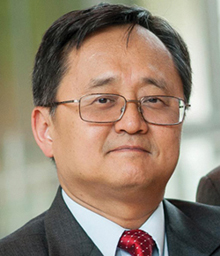 Manolis Tomadakis is a professor and head of the Chemical Engineering Dept. at Florida Institute of Technology. He teaches courses in fluids, heat and mass transfer, and separation processes, and his research focuses on the development of computer simulation algorithms for estimating transport, reaction, and nuclear magnetic resonance properties of porous and composite materials. He is a longtime officer of AIChE’s East Central Florida Local Section, and he has been active in AIChE’s student programming, serving as a member of the Student Chapters Committee, a student chapter advisor, and a contributor to AIChE’s Southern Regional Student Conference.

Achemical engineering professor at Purdue Univ. has taken an extra step to send his school’s recent ChE graduates on a prosperous career path.

Sangtae “Sang” Kim, Distinguished Professor and the Jay and Cynthia Ihlenfeld Head of Purdue’s Davidson School of Chemical Engineering, has championed Purdue’s decision to fund one year of AIChE Young Professional (YP) membership for the school’s entire 2017 class of graduating chemical engineers. Under a new AIChE policy adopted for the 2017–2018 membership year, newly graduating AIChE student members will receive a complimentary first year of AIChE YP membership, before being billed for membership dues in the second year. Purdue has agreed to cover the alumni’s second year of YP membership. Kim and Purdue are underwriting the gift of membership through a donation to the AIChE Foundation.

A Trustee of the Foundation, Kim says that part of his motivation for arranging the graduation gift stems from his desire to help secure a strong, modern AIChE — an organization that he considers a linchpin in his own professional development and career satisfaction. “Along with the institutions where I received my education,” says Kim, “AIChE has had the greatest impact in shaping my professional career. Most importantly, as my career progressed through multiple sectors, AIChE has played the most important role in keeping me connected with other chemical...

Plug the Holes in the Swiss Cheese Model

This article describes several variables to consider when selecting a steam boiler — from choosing a boiler configuration to understanding boiler water chemistry.

Use statistical analysis to find a cure for a “sick” wastewater treatment plant.