Application of Magnetic Fields and Colloidal Systems to Overcome Difficulties in Microscale Assembly, Movement and Control 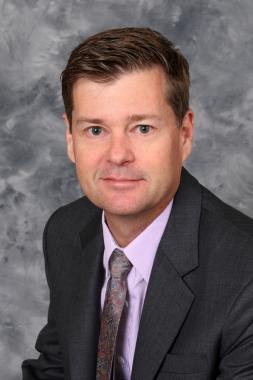 Menu: Pizza, salad, lemonade, cookies. If you have special dietary needs, please communicate those to AIChE when you RSVP.

Please RSVP by Friday, January 22 (early RSVPs are greatly appreciated!) You may RSVP via email at rockyaiche@yahoo.com indicating your name, phone number, and number of attendees and pay at the meeting. Or you may RSVP and pay online by selecting your membership level in the Paypal drop down box and clicking on the "Buy Now" button below to pay by credit card.

Cost:  Members $20; Non-members $25, Unemployed $10;  CSM Students FREE (you must RSVP via email at rockyaiche@yahoo.com); Add $5 for attending meeting without RSVP

Meeting Synopsis & Biography:
At microscopic sizes, the forces required for colloid and cell manipulation are on the order of only a few picoNewtons, magnitudes achievable using applied external fields including optical trapping, magnetic field, and electric field-based methods. Despite the relatively small magnitude of the forces necessary, propulsion at the microscale requires unique strategies such as the undulating or rotating filaments that microorganisms have evolved to swim. These features can be difficult to artificially replicate and control however, limiting our ability to actuate and direct engineered microdevices to targeted locations within practical timeframes.

In this talk, I will demonstrate how applied magnetic fields and colloidal systems can be used to overcome many of the difficulties associated with microscale assembly, movement and control. Specifically, I will show that we can reversibly assemble wheel-shaped devices in situ from individual colloidal building blocks and also drive and direct them along surfaces at velocities faster than most other microscale propulsion schemes. Our goal is to employ such devices in biomedical applications where rapid targeting is an important need.

Complementing therapeutic capabilities, the need for inexpensive and widely-available medical diagnostic devices has led to our interest in the manipulation of cells. Recently, the mechanical testing of cells using optical forces has shown significant potential as a reagent-free method for the differentiation of type and the detection of disease. Limiting its utility however is the low throughput associated with the isolation and probe of individual cells in a sequential fashion. To overcome this, we show how deformation measurements can be done on individual cells and with good throughput using optical forces in microfluidic systems. This approach may be integrated with other optical-based detection technologies, lowering cost and increasing the availability of practical platforms for both laboratory and point-of-care applications.

Prof. David W.M. Marr holds a BS in Chemical Engineering from the University of California, Berkeley and MS and PhD degrees in Chemical Engineering from Stanford University. His research interests lie generally in the use of applied fields within microfluidic devices for fundamental assembly investigations and the development of biomedical devices. Over the course of his career at Colorado School of Mines, he has received the NSF Career Award, the 2007 Dean’s Excellence Award, the 2014 Faculty Senate Distinguished Lecturer, has been an Alexander von Humboldt Fellow and a speaker at the National Academy of Sciences Frontiers of Science program. In addition to publications in journals including PNAS and Science, Prof. Marr has 7 issued patents.