The Great Debate – Innovation and Entrepreneurial Excellence in the Chemical Space

Three invited entrepreneurs are given questions from a moderator on the topics of interest to anyone who would want insight into ways to approach innovation and entrepreneurial excellence. The debate format allows for specific details to be presented along with opinion based approaches to common questions. It will be fast paced and a informative event with high energy and interaction.

Dan Gordon
Dan Gordon has earned a reputation for being one of America’s premier brewing engineers during his 28-year tenure at Gordon Biersch Brewing Company. He is the first American in more than 40 years to graduate from the prestigious five-year brewing program at the world-renowned Technical University of Munich in Weihenstephan, Germany.
Dan currently oversees the brewing operations at the Gordon Biersch brewing and bottling facility in San Jose, CA, where he ensures that all of his beloved brews are crafted using the highest-quality ingredients with the closest attention to detail.

Steve Hahn
Steve joined Dow in Midland, Michigan in 1982 and has worked in a variety of business and corporate research and new business development functions at Dow prior to assuming his current role in 2007.
As Research Fellow, Steve leads Dow’s effort to identify emerging, strategically aligned chemical, materials, water and energy related business opportunities. He is focusing on the North American West Coast region and is currently located in the San Francisco/Silicon Valley area of Northern California.
Steve has a B.S. in Chemistry from Michigan Tech and an M.S. in Chemistry from Central Michigan University. He holds 38 issued U.S. Patents, has 40 publications in refereed journals, and 6 chapters in scientific reference books. Steve was named a Dow Inventor of the Year in 1990 and 1996, the Distinguished Alumni Lecturer at Michigan Tech in 1996 and 2003, and received the Dow Excellence In Science Award in 1999. He was a Visiting Professor of Chemistry and IPrime Scholar at the University of Minnesota in 2002.
He received the American Chemical Society Cooperative Research Award in 2008 and the Council for Chemical Research Collaboration Award in 2010. He has represented Dow on Advisory Boards at the University of Connecticut and at Michigan Tech. Steve also serves on the advisory board for the Global Social Venturing Competition at the Haas School of Business at UC-Berkeley

Virginia Tureyzn
Virginia has more than 30 years of high technology, investment, strategic planning, mergers and acquisitions, finance and executive management experience across a variety of market sectors. The hallmark of her career has been to successfully launch new initiatives, build cohesive teams and assist entrepreneurs in maximizing value. Virginia has direct investment experience as an early stage venture capitalist, as a crossover / private equity investor and has also made personal angel investments.
Virginia is currently a Managing Director at 38 Degree Advisors, a boutique advisory services and M&A transaction firm. Previously she was Senior Vice President of Business Development and Strategy at EAG, Inc., a global leader in outsourced high-end services. She built the fastest growing and highly profitable division from the ground up via four pivotal acquisitions and assisted in integrating the business units. She was recruited by the CEO with whom she had worked previously at American Capital. At American Capital, Virginia was Managing Director and Co-Head of a new private technology initiative launched in Palo Alto, CA and Boston, MA. She built a bi-coastal team and spearheaded the Firm’s investments in various highly successful internet and media growth businesses including industry roll-ups and follow-on strategic acquisitions.
Previously, Virginia was an early stage venture capital investor. She spent three years in NYC with Constellation Ventures II, a digital media, internet and communications focused Fund. She joined two digital media professionals and assisted them in restructuring and selling several businesses amidst turbulent market conditions and making successful new investments. Earlier in her career, in the mid-1990s, Virginia was a co-founder and partner in Information Technology Ventures and a successor fund, Infinity Capital. The Funds raised over $400 million targeted at early stage technology venture investing over a nine year span. During this period, Virginia was named to the Forbes Midas List and was recognized by Money Magazine as one of the Smartest Women in the Money Business.
Virginia’s career also included twelve years at Morgan Stanley in New York and later Silicon Valley. She helped establish a west coast technology investment practice as part of the Venture Capital group. Previously, Virginia began her business career at Ernst & Young and was a Senior Accountant and CPA for a diverse set of clients and industries.
Virginia holds FINRA Series 24, 63 and 79 licenses.

Marc Privitera
Marc develops technology, leads projects and builds companies. A chemical engineering leader for 30 years, routinely recognized as the go to guy for getting the job done. His infectious enthusiasm and passion for excellence drives innovative applications to commercialization. With a positive attitude, the “we will find a way” mantra comes to life. He has spent time in the corporate world and now successfully delivers in the fast paced world of venture capital funded entrepreneurial efforts. From billion dollar chemical mega projects to the initial throws of a new start up delivering first in the world applications, Marc has delivered a wide variety of chemical engineering success.
In addition to his industrial pursuits, Marc trains the next generation of chemical engineers as an industry based professor at San Jose State University. He created and continues to deliver Chemical Engineering 199 – Biofuels Process Engineering, an upper division elective course unique to the Chemical Engineering curriculum.
Marc’s wife is a chemist, his oldest son is a civil engineer, his younger son a chemical engineer and daughter is currently a mechanical engineering student. You will find Marc chasing snowstorms throughout the winter catching as much skiing and snowboarding as possible.

Christina Borgese
Christina builds first of their kind technologies from idea inception to commercial scale.
She is recognized as a leader in process development, engineering, construction, and commercialization delivering customized technical solutions to new entrepreneurial efforts as well as established industrial operating companies. Her engineering adventures include projects as large as one billion dollars in the mining, refining, lithium, food, pharma, consumer product, water, wastewater, energy, and renewables markets.
One of her specialties has been the reduction of complex experimental plans to simplify and focus the effort. Using a data based method qualification and statistically sound validation method, Christina is able to develop the tools that allows indicative testing on the floor to become an operating tool that speeds development and solves problems while keeping the needed technical rigor by implementing the needed referee methods in the lab.
Christina is a pioneer of the team of teams approach. She has adjusted the traditional EPC model into an Integrated Technology Provider (ITMP) model. This ITMP model utilizes a team of teams comprised of world-class TMPs with an experienced Owner’s Representative orchestrating the overall multiorganizational project integration. The benefits of the ITMP model over the EPC model improve the cost, schedule, and communication to the owner. 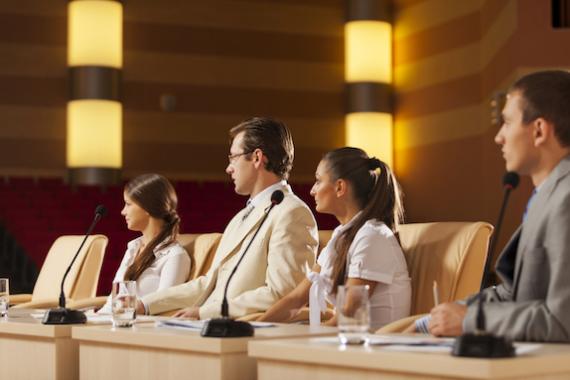