* Due to changes in the methodology used to field the 2017 initial placement survey, AIChE and the independent research firm Downs & St. Germain warn against directly comparing data between 2017 and previous years. 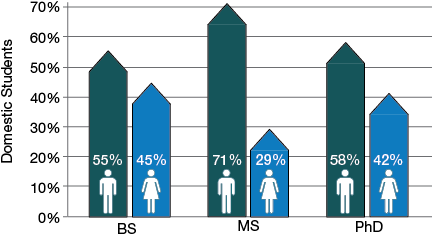 ▲Figure 1. The gender divide was largest among students graduating with MS degrees from U.S. schools. The split of male vs. female students studying chemical engineering was smallest among BS-level graduates. 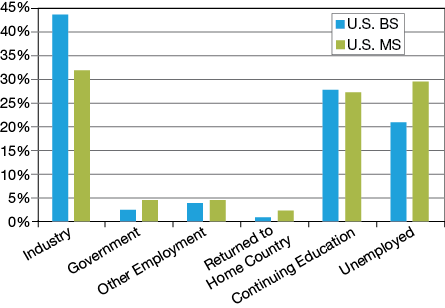 Industry is a less popular destination among PhD graduates, accounting for only around 20% of those surveyed (Figure 3). As expected, a large portion of the PhD graduates have chosen academic careers — almost a quarter of all respondents. Interestingly, almost 10% of U.S. PhD graduates are pursuing government employment. At the time the survey was taken, many PhD respondents indicated that they were unemployed because they were finishing their PhD requirements. 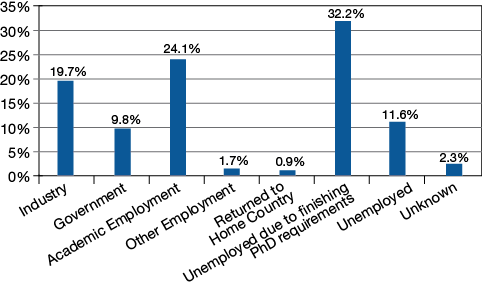 ▲Figure 3. Academic positions are the most popular form of employment among PhD respondents graduating from U.S. schools. At the time of...