What the Heck Happened? Past, Present & Future Disruptions to the Chemical/Fuels Business | AIChE
Skip to main content

What the Heck Happened? Past, Present & Future Disruptions to the Chemical/Fuels Business

This session will focus on major disruption forces since the 60's and their impact on the chemical business and chemical engineering. 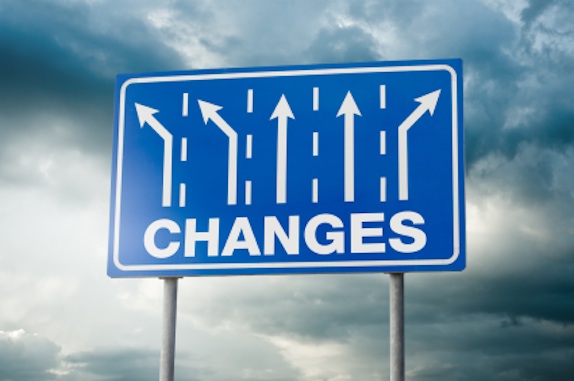 This session will focus on major disruption forces since the 60's and their impact on the chemical business and chemical engineering.

Supported by the generous donors of the AIChE® Foundation

The Impact of Shale Gas and Oil on the Chemical Industry

Lower alkanes and aromatics are very useful as both fuels and chemical raw materials.  Occasionally supply disruptions constrained availability but also encouraged investigation of alternative feedstocks and chemistries.  Recent new technologies for the production of unconventional gas and oil sources from tight shale formations significantly increased availability of both methane and condensate, radically altered process economics, resulted in the construction of much new intermediates capacity, and multiplied the ways traditional and alternative chemistries might be exploited.  This presentation will outline historically how natural gas components became useful as chemical feedstocks, how government regulations occasionally led to perturbations in availability and price, how supply crises led to the development of alternative chemistries, catalysts, and ultimately the exploitation of shale resources.  More specifically, will be discussed how excess coproducts, especially condensate, from increasing shale gas and oil production for energy are having significant unexpected impacts on the chemical process industries and opportunities for new process chemistry research.

Sustainable Energy and Chemicals:  Past, Present, and Future

The last 40 years has seen the U.S. energy situation vacillate from gasoline rationing and concerns over Peak Oil, to projected energy and feedstock prices that were noncompetitive in global markets for chemicals production, to the economic revolution of frack gas and light tight oil.    The importance of low cost energy and feedstocks in driving economic opportunity will be discussed relative to this history, along with the importance of sustainability in decision making to gain stakeholder buy-in and acceptance.  Strategies for managing career paths and competencies despite changing targets and high uncertainty will be addressed.

Disruptions: What the Future May Hold

Disruptive forces are all around us.  They change the way we communicate and work.  They change the way we develop goods and services.  They also change the types of products that are manufactured.  Examples such as the way in which we produce and consume energy or the feedstocks we use to produce product have seen many changes over the course of the last few decades, and these disruptions are expected to continue.  The chemical engineering discipline and the expectations for a chemical engineer’s skills has also changed and adapted as a result of these disruptive forces.   A discussion of the broad themes associated with these forces and the implications that they may have to chemical engineers in the future will be discussed.

Geopolitical Factors Influencing the Evolution of the Chemical Industry

The basic chemicals and plastics industry is built on a simple principle: find a cheap feedstock and convert it into something more valuable. However, the right feedstock depends on place and time. Certain policies and actions of various governments have influenced the evolution and profitability of the chemical industry during the past 50 years, sometimes in surprising ways.  For example, high oil prices and US government funding encouraged the development and commercialization of coal gasification technology during the late 1970s and early 1980s. This enabled China to develop a competitive basic chemical industry using coal as a feedstock during the last 25 years. Similarly, an abrupt increase in oil prices during the first decade of the 21st century encouraged the present shale gas revolution, causing a major shift in the economy of producing basic chemicals and polymers in the US. If history is our guide, then what governments choose to fund and regulate may be as important as market forces in determining the shape of our industry and profession in the future.

Agility & Resilience: How to Maintain Career Competitiveness in the Changing Chemical Industry

The world around is changing. The shift to protectionism, global instability and price volatility of raw materials and feedstocks has the potential to wreak havoc on the chemical industry. With the revolution of shale gas in North America and the sudden drop in feedstock costs, the chemical sector in the US has reasserted its historic dominance. Learn how the role of a chemical engineer can contribute to industry growth and resilience, while adapting to allow for personal agility throughout the career life cycle.