The main challenge of these poly-generation systems is dynamically following the electrical grid load-demand with intermittent renewable energy. To support increased use of integrated energy resources that supports poly-generation, the relative amounts of energy from each source is varied resulting in modulated production. Varying the feed ratio of multiple energy sources and products generated, a hybrid system can load follow with transient imbalance between supply and demand balanced using base-load energy resources in a Microgrid.

Possible hybrid configurations have been evaluated to find systems that combine local energy resources to efficiently provide electric power, syn-fuels and chemicals. Given the existing infrastructure of installed generating capacity associated with nuclear and fossil-fired power generation, hybrid systems must involve these sources. One possible configuration uses heat and electric power generated in existing base load systems to operate a High Temperature Co-Electrolysis (HTCE) plant to split water and carbon dioxide into hydrogen and carbon monoxide.

Electrolysis plants operate efficiently with intermittent renewable energy. A fossil fired system can supply the required heat to operate the HTCE. When combined with a biomass gasifier, the hybrid system can either generate electricity directly or produce fuels and chemicals from the syngas. Variable hydrogen production from the HTCE due to intermittent renewable energy is made up by the biomass gasifier. During low demand, hydrogen can be stored for subsequent use in fuel/chemical production. The non-carbon production of hydrogen by electrolysis significantly reduces carbon emissions and improves environmental sustainability.

The biomass gasification also increases sustainability and provided added resilience to the system. To maximize economic performance, natural gas can be fed to a traditional steam methane reformer to supplement hydrogen production by renewable energy and biomass gasification. This hybrid system is an example of a “new world energy” configuration that has significant advantages of combining renewable energy with traditional energy to maximize operating efficiency.

Hybrid systems like this require some endothermic chemical reaction (in this case, electrolysis) to absorb thermal or electrical energy at rates which change frequently and on a scale of minutes to perhaps hours. Design and operation of a dynamic system like this requires advanced process control now possible with remote sensor technology and high-speed computers for model based control systems. This technology represents a major research focus in process intensification supported by AIChE’s RAPID program. 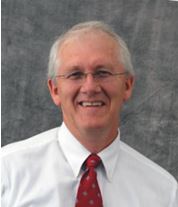