Congratulations to Dr. Thomas Adams, the winner of the CAST David Himmelblau Award for Innovations in Computer-Based Chemical Engineering Education! Dr. Thomas Adams II is is an Associate Professor and Associate Chair in the Department of Chemical Engineering at McMaster University in Hamilton, Ontario, Canada. He received dual bachelor’s degrees from Michigan State University in 2003, one in Chemical Engineering, and the other in Computer Science. He received his PhD in 2008 from the University of Pennsylvania under the supervision of Prof. Warren D. Seider and completed a postdoctoral appointment under Prof. Paul Barton at the Massachusetts Institute of Technology. He is also a licensed Professional Engineer, and is an Associate Editor with the Canadian Journal of Chemical Engineering and also with Frontiers in Energy Research. His primary educational contributions concern undergraduate and graduate course development concerning flowsheet synthesis and simulation, energy systems engineering, and computer-aided chemical engineering tools (most of which are available to the public), and the development of the book Learn Aspen Plus in 24 Hours. He is also the creator of PSEcommunity.org which hosts LAPSE: the Living Archive for Process Systems Engineering, which is the leading digital repository for PSE education, journal article preprints, and research materials.

Prof. Adams’ research focuses on the design and simulation of sustainable energy conversion systems, including areas such as synthetic fuels, alternative fuels, biofuels, fuel cells, waste-to-energy, integrated community energy, polygeneration, and process intensification. The primary goal of his research is to create new chemical process systems and devices which will lead to worldwide global change in the way we make and use energy, following the principles of the triple-bottom-line of sustainability.

Prof. Adams has received numerous awards for his research and service, including the Canadian Journal of Chemical Engineering’s Lectureship Award, the Canadian Society for Chemical Engineering’s Emerging Leader of Chemical Engineering Award, membership in Industrial & Engineering Chemistry Research’s 2018 Class of Influential Researchers, an Ontario Early Researcher Award, a Joseph Ip Distinguished Engineering Fellowship, the President’s Award for Excellence in Graduate Supervision, and is now honored as a University Scholar at McMaster University. His research has been featured in the popular media such as in Bloomberg TV, Wired, Scientific American, the Discovery Channel, and on various TV and radio programs in the US, Canada, and Europe. But he is much more proud of the accomplishments of his graduate students, who include a Vanier Scholar, an Ontario Trillium Scholar, a Governor-General’s Medal recipient, and who are active researchers and engineers all over the world. 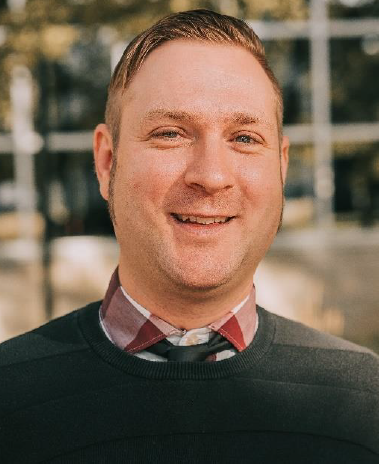