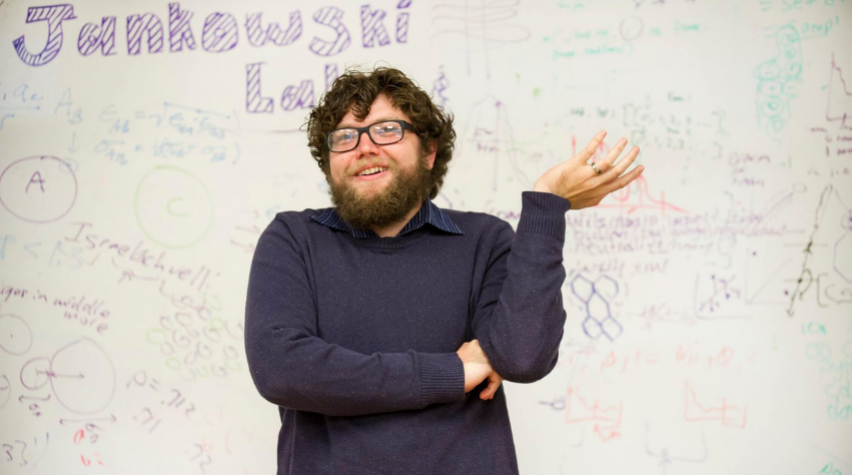 All aforementioned initiatives are supported by the AIChE Foundation's Doing a World of Good Campaign. In this installment of our series, we interviewed Mike Henry, who shared his story as an LGBTQ+ ally and PhD candidate at Boise State University in the Micron School of Materials Science and Engineering.

I’m a PhD candidate at Boise State University in the Micron School of Materials Science and Engineering. I develop coarse-grain models to study molecular self-assembly. I’ve completed my coursework, so now I spend the day running simulations, analyzing data, reading scientific papers, and writing my dissertation.

I’m studying self-assembly because we need better manufacturing techniques to create the next generation of materials that will help tackle the existential threat of global climate change. I’m fortunate that I work in the Computational Materials Engineering Laboratory, and despite the physical lab being closed due to COVID-19, I can still get research done since my virtual lab is my laptop. I can read papers, write, start simulations on supercomputers, and analyze data all from my laptop.

I think the lesson is that even if no one is “out” in your organization, you still need to create an environment where people are comfortable being themselves. It is too late to wait for someone LGBTQ+ to show up before working to help make things welcoming and safe.

Can you recall an experience or the first experience when you identified as an ally of LGBTQ+ people?

It is hard to pick when I first identified as an ally. I was raised in a way where being LGBTQ+ wasn’t seen as bad or a negative thing, so I don’t have an experience of rebelling against my parents. The high school I went to wasn’t religious, but it was a charter school that was dominated by conservative Christians. While I can’t recall the first experience when I identified as an ally, I can recall my first experience of activism.

During my senior year I organized my high-school’s participation in “The Day of Silence” which is an international event to raise awareness of the effects bullying has on the LGBTQ+ community by wearing red and taking a vow of silence during the day. I worked with the school administration to get permission for it and to inform teachers that those participating wouldn’t be taking part in class discussions.

There was some pushback from other students mostly for bigoted reasons. Some thought it was silly to do since no one was openly gay in my class of 47 students. However, 10 years later, several people in my class identify as LGBTQ+, so I think the lesson is that even if no one is “out” in your organization, you still need to create an environment where people are comfortable being themselves. It is too late to wait for someone LGBTQ+ to show up before working to help make things welcoming and safe.

Boise State’s Gender Equity Center provides resources for educators to learn more about how they can create inclusive classrooms, as well as provide resources to LGBTQ+ people. They also host rainbow graduation, which is an additional graduation ceremony to highlight the achievements of LGBTQ+ graduates. They provide resources to allies as well.

I was blown away by the quality of the workshop and panel. I didn’t realize how progressive some chemical engineering companies are and how dedicated they are to their LGBTQ+ employees. I hope other professional organizations can look at what AIChE is doing as a model for how they should run LGBTQ+ & Allies initiatives.

Are there instances when you have felt at risk when acting as an ally? If so, please elaborate. Do you have suggestions for other allies regarding resources that provide support for people in the role of ally?

In addition to being cis and hetero, I am also a white man, so I have had the privilege of not feeling at risk while acting as an ally. Although I have felt uncomfortable before. When I used to work for a political action committee that fought for gay rights in Iowa, part of the work I did was run phone bank events. While soliciting volunteers out on the quad, I was called a slur. I was really shocked by it.

The best thing an ally can do in my opinion is to be out as an ally! Get a pride sticker on your ID badge or have a pride flag at your desk. Put pronouns in your e-mail signature, and normalize the behavior of sharing pronouns at meetings. If you think that the environment you are in makes you uncomfortable having some pride-related swag, imagine how an  LGBTQ+ person feels just existing. Use your privilege to empower others. Maybe it takes a bit of work and approval to get safe space stickers approved to be displayed at work.  But as an ally, that can be the fight you take on so that someone who is LGBTQ+ doesn’t have to or doesn’t feel like they can without outing themselves.

Don’t bother engaging people who are unwilling to change. The people you want to educate are those who are just a bit uninformed but have the right intentions. Most people want to do the right thing but believe that they have to be really defensive since they don’t want to be labeled as homophobic or transphobic. I tell people that they need to listen— really listen—when someone from the LGBTQ+ community is talking.

Everyone makes mistakes, so it is important to listen and apologize. But a real apology, not a fake one. Saying “I’m sorry if I offended you” is not a real apology. I find that people say that because they are trying to communicate that they didn’t mean to offend anyone, but what they don’t understand is they don't get to decide if they offended someone. If someone says you offended them, you apologize, full stop. Don’t try and explain what you meant, just apologize and listen.

Have some pride stuff out, maybe a button or flag at your desk. When asking about a spouse, don’t assume the gender of the spouse. Understand that you don’t need to understand everything about queer culture to value and appreciate it. Be quick to apologize and don’t get defensive if someone corrects you. Also, don’t try and explain your rationale or why you thought a specific way.

In your opinion, why is AIChE's LGBTQ+ & Allies initiative an important one?

Many STEM disciplines suffer from the lack of representation. We need to inspire the next generation of chemical engineers to solve the issues plaguing our planet. We cannot afford to lose talented people because these disciplines don’t have any LGBTQ+ representation or because they don't attempt to make LGBTQ+ engineers feel welcome. It is also important to note that since chemical engineering has an “old boys club” problem. Since there's a large intersection between feminism and LGBTQ+ issues, by making chemical engineering more inclusive of LGBTQ+, it will also be more inclusive of women as well.

As a graduate student in materials science, I belong to a few different professional organizations. AIChE’s LGBTQ+ & Allies initiative is outstanding. I first got involved in the initiative at the 2018 annual meeting. I attended the workshop because I wanted to learn how I could be a better ally. I honestly didn’t have great expectations, because I’ve never really viewed professional organizations like AIChE as progressive. I was blown away by the quality of the workshop and panel. I didn’t realize how progressive some chemical engineering companies are and how dedicated they are to their LGBTQ+ employees. I hope other professional organizations can look at what AIChE is doing as a model for how they should run LGBTQ+ & Allies initiatives.

Networking! At every AIChE conference, I have expanded my professional network. AIChE also gives me a platform to share my research with the chemical engineering community. AIChE annual meetings are where I expand my professional network the most. My professional and personal goals are academic focused, so the education focused sessions have helped me see what established educators are doing to create inclusive environments.

I grew up in Gilbert, Arizona. I got my BS in math and physics at Simpson College in Indianola, Iowa. I moved to Boise in January 2015 to start my PhD in material science and engineering. In 2018, I got my M.Eng. and this year I plan on graduating with my PhD. I live in Boise, Idaho, with my wife, two cats, and a dog.

My wife and I enjoy taking road trips across the state to enjoy Idaho’s natural beauty. We haven’t been able to enjoy the wonderful eating, drinking, and shopping opportunities Boise has to offer due to the pandemic, but we are looking forward to enjoying what the city has to offer.

I’m also involved with The Carpentries, which is an international organization that teaches foundational coding and data science skills to researchers worldwide. The Carpentries utilizes evidence-based instructional practices along with welcoming and inclusive environments to maximize learning. 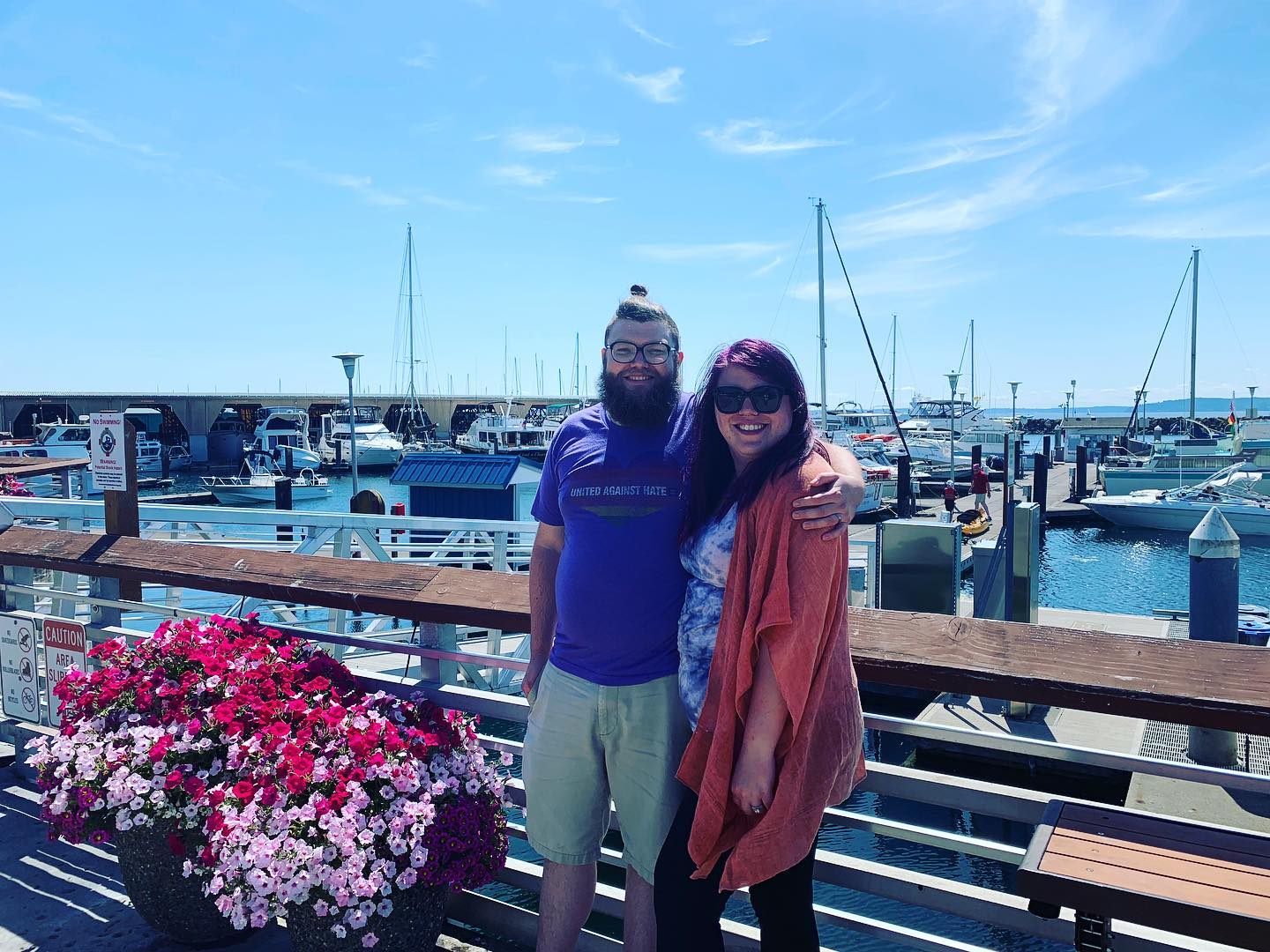 My wife came out to me as bisexual about a year after we got married. When she came out to me, my first thought was that it doesn't matter since we are both in love. But it really does matter since I cannot imagine coming out of the closet to my partner while in a committed relationship.

Everyone has a unique coming out story and everyone comes out of the closet in their own time. People have a lot of assumptions about how most people come out during college, but you are likely working with people who are still in the closet despite being well into their professional careers.

I think that the bisexual community has some unique challenges and misconceptions to overcome that people don’t really think about. Some people within the LGBTQ+ community don’t really accept them, and some bisexual people have a hard time feeling a part of the community because of their different lived experiences. I think it is important to bring as many people as possible into the community since we are all stronger together. 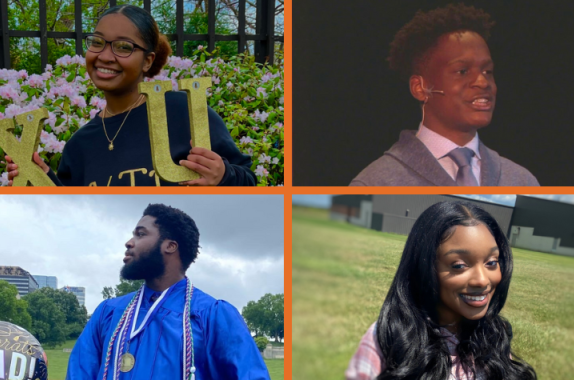 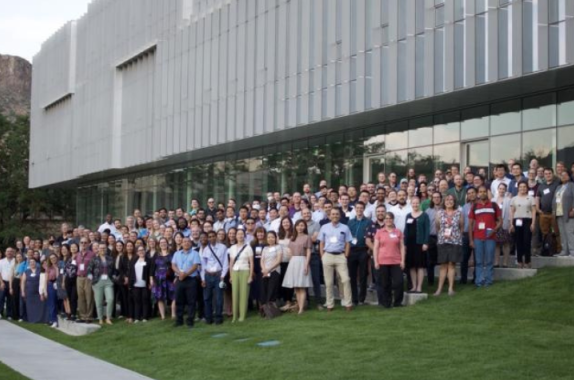 Hear how these faculty members early in their tenure-track positions benefited from their experience at the ASEE/AIChE Chemical Engineering Summer School (ChESS).