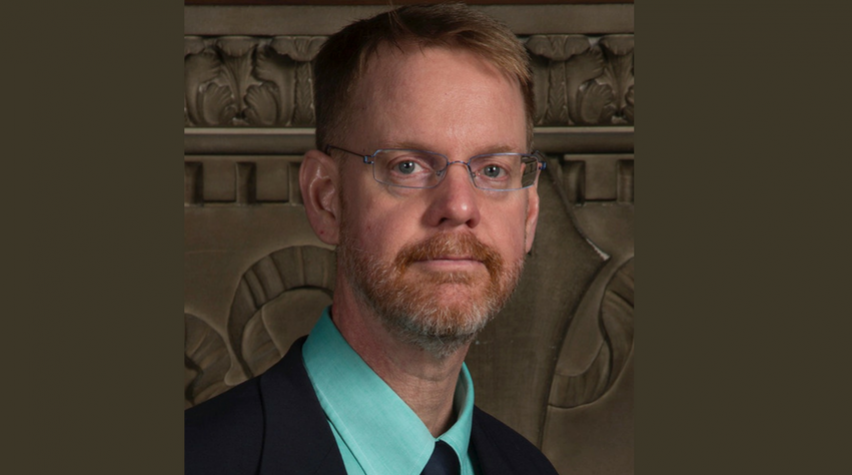 In continuation of its drive towards diversity and inclusion, AIChE presents this series on LGBTQ engineers. Other related efforts include Safe Zone Workshops, which were held at the 2015 Spring Meeting and the 2016 Annual Meeting and leadership receptions for LGBTQ members and allies. Here are photos from the most recent reception at the 2017 Annual Meeting.

All aforementioned initiatives are supported by the AIChE Foundation's Doing a World of Good Campaign.

In the fifth installment of our series, we interviewed Alon McCormick, who shared his story as an LGBTQ professor of chemical engineering.

What organization do you work for?

Where did you complete/are completing your chemical engineering education?

Undergraduate degree at Tulane University, and graduate school and postdoc at UC Berkeley.

How many years have you been a member of AIChE?*

Since being an undergraduate member, about 35 years.

Tell us a bit about your job and your job responsibilities. What about your professional or AIChE life would help AIChE members get to know you?

Throughout my career teaching at the University of Minnesota, I’ve had the opportunity to serve in various roles in AIChE. Years ago, I served mainly in the Materials Engineering and Sciences Division (MESD) and on the Program Committee. In recent years I’ve served on the Chemical Engineering Technology Operating Council (CTOC), on the Executive Board of the Program Committee, on the Education and Accreditation Committee, and as liaison from CTOC both to the International Committee and to the Societal Impact Operating Council (SIOC).

I’ve also had the chance in recent years to participate in diversity and inclusion efforts. I was honored to join a SIOC Diversity and Inclusion Task Force convened by Zenaida Otero Gephardt in 2014, and that led to my assisting efforts in AIChE to address LGBTQ+ inclusion. The following year I also got to participate in a project led by Stephanie Farrell in the American Society for Engineering Education, and funded by the National Science Foundation, to promote ally training for the benefit of LGBTQ+ students.

Tell us a bit about your experience as an out LGBTQ+ professional working in chemical engineering.

Since my teaching career started in the late 1980s, there has been a lot of progress in the  climate for LGBTQ+ chemical engineers.

Back then (and of course much more so earlier), in many environments both  LGBTQ+ and ally engineers experienced or witnessed discrimination much more frequently than today. We worked in a professional climate that was often not accepting, and sometimes not even tolerant. Compared to today, it was much more common for many LGBTQ+ engineers to encounter overt scorn or derision. What faced us at the time was the need to build a climate of improved tolerance and freedom from discrimination.

The guidance that I got then—from mentors, from family, and from the few LGBTQ+ role models I found in science and engineering—was to concentrate on building good professional relations and reputation, hoping to educate peers about the value of  LGBTQ+ people in engineering through these relationships. Even some of the more tolerant among my peers and senior colleagues, though, struggled with negative stereotypes, and they typically expected me to remain private about my own family life, conforming to a “don’t ask, don’t tell” climate. That advice may have been pragmatic for the reality of that era; indeed, I think we lost a lot of talent in science and engineering as LGBTQ+ people avoided, left, or were pushed out of the hostile environments more common back then.

Alon McCormick with his partner Stephen in Australia

So, in my early career, I tried not only to foster good working relationships, but also to cultivate allies, help counter bias where and when I could, and work with committees at the campus and community level toward more equality and for  LGBTQ+ student support. While the overall climate of the particular science and engineering environments I worked in were often largely tolerant, at that time it was not uniformly accepting. There were certainly occasions when I experienced or witnessed marginalizing behavior from peers, senior colleagues, and even from students.

For example, after confronting bias or creating awareness for LGBTQ+ causes, I was sometimes perceived as being too “out” and met with disapproval from individuals who felt I wasn’t “covering” my identity sufficiently to conform to then-current expectations.

In my own department and university community in Minnesota, and in my particular technical community (especially, then, in MESD), I was fortunate to find many colleagues who were professional and at least tolerant. I’m sure this tolerance was thanks, in part, to good will created previously by strong working relationships with diverse colleagues and to the growing general appreciation at the time for equality. There was growing awareness of the value of inclusion catalyzed by the work of AIChE’s Minority Affairs Committee (MAC) and Women’s Initiatives Committee (WIC) and other groups. I’m particularly grateful for the efforts of allies in those times. Though perhaps fewer and quieter than we enjoy now, they showed courage in helping to educate the professional and academic community about the value of being accepting of all colleagues’ contributions. I’m sure these allies’ supportive voices advocated for me behind the scenes when I was not even aware of their help, and I wish that all  LGBTQ+ engineers could have had such support back then.

Now, decades later, there are many more  LGBTQ+ scientists and engineers who are able to be themselves, open in varying degrees throughout their careers.  Their working relationships have helped the professional community gain much more experience working with and valuing peers who are diverse. We also benefit, of course, from much more education in our society, and with that education much more visibility and influence of allies.

Many more young engineers now rightly expect to work in a climate that is more accepting and inclusive, not merely tolerant, of  LGBTQ+ contributors. Many companies and organizations now recognize that a more inclusive climate is good for business, for recruiting, for the profession, and for society. Marginalization, discrimination, and disrespect are now recognized as both personally unprofessional and bad for the profession. LGBTQ+ and ally engineers are much better prepared to effectively address negative bias and promote professional working relationships. Allies are more willing to speak up to educate peers and articulate the value of an inclusive workplace.

There are still challenges. There is ample evidence that in some environments LGBTQ+ scientists and engineers still have trouble finding acceptance or even tolerance. A recent study in the American Physical Society (available at http://www.aps.org/programs/lgbt/) shows current critical issues reported by  LGBTQ+ physicists; for example, they “have faced uneven protection and support from legislation and policies” and “reported trouble identifying allies to help mitigate isolation, exclusion, or marginalization.” They find still that in many environments, “social norms establish expectations of closeted behavior.” Physicists “with additional marginalized identities faced greater levels of discrimination” and “transgender and gender-nonconforming physicists encountered the most hostile environments.”

First, I hope we LGBTQ+ AIChE members will continue to act as allies for each other, especially to better support young professionals and students, members who are transgender or gender nonconforming, and members with additional marginalized identities. Current allies in AIChE, and LGBTQ+ members, can also cultivate more allies from the whole membership, enabling them to help articulate the value of a climate of inclusion in our profession. Education can change minds. When we are able to help fellow AIChE members become more inclusive, some may also choose to become active new allies. The visibility of more Allies in AIChE will be especially helpful to LGBTQ+ members who find themselves in non-inclusive or even hostile professional environments. 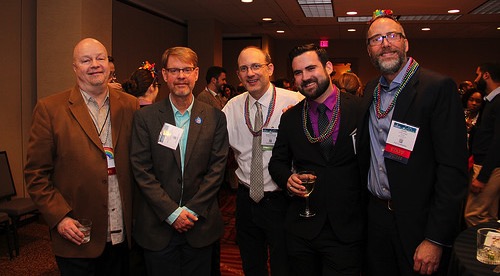 I hope that we LGBTQ+ AIChE members will continue to be supportive of the work of the Societal Impacts Operating Council and the inclusion work of its committees, such as MAC and WIC. The benefits I’ve experienced from the advocacy of allies keeps me mindful that I should strive to encourage inclusion for all engineers.

I am personally very grateful for LGBTQ+ inclusion and ally-development initiatives, both at Minnesota and in AIChE. The last two AIChE Annual meetings have featured receptions hosted by leadership for LGBTQ+ and Ally AIChE members. It was wonderful to see so many from leadership attend and lend their support; this helps show young professional members they have every reason to expect welcome in AIChE throughout their careers.

This community will launch mid-February, 2018. It's open to professional AIChE members who are LGBTQ+ & allies. Topics of discussion will include the ongoing development of LGBTQ+ initiatives within AIChE, plus issues concerning, and opportunities for, LGBTQ+ chemical engineering professionals. 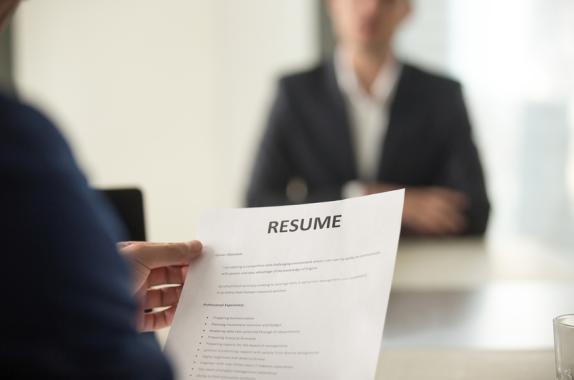 Having a plan and knowing what you want to accomplish are key to a great résumé. Read further for tips for building a plan that can help get the chemical engineering job you want. 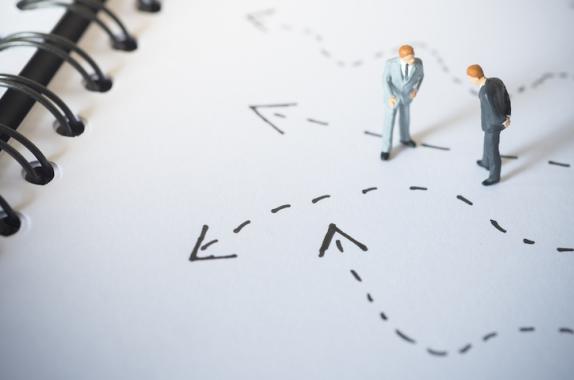 Longtime columnist Loraine Kasprzak moves on to other career goals of her own, but she leaves us with some of her very best advice from over the years.