The Food-Energy-Water Nexus — A Complex Balance 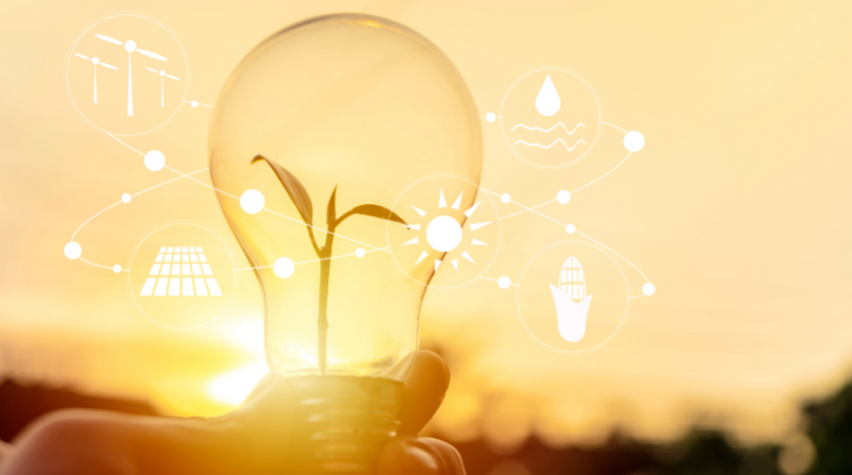 The food-energy-water (FEW) nexus can be broadly described as an approach that considers the interactions, synergies, harmonization, and tradeoffs between water, energy, and food. As of 2016, the United Nations estimates that although access to FEW resources has increased significantly within the past 15 years, about 800 million people are still considered food-insecure, about 800 million lack safe drinking water, and approximately 1.2 billion lack access to electricity (1).

Food production currently accounts for 90% of global consumption of fresh water and 30% of global energy consumption. Much of this water and energy is wasted, as 25–30% of food produced is lost at the post-harvest and processing stages. As the world population increases, so too will the demand for food and fresh water, along with the number of people battling malnutrition and poor health and sanitation. By 2050, water and food demands are expected to increase by more than 50%.

The vital need for optimizing resources

Currently, several factors exacerbate the issue of scarce and ineffectively used resources. For example, fossil fuel production, biofuel production, and shale gas extraction are water-intensive but are used widely to meet energy demands. Increasing urbanization and infrastructure expansion also make it difficult to manage resources efficiently. A growing population will require more food and clean water to maintain a good standard of living for all. It has become clear that optimizing resources within the FEW nexus is vital to ensuring resource security in the future.

A major topic related to the FEW nexus is the ability to reuse food waste by converting it to useful chemicals or energy sources. A research team at the Univ. of Connecticut, led by Julia Valla, focuses on converting food waste into biochars via pyrolysis. The biochars serve as precursors for the production of activated carbons, which can be used for water purification.

Food wastes can also be converted into biogas, which can be used as an energy source. A group of researchers at the Univ. of Texas at Austin, led by Michael Webber, established an analytical framework to assess the energy availability of consumer waste and determine the feasibility of replacing energy sources such as natural gas with biogas produced via anaerobic digestion. Webber et al. note that this framework could help legislators formulate policies regarding food collection and use programs.

Implementing such a program would have several advantages, as it would reduce the amount of food waste in landfills, as well as reduce natural gas usage, thereby minimizing greenhouse gas emissions. However, implementing a citywide consumer food waste collection program would come with a host of logistical challenges.

Waste-to-energy conversion is an emerging research area, as wet, solid, and gaseous wastes are high-impact resources that could be used to produce biofuels, heat, and electricity. Supercritical water gasification (SCWG), a process that can convert biomass to hydrogen-rich gas, has also gained popularity among researchers. Supercritical water (SCW), i.e., water whose temperature and pressure are above its critical point, has different properties than regular water and steam, including a different density, viscosity, and dielectric constant. These unique properties allow SCW to be used to dissolve and gasify organic compounds. Another method being studied by researchers is hydrothermal processing, which can be used to process diverse blends of waste feedstocks and is, therefore, a good option for use in industry.

Another research group, led by Michael Timko at Worcester Polytechnic Institute (WPI), converts waste to bio-oil via a high-temperature, high-pressure process known as hydrothermal liquefaction. The bio-oils produced are suitable for the transportation and heating industries. This process requires expensive homogenous catalysts that are difficult to separate and neutralize. Therefore, Timko’s laboratory is studying new catalysts such as hydroxyapatite that can improve the yield of bio-oil and are easier to regenerate than traditional catalysts.

Continuing research about the FEW nexus

As the world population grows and natural resources become more scarce, research about the FEW nexus will likely expand and evolve. Optimizing resource use will involve interdisciplinary research and collaboration among stakeholders to develop and improve technologies, create more accurate models, and implement policies to encourage waste minimization. Thinking about food, energy, and water as highly integrated systems can allow the tradeoffs and benefits of decisions to be more accurately analyzed, as well as new opportunities to be identified.

To investigate the emerging research and novel technologies that are being developed to address the FEW nexus, AIChE’s Institute for Sustainability (IfS) held the 2019 Food-Energy-Water Nexus Conference last December with funding from the National Science Foundation (NSF). The call for abstracts is now open for this year’s conference, which will take place in December. Please contact Maithreyi Thukaram at maitt@aiche.org for more details.

This article originally appeared in the Trends column of the July 2020 issue of CEP. Members have access online to complete issues, including a vast, searchable archive of back-issues found at aiche.org/cep.