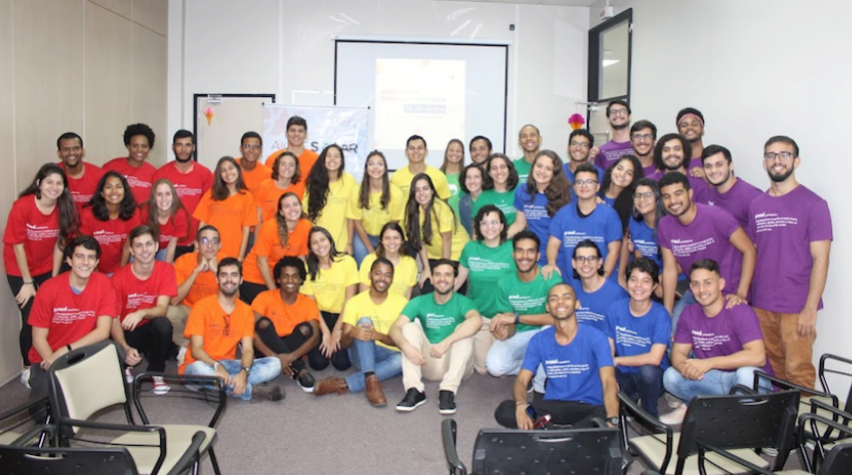 The colors of the rainbow came together (with ice cream!) on Friday, June 14 at a pride event at the Centro Universitário SENAI CIMATEC AIChE Student Chapter.

The event, supported by AIChE’s LGBTQ+ & Allies Initiative and the Foundation’s #AllforGood - Engineering for Inclusion program, brought together more than 70 people, including students, professors, industry professionals, and university collaborators.

Despite a public transportation strike, students pulled together and carpooled to get to the event, making it a historic moment for all members of SENAI CIMATEC chapter. 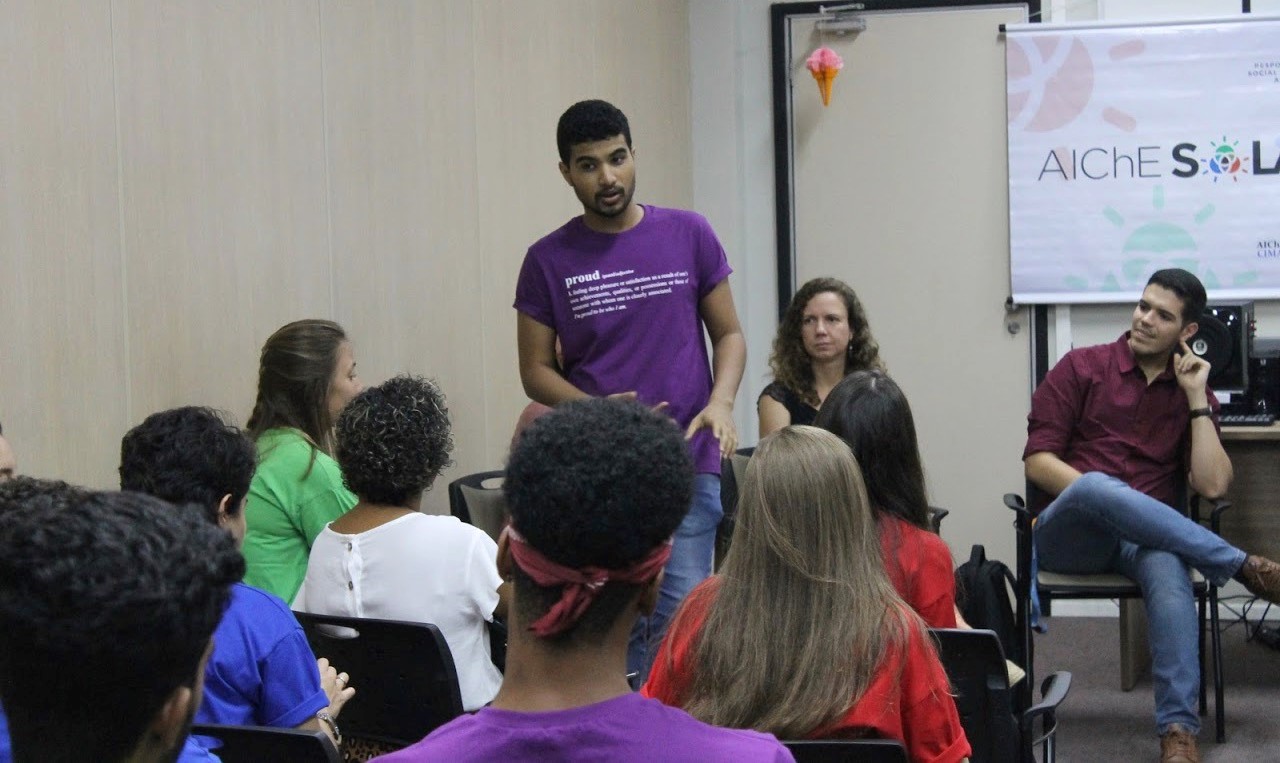 AIChE SENAI CIMATEC president Leonardo Barbosa expressed his thanks for all the support the group received, including support from companies such as Bayer, Braskem, Kordsa, and O Boticário (one of the largest fragrance companies in Brazil). Commenting on the event, Leonardo noted, "I have never been so happy after an event or activity conducted by our chapter; I want to thank the AIChE foundation for their support to help make this event happen." 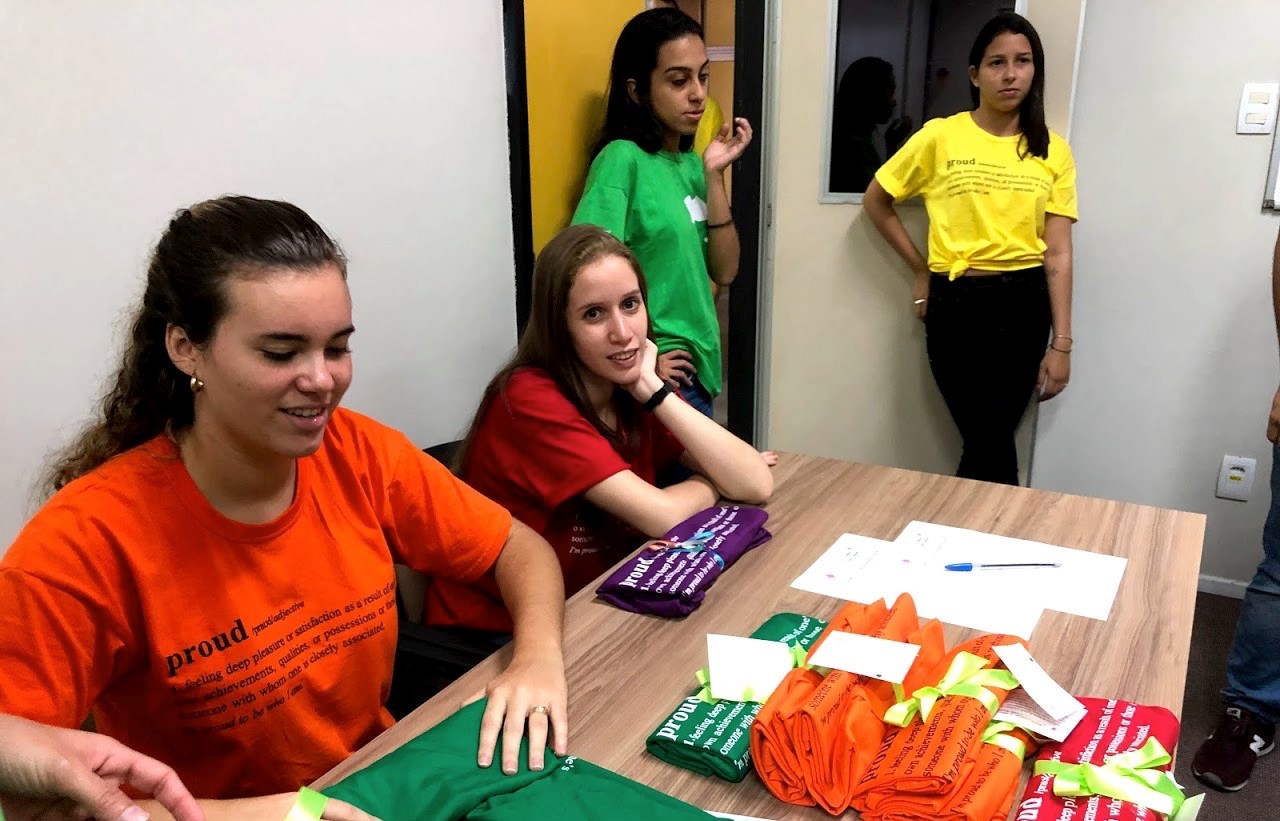 The SENAI CIMATEC AIChE chapter is a trailblazer in creating awareness around diversity and inclusion, not only for LGBTQ+ students and their allies, but for others as well.

They are actively working on a “Nucleus of Social Responsibility” project to encourage awareness and recognition around women in engineering, minority affairs, LGBTQ+ inclusion, and environmental topics.

Leonardo is currently collaborating with AIChE student chapters in other parts of Latin America and the AIChE Foundation to help develop a student LGBTQ+ & Allies community. 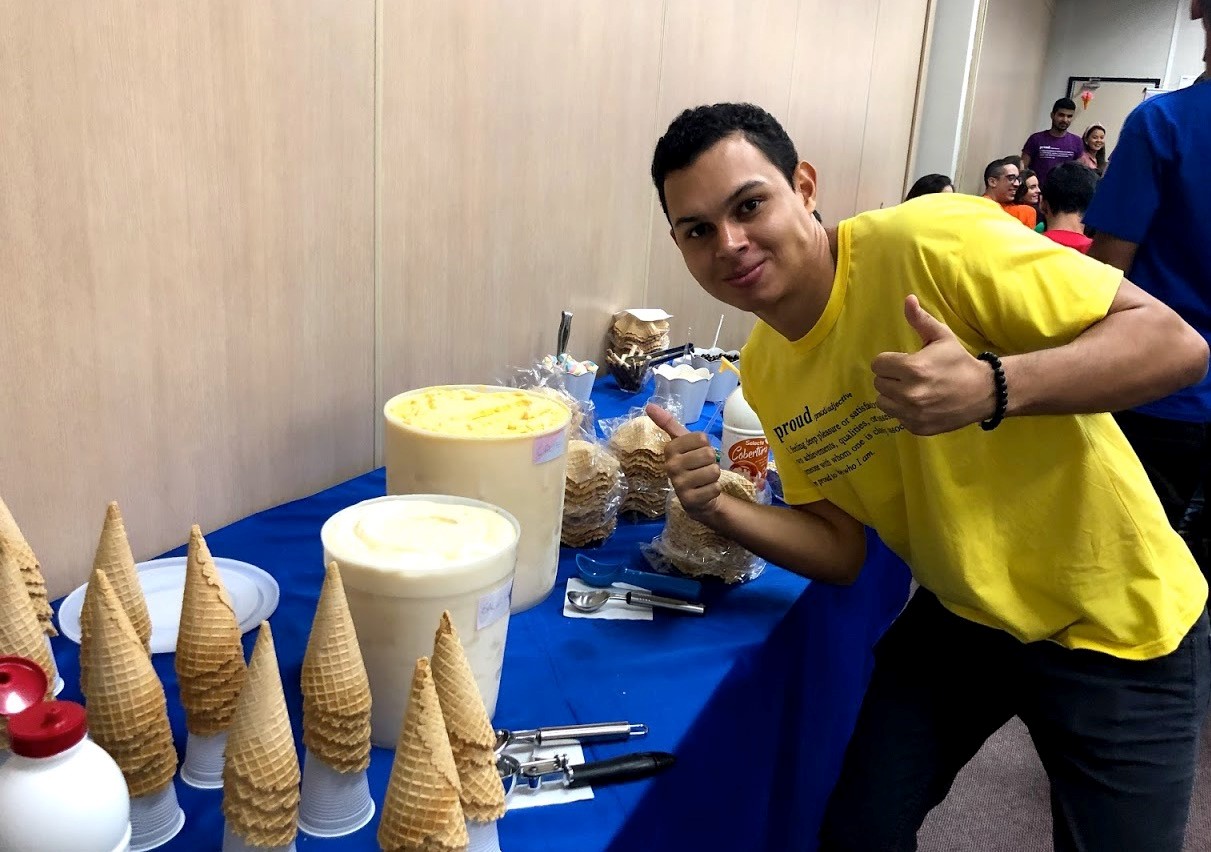 Leonardo was inspired by attending the LGBTQ+ & Allies Ice Cream Social at the Annual Student Conference and called the AIChE Foundation to discuss his plans to bring such an event to his chapter in Brazil. The foundation supported this event through its LGBTQ+ & Allies Endowment. 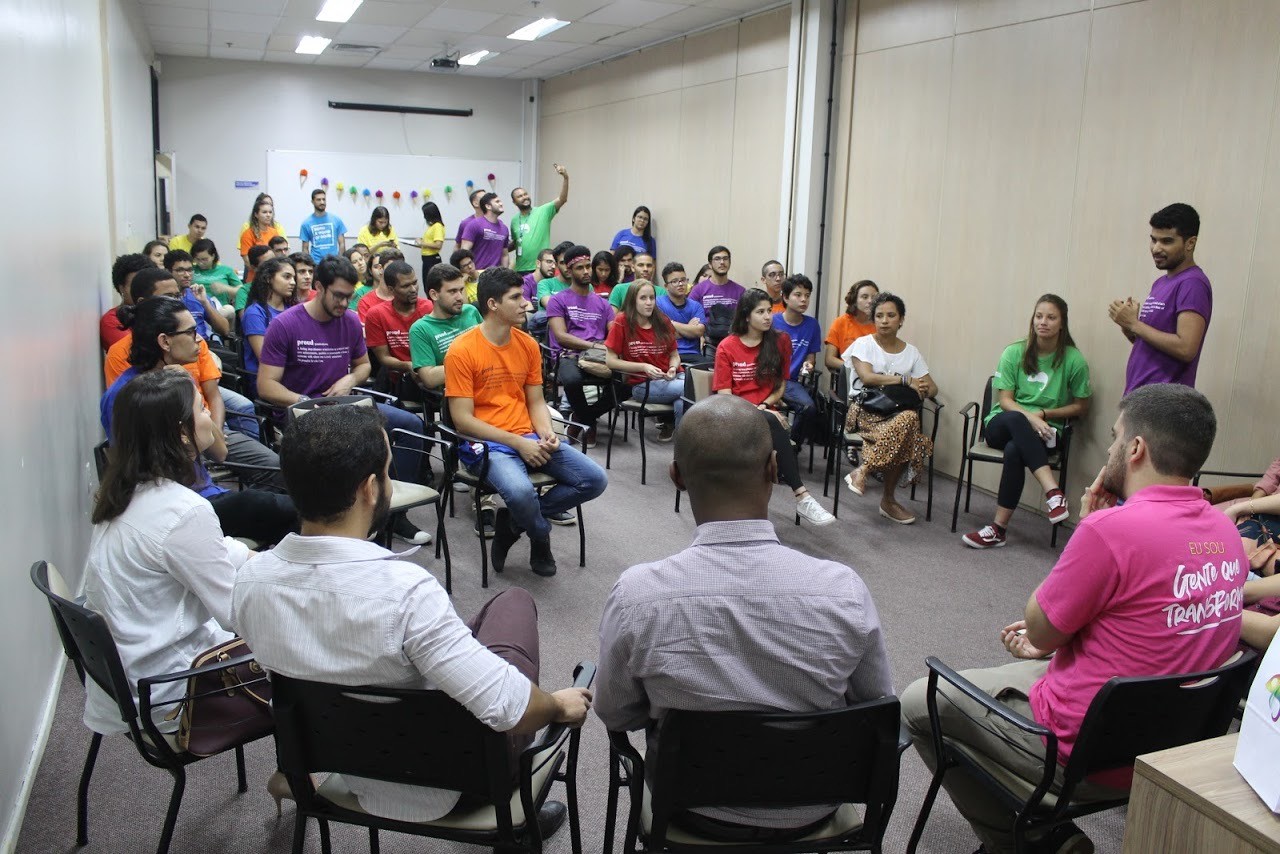 The lead photo on this post says it all. Creating a more diverse and inclusive future begins today with people from all backgrounds (LGBTQ+ and allies alike) and all colors of the rainbow coming together for good.

Learn more about AIChE’s Doing a World of Good Campaign. 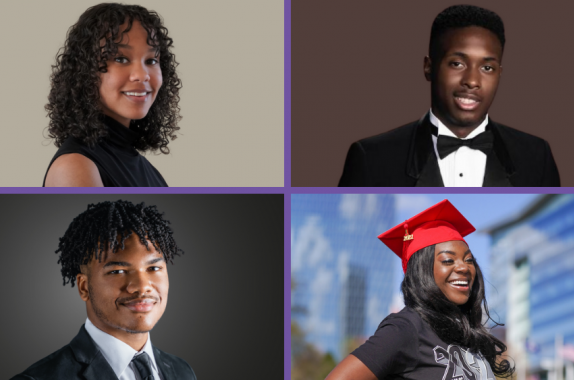 See some of the faces and learn about the backgrounds and achievements of some of the members of the inaugural FOSSI class. 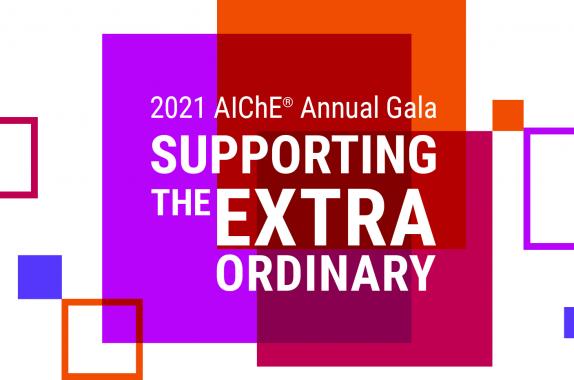 The in-person December 1 AIChE Gala will honor Moderna and its leadership as well as FOSSI and its founding partners for their contributions to the advancement of society.