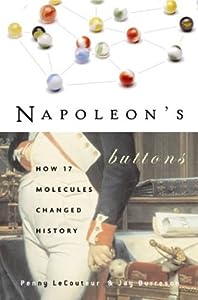 You and I know that chemistry is important, but sometimes we don't know the full degree of the importance and the role chemistry has played in history and pivotal world events. This is why I love the book Napoleon's Buttons by Penny Le Couteur and Jay Burreson. I received this book as a present one year and it has definitely become one of my favorites.

How does Napoleon's Buttons get its title?

Well, Napoleon was leader of France 1804-1814 (with a brief comeback in 1815) and during that time period it was typical for buttons, including the buttons on the coats, jackets and pants of soldiers to be made of shiny metallic tin. Well, in the winter of 1812 Napoleon marched his army right into Russia with the intent of taking over. Russia isn't the warmest of places... in fact in 2006, during one of the coldest winters, the temperature got down to -50?C.

And how does tin behave as temperatures drop? The tin's crystal structure changes and the button crumbles. If the soldiers couldn't keep their coats and shirts closed during that harsh winter... could it have been a major contributor to the deaths of hundreds of thousands of Napoleon's men? This particular chapter propelled me through the rest of the book, which is filled with interesting fact after interesting fact presenting all new possibilities that we weren't taught in Social Studies.

Napoleon's Buttons goes on to talk about the chemical history of silk and nylon, certain spices and witch trials. The book flows easily and keeps technical jargon to a minimum, making the information accessible and understandable to non-chemists, yet just enough information to drive us engineers to pull out a sheet of paper and do some back-of-the-envelope calculations and drawings--just for fun.

I highly recommend Napoleon's Buttons to anyone interested in Chemistry or History or Chemical History. It is truly a gem.

Sounds like a great book. I love the little details that huge events turn on - especially when they are chemistry related.

Its really pretty mindblowing when you read it. It gives chemical causes for actions and motivations that we just accepted in grade school. So there are a lot of &quot;OH! so THAT&#039;s why that happened&quot; moments. Of course, the people experiencing the events may have not had a clue as to what was happening.

Thanks for the review. This book sounds legitimately interesting .. I&#039;ve always been interested in history ...

It certainly is! I believe I asked for it for Christmas one year based on a book review I had read. It is fascinating. I highly recommend it. 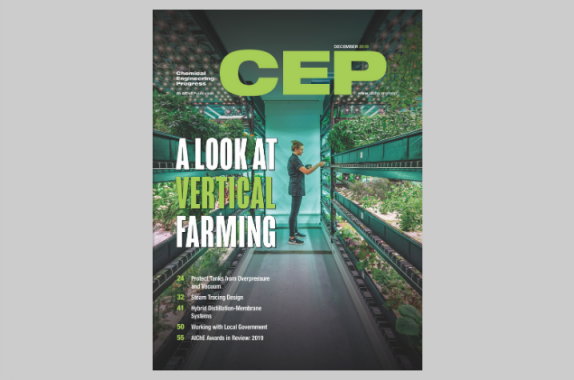 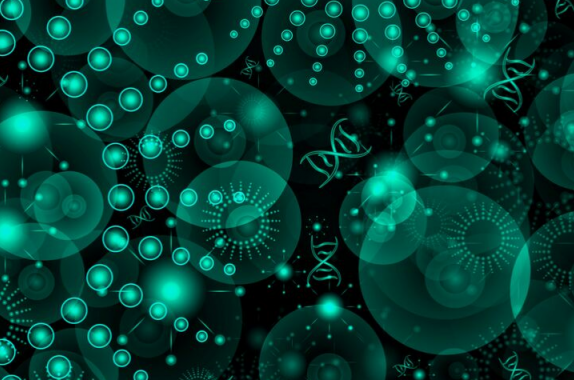