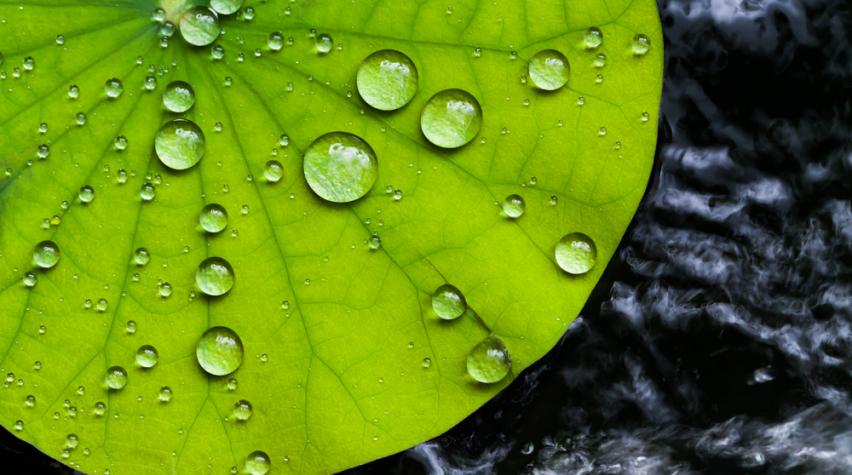 The researchers took their inspiration from the surface of the lotus leaf, one of the most hydrophobic surfaces known. In a press release, Rice chemist Andrew Barron commented on the lotus leaf and its influence, saying that the lotus's abilites are "due to papillae within the epidermis and epicuticular waxes on top,” he said. “In our material, there is a microstructure created by the agglomeration of alumina nanoparticles mimicking the papillae and the hyperbranched organic moieties simulating the effect of the epicuticular waxes.”

The researchers created what they refer to as branched hydrocarbon low-surface energy material (LSEM). They synthesized aluminum oxide nanoparticles with modified carboxylic acids that feature highly branched hydrocarbon chains. These serve to create a rough surface that traps air and minimizes contract between the surface and any water droplets.

A critical feature of superhydrophobic materials is a water contact angle greater than 150 degrees. The team’s material has an angle of about 155 degrees.

The new material can be applied to many kinds of surfaces through spray-coating or spin-coating. It is hoped that the new material will serve as friction-reducing coatings for marine applications, where fluorocarbons cause water pollution.

The team continues to work to improve the material’s adhesion to various substrates and is investigating large-scale application to surfaces.

For more on these researchers’ work, see the press release as well as their published article.