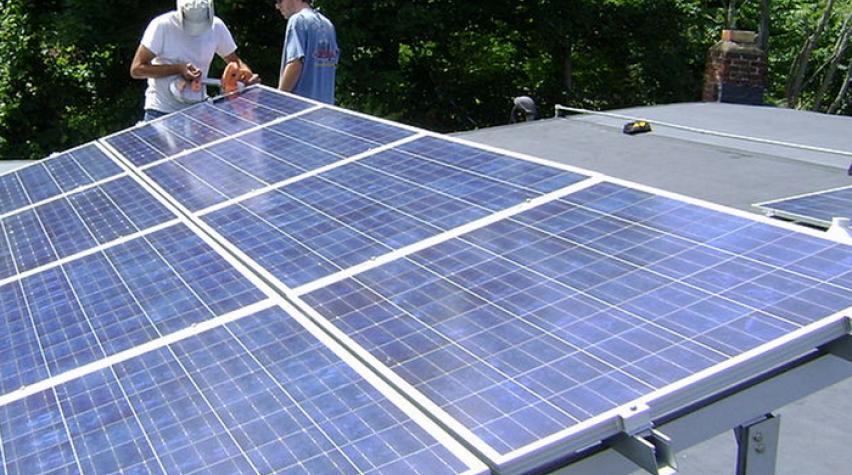 Residential solar installers are desperately waiting for photovoltaic (PV) efficiency upgrades so they can pump out more juice per square foot for price-sensitive consumers. Unfortunately, top solar cells  — still humble-bragging about their maxed-out 21.5% efficiency - squander the photons in the visible and near-infrared that go right through the silicon or cadmium telluride, passing unnoticed like the 1930's Invisible Man movie character.

In their constant battle to empower the forces of darkness, researchers from the University of California, Riverside have come up with an ingenious trick to amp up solar rooftops across America and recently published their results in Nano Letters.

They developed a hybrid material that can capture two previously ignored infrared photons and then fuse their energies together to make one higher-energy photon. This "upconverted" photon can now be absorbed by traditional PV material, generating electricity from light that had been out of sight and out of mind.

Christopher Bardeen, a professor of chemistry who led the research, said in a press release:

The key to this research is the hybrid composite material, combining inorganic semiconductor nanoparticles with organic compounds.

In their experiments, Bardeen and co-researcher Min Tang focused on cadmium selenide and lead selenide semiconductor nanocrystals.  The organic compounds they used to prepare the hybrids were diphenylanthracene and rubrene.

When they directed an infrared light at the hybrid material, it generated upconverted orange/yellow fluorescent light, almost doubling the energy of the incoming photons. 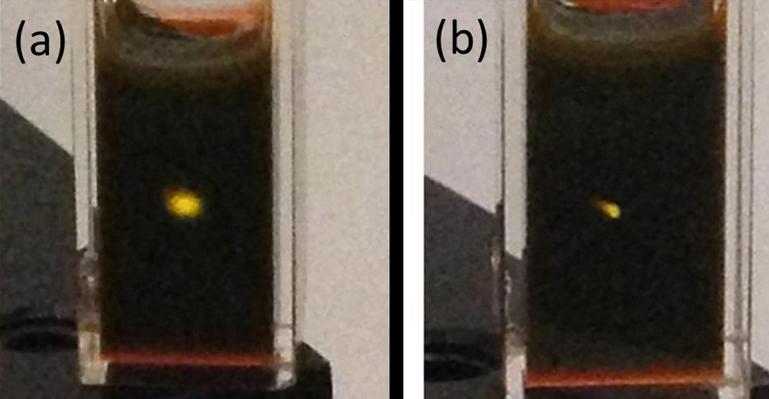 Ultimately, they boosted the upconversion process by up to three orders of magnitude by coating the cadmium selenide nanocrystals with organic ligands.

In the press release, Bardeen emphasized that the research could have wide-ranging implications:

The ability to move light energy from one wavelength to another, more useful region can impact any technology that involves photons as inputs or outputs.

Besides solar energy, there are potential applications in biological imaging, data storage and organic light-emitting diodes.

Will Bardeen be able to commercialize this technique?