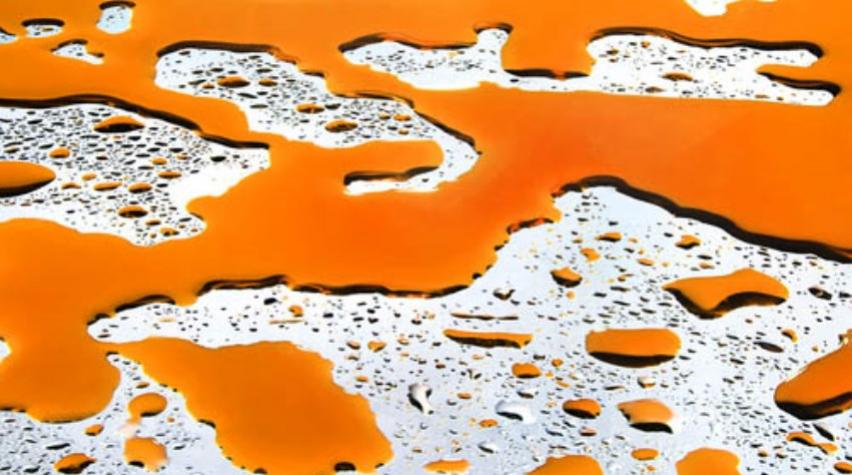 From simple daily uses such as keeping clothes stain free to boosting the efficiency of ocean-going vessels, a new nanoscale coating developed at the University of Michigan promises a wide range of applications, thanks to its ability to repel mosts liquids, according to a report published in today's Science Daily. Researcher Anish Tuteja, assistant professor of materials science and engineering, chemical engineering and macromolecular science and engineering, explained to Science Daily that unlike similar coatings, the newly discovered coating also repels liquids with very low surface tension, including oils, alcohols, organic acids, organic bases and solvents. More than 100 liquids were tested on the coating, from gasoline to soy sauce. Chlorofluorocarbons were the only materials the coating couldn't resist.

The science behind the coating

The new coating is created from polydimethylsiloxane, or PDMS, and liquid-resisting nanoscale cubes developed by the Air Force that contain carbon, fluorine, silicon and oxygen, according to the report. But while the chemical composition is important, so too are the coating's physical properties, such as structure structure and texture. The coating clings to the pore structure of whatever it's applied to and creates a finer web within those pores, leaving pockets of air which account for 95 and 99 percent of the coating. In other words, liquids that would normally penetrate other surfaces are actually coming in contact with mostly air and scarcely touch a solid surface. You can see the coating in action in a video here on the University of Michigan's website. Full research on this coating appears in the current issue of the Journal of the American Chemical Society here.

Could you use this coating have applications in your industry?