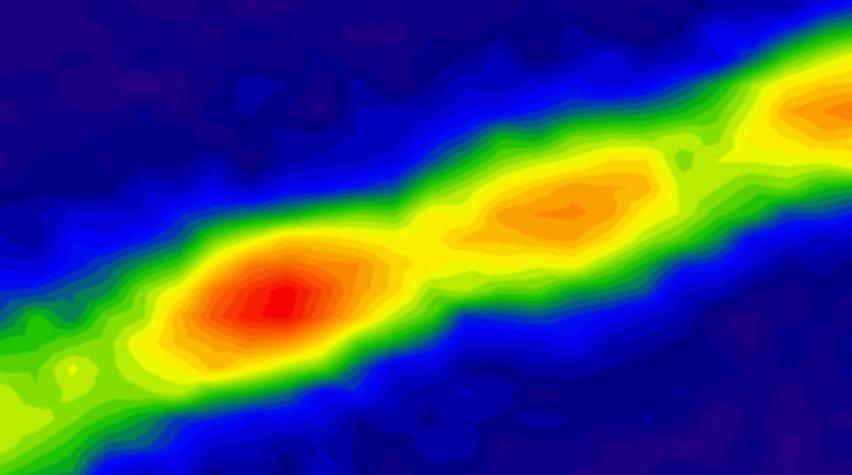 An MIT chemical engineering group using carbon nanotubes has managed to concentrate solar energy 100 times more than a regular photovoltaic cell. Their specially designed nanotubes are shaped into antennas that capture and focus light energy, allowing much smaller, more powerful and economical solar arrays. In a perfect world, gossip TV's TMZ paparazzi would would be chasing celebrity scientist Michael Strano, the Charles and Hilda Roddey Associate Professor of Chemical Engineering and leader of the research team, through the MIT campus up to the doors of Building 66, screaming "America" needs-to-know-questions: How small will the arrays become? Are they more accessible to the average homeowner? 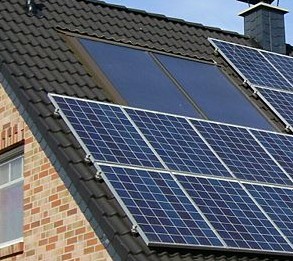 Strano explains, "Instead of having your whole roof be a photovoltaic cell, you could have little spots that were tiny photovoltaic cells, with antennas that would drive photons to them." Unfortunately, this isn't a perfect world and the TMZ crew is waiting outside LA County Jail for a glimpse of Lindsey Lohan. 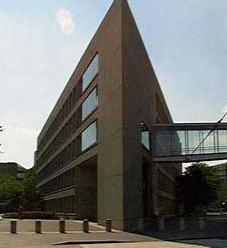 But that gives us a chance to slip inside the lab and see a hotbed of ChemE activity. Click here to see the lab's location. This is a cherry-picked, international group of grad and post grad students. And the two researchers leading the solar antenna project are no exception. Post doctoral associate Jae-Hee Han is Korean and graduate student Geraldine Paulus is Belgian. 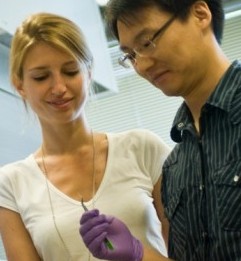 They followed the nano zeitgeist to MIT and Strano. Strano and his associates first explained their nanotube antenna, or "solar funnel," in the Sept. 12th online edition of the journal Nature Materials. The tiny antenna consists of a fibrous rope about 10 micrometers (millionths of a meter) long and four micrometers thick, containing about 30 million carbon nanotubes. The Strano team's first innovation came when they built a prototype fiber made of two layers of nanotubes, each with different electrical properties-- specifically, different bandgaps. The antenna's inner layer of nanotubes have a small bandgap, and the outer layer has a higher bandgap. So as a photon strikes the solar funnel, it excites an electron to jump to a higher level and material. It leaves behind a hole called an exciton. Excitons flow from high to low energy-- from outer to inner layers to find a lower energy level. When light strikes the antenna, the exciton's flow to a concentrated center where the photons are converted to electricity. This was made possible by a second innovation, controlling the properties of the funnel's two layers. But it's not just the increase in energy that marks the breakthrough. As the price of carbon nanotubes drops, solar cells will be built more cheaply than traditional silicon-based solar cells.

"At some point in the near future, carbon nanotubes will likely be sold for pennies per pound, as polymers are sold," says Strano. "With this cost, the addition to a solar cell might be negligible compared to the fabrication and raw material cost of the cell itself, just as coatings and polymer components are small parts of the cost of a photovoltaic cell."

His team is now experimenting on ways to minimize the energy lost as excitons flow through the fiber, and ways to generate more than one exciton per photon. Read the MIT press release article here. Back to that perfect TMZ world. A final question from the reporters: "Hey, Doc, How quickly could this process be commercialized?"

What do you think?

This is great! Along with the commercialization of this, if we can get feasible energy storage we would be well on our way to living the renewable sustainable dream.

listed below are a number of listings to web sites that i connect with since we think they will be worth visiting.