Recognizing Juneteenth and the IDEAL Path 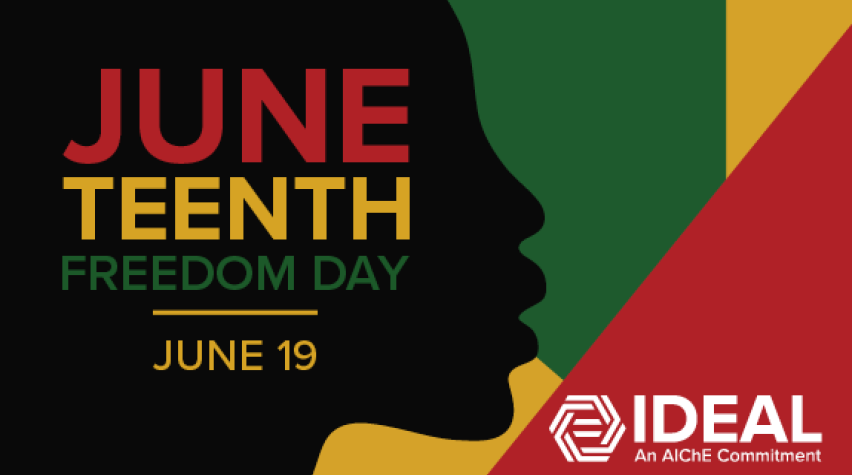 On June 19, AIChE observes African American Emancipation Day — Juneteenth — and encourages everyone in our community to commemorate the day through reflection, self-assessment, and learning.

​“Juneteenth is more than a holiday,” says AIChE Fellow and former Director Cato Laurencin (University of Connecticut). “It is a day representing the determination and resilience of Black people against racist oppression. Learning about the history of Juneteenth is important for all.”

Juneteenth marks the date in 1865 (June 19) when U.S. federal troops arrived in Galveston, Texas, to ensure that enslaved people in the state were freed. This move came a full two and a half years after President Lincoln’s January 1, 1863, issuing of the Emancipation Proclamation, which established that enslaved people in Confederate states were to be “then, thenceforward, and forever free.”

The Proclamation did not immediately change the situation in slave-holding border states such as Texas. It wasn’t until that June date two months after the end of the Civil War that General Gordon Granger and his troops arrived in Texas to announce the liberation of the 250,000 people who had remained enslaved in the state. Even then, and in spite of the formal abolishment of slavery in December 1865 through the ratifying of the 13th Amendment, real emancipation would be slow and elusive.

Still, on June 19, 1866, freed people in Texas organized a first “Jubilee Day” of celebration. Much later, in 1979, Texas became the first state to make Juneteenth an official holiday.

Juneteenth and the IDEAL Path

The path toward a more fair and just society must address systemic racism in the workforce and in our institutions. This idea is key to the IDEAL Path incorporated by AIChE in 2020 and introduced by Laurencin.

IDEAL — which stands for Inclusion, Diversity, Equity, Anti-Racism, and Learning —  builds upon the aspirational foundations of equity, diversity, and inclusion, while emphasizing the needed practicable and actionable components of anti-racism and learning.

In describing his vision for the IDEAL Path to the future, Laurencin, who is University Professor and the Albert and Wilda Van Dusen Distinguished Endowed Professor of Orthopaedic Surgery at the University of Connecticut, said, “While we have had some gains in the areas of equity, diversity, and inclusion, we have not sufficiently addressed issues of racism. Part of the impetus for the IDEAL Path is my belief that to truly have an inclusive society we must address racism, and be open to creating an environment of learning for all.”

Laurencin added, “The celebration of Juneteenth by all as an American holiday is an example of an anti-racism practice.”

Also marking Juneteenth, Audie Thompson, the Babcock Professor at the University of Arkansas and Chair of AIChE’s Minority Affairs Committee, said: “Juneteenth is a day of action, reflection and learning. I’m proud to be a member of an organization that goes beyond the equity, diversity, and inclusion statement to show its members that this day is important, and is making strides to be an inclusive organization for everyone.”

Part of the impetus for the IDEAL Path is my belief that to truly have an inclusive society we must address racism, and be open to creating an environment of learning for all.

AIChE’s statement on equity, diversity, and inclusion articulates the Institute’s belief that all who wish to be a part of the chemical engineering community should have equal opportunity to pursue and achieve success. AIChE’s many entities — including local sections, committees, technical divisions, and operating councils — have been assisting the Institute in communicating the IDEAL concept to constituent communities.

The full statement on equity, diversity, and inclusion incorporating the IDEAL Path, along with an outreach toolkit, can be found at www.AIChE.org/IDEAL. You can also download a brochure that further explains IDEAL. 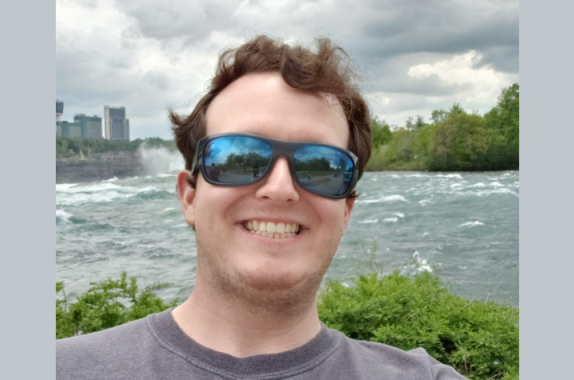 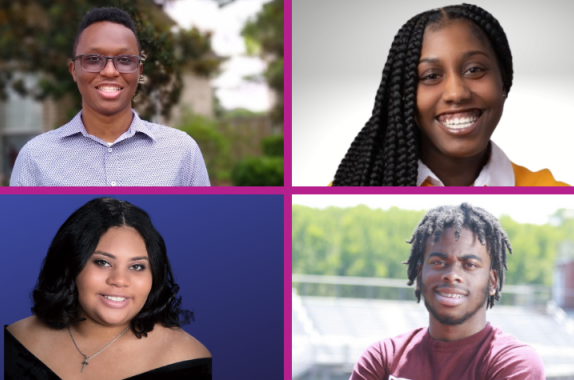 Meet these young Black scholars who have their eye on STEM careers and have already begun working towards STEM degrees at historically Black colleges and universities (HBCUs).