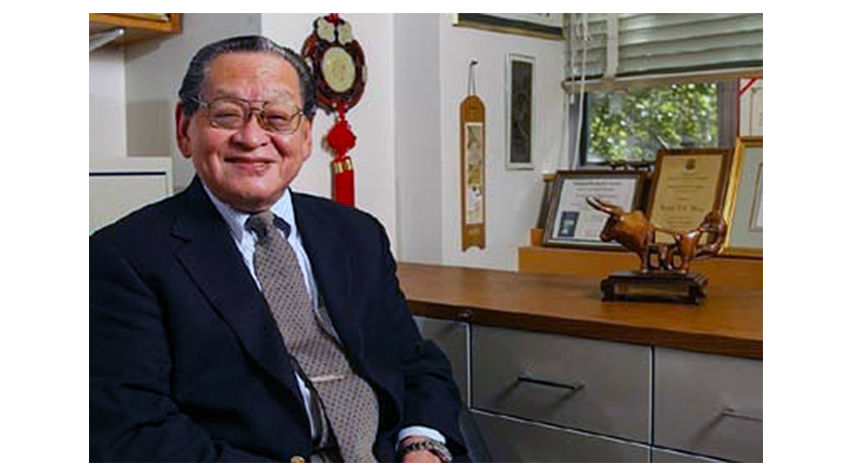 Daniel I-Chyau Wang, Institute Professor of Chemical Engineering at the Massachusetts Institute of Technology (MIT) and an architect of the field of biochemical engineering, died on August 29, 2020, in Cambridge, MA, at age 84.

Wang was the driving force behind MIT’s Biotechnology Process Engineering Center, an interdisciplinary research center that brought together faculty from the departments of biology, chemistry, and chemical engineering. Coinciding with the emergence of biotechnology as an industry and a research field, Wang and other researchers pioneered ways to use new knowledge about the genetics of microbes to engineer useful products. Wang also worked to establish international ties between MIT and universities in other countries, and he aligned his work with the biotechnology industry; he was an original member of Biogen’s scientific board, where he was instrumental in the company’s manufacturing of complex biopharmaceuticals.

Wang also played a formative role in AIChE’s Society for Biological Engineering (SBE). MIT professor Greg Stephanopoulos, a former AIChE president and a co-founder and past chair of the SBE, explained that the SBE was launched in 2004 as a vehicle to consolidate the numerous activities of chemical engineering in the field of life sciences. “As the SBE’s first chairman, Danny Wang gave credibility to the new organization and helped this effort to reach its goals,” says Stephanopoulos.

June Wispelwey, AIChE’s Executive Director and CEO adds, “Not only was Professor Wang a luminary in the field of biochemical engineering, but he was also a brilliant businessman.” Wispelwey added that Wang “realized that in order to reach its potential, SBE would need to develop a value proposition for members,” which eventually extended to activities including the CHO Consortium on genomics, the James Bailey Award lecture, the SBE Hospitality Suite at AIChE meetings, and other programs.

Wang was elected to the National Academy of Engineering, the American Academy of Arts and Sciences, and the American Institute of Medical and Biomedical Engineering. Among many honors, he was named AIChE’s Institute Lecturer (1986) and received AIChE’s William H. Walker Award for Contributions to Chemical Engineering Literature (1994). In 2012, the SBE honored Wang’s contribution to the field by establishing the annual Daniel I. C. Wang Award and lectureship, recognizing excellence in biochemical engineering.

Wang is survived by his wife, Victoria; a son; and extended family. As of September 2, MIT is making plans for a memorial event, to be announced at a later date.