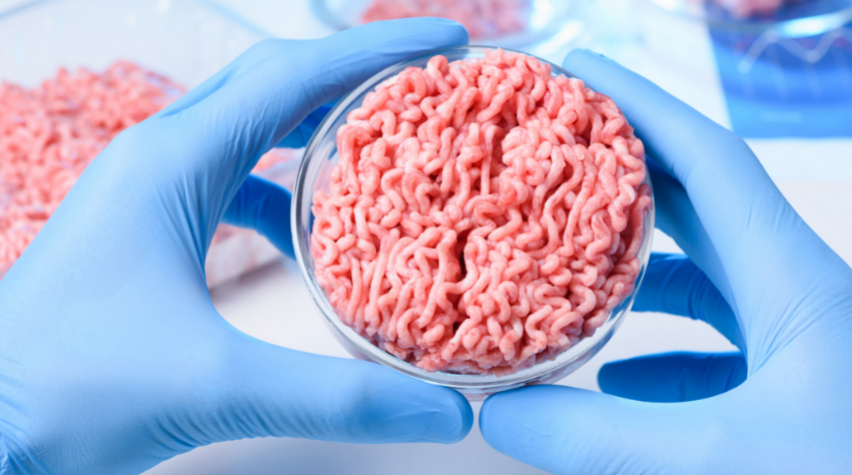 A wave of innovation from the biotech sphere has upended the typically traditional food industry. The meat sector is one area ripe for disruption. While meat is a cornerstone of the Western diet — a way of eating that has grown in popularity around the globe — questions of ethics and sustainability have dogged the industry.

The environmental effects of the global demand for meat

More than 45% of the Earth’s landmass is occupied by animals raised for consumption, including land for grazing and growing crops for feedstock. To put that in perspective: All the buildings, roads, and paved surfaces in the world occupy less than 1% of the Earth’s land.

The global demand for meat, fish, and dairy foods puts stress on vulnerable ecosystems. New technologies from the chemical and biological engineering sectors are providing solutions to this devastating environmental and sustainability problem.

The rise in meat alternatives

Modern consumers have become more conscious of their health and the health of their environment and are questioning the merits of meat consumption. Plant-based “meats” and “clean” meats expand the meat and meat-alternative options that consumers can choose from. Those who abstain from meat are familiar with the traditional options, including tofu, tempeh, and seitan. These choices, however, are rarely able to convincingly mimic meat.

Companies are offering meat alternatives that satisfy consumers seeking the same look and taste of meat, but with a lower carbon footprint. Impossible Foods, for example, claims that replacing one beef burger with an Impossible Burger saves the equivalent of 75 ft2 of land, one-half tub of bathwater, and 18 miles’ worth of auto emissions.

Mimicking the tase of beef

Impossible Foods incorporates the molecule heme into its burger to give it a beefy flavor and “bleeding” characteristic. Heme is a vital part of cells in both plants and animals. It is an integral part of the protein hemoglobin in our blood, allowing blood to carry oxygen throughout our bodies.

Impossible Foods produces heme in yeast, isolating it from leghemoglobin, which is an oxygen carrier and hemoprotein found in the nitrogen-fixing root nodules of leguminous plants.

The positive impact of swapping meat for plants

Swapping meat for plants is good for the environment and us. It helps us to reduce our saturated fat intake and increases the fiber and vitamin content of our meals, steps which have been linked to a lower risk of diabetes, cancer, and heart disease.

Plants put less of a burden on the environment because they require fewer environmental resources, such as water and space. Relying on vegetarian proteins eases the ethical dilemma for those concerned about the environment, as well as animal welfare.

While plants offer an appealing alternative, companies like Memphis Meats are developing technologies to make actual meat, but without raising or slaughtering animals. Memphis Meats is growing meat in a lab from animal cells, not whole animals. The company sources cells from animals and cultivates them into meat in a sterile environment.

Producing meat starting at the cell level helps to ensure high quality at every stage. This maintains the benefits of conventional meat, while making a healthier and safer product. The process reduces the amount of land and water needed to produce meat, as well as greenhouse gas emissions. Cell culture meat goes beyond beef alternatives, finding applications in fish, shellfish, chicken, and pork production.

The controversy surrounding the movement

The movement, however, is not without controversy. Traditional livestock farming presents an obstacle to this innovative engineering. In February, the U.S. Cattlemen’s Association in Washington, DC, petitioned the U.S. Dept. of Agriculture (USDA) to allow the use of the terms “beef” and “meat” only on labels for products taken from animals that “have been born, raised, and harvested in the traditional manner.”

However, the U.S. Food and Drug Administration (FDA), which reviews the safety of therapies made from human cells and tissues, has jurisdiction over genetically engineered animals. The USDA’s Food Safety and Inspection Service ensures the quality of meat, poultry, and egg products. Because these technologies fall at the intersection of these departments, we are left wondering: Whose court does this ball fall into?

Real meat or not, these new technologies have attracted a significant following as acceptable food options and opened the door for chemical and biological engineers to expand into the meat-alternative market. Expect more opportunities in the coming years as regulations and the government catch up and public support of meat alternatives grows.

This article originally appeared in the Technical Entity Trends column of the January 2019 issue of CEP. Members have access online to complete issues, including a vast, searchable archive of back-issues found at aiche.org/cep.