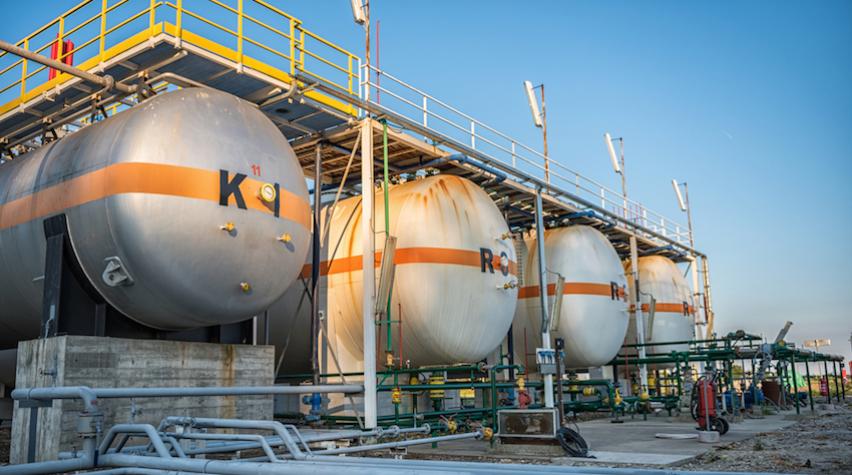 Natural gas fuels more than 30% of U.S. electricity generation, making it the largest source of energy in the country. The U.S. is also the largest producer of natural gas in the world. The U.S. Energy Information Administration (EIA) reports that between the 1960s and 2000s, U.S. natural gas production remained relatively constant at about 20±2 trillion cubic feet per year (Tcf/yr) — an amount equivalent to the needs of 20 million households for 15 years. From the mid-2000s to 2017, natural gas production rose by approximately 43%.

The U.S.’s ability to produce most of the natural gas that it uses is largely due to vast shale gas reserves. Shale is fine-grained sedimentary rock that contains oil and natural gas. Recently, the energy sector has begun to extract this natural gas. Although extraction technologies and knowledge of shale gas have existed for quite some time, extraction methods were not economical. Advances in horizontal drilling, hydraulic fracturing, and well simulation technologies have enabled economical extraction of large quantities of natural gas. The Barnett Shale in Texas is one of the oldest sources of shale gas in the U.S., and its formations are still being harvested today. The largest source of shale gas in the U.S. is the Marcellus formation, which spans Pennsylvania, West Virginia, Ohio, and New York.

Shale gas reserves are continuously being identified, and the number of wells providing access to natural gas resources is increasing. It is critical to develop wells and systems that can be easily maintained and upgraded. Smaller-scale, modular technology solutions can help to enable economic production of natural gas at small and remote well sites.

Honeywell UOP is one of the companies creating modular systems for shale gas retrieval. Honeywell claims that its modular systems can be ready for startup in around 10 months from the time the system order is placed. This is less than half the time of conventional stick-built, permanent wells, which require about 21 months to be startup-ready. The modular systems can extract shale gas over a shorter time period, are more cost effective, and are more profitable over their lifecyle than conventional methods.

The Rapid Advancement in Process Intensification Deployment (RAPID) Institute, established by the U.S. Dept. of Energy, helps to unite organizations that are developing more efficient processes in an effort to double U.S. energy productivity by 2030. To this end, RAPID will focus on modular chemical process intensification (MCPI), which aims to condense multiple processes into a single system to improve efficiency, reduce waste production, and lower operating and capital costs. One such project is focused on upgrading the value of natural gas and natural gas liquids, dubbed natural gas upgrading.

Current natural gas reserves in the U.S. could enable energy production that far exceeds U.S. consumption if several hurdles can be overcome. Natural gas will need to be condensed into its liquid, nonflammable form for transportation via ship or vehicle to eliminate the need for costly and controversial pipelines. Other key objectives include maturing and demonstrating transformational and enabling technologies for domestic natural gas utilization, as well as minimizing environmental impacts while maximizing economic gains.

RAPID is creating natural gas upgrading R&D roadmaps that lay out a plan to overcome challenges and meet objectives. The roadmaps will help to guide the upgrading efforts and delineate tasks, such as developing standardized testing and evaluations to determine the readiness of technology and manufacturing to meet technology readiness levels (TRLs) and manufacturing readiness levels (MRLs). RAPID may also analyze the feasibility of integrating natural gas upgrading efforts with other RAPID focus areas, such as chemical and commodity processing, modeling and simulation, and module manufacturing.

In addition to RAPID’s goal to increase energy production, the institute has a long-term goal to expand the use of natural gas as a feedstock in chemical processes. The U.S. can achieve these short- and long-term natural gas upgrading goals through united efforts. Workshops, such as AIChE’s Center for Energy Initiatives (CEI) Natural Gas Utilization Workshop (Aug. 12–14, 2018, Texas A&M Univ., College Station, TX), will bring together leaders in downstream natural gas conversion. Presentations will focus on advances in natural gas conversion using novel, emerging technologies for modular processing, and more.

This article originally appeared in the Technical Entity Trends column in the July 2018 issue of CEP. Members have access online to complete issues, including a vast, searchable archive of back-issues found at aiche.org/cep.