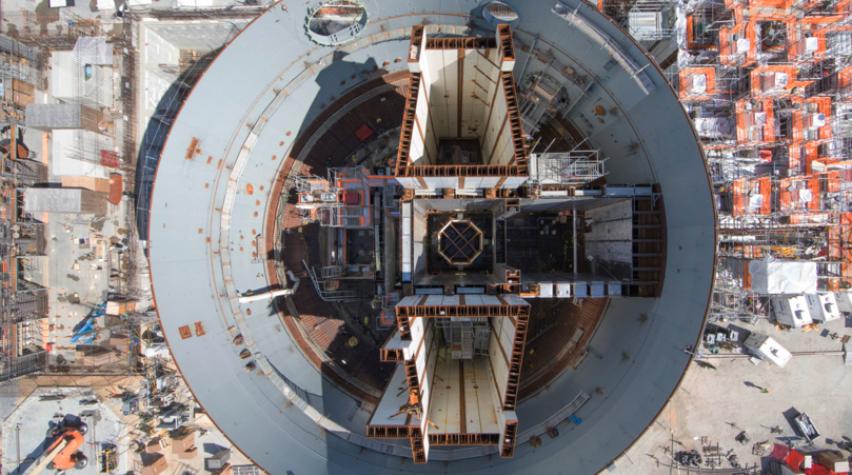 It's 2017 and America should be in the midst of a total, multi-state nuclear renaissance. At least that was consensus in Washington during 2006 when President Bush and Congress finally began the fight against global warming.

At that moment nuclear was the go-to fuel in the energy sector. Even anti-nuclear environmental activists had shifted their concern to global warming. There was also added urgency because it looked like the US was running out of natural gas. During the mad dash to build LNG import facilities, corporate America was seriously rethinking nuclear to provide clean, 24/7 base-load power.

Advanced passive to the rescue

Meanwhile, Westinghouse, one of the last private companies designing and building nuclear reactors, had an advanced model ready to go. Twenty years after Three Mile Island, its engineers had created new safety features that could have avoided the future failures at Fukushima.

Its new AP1000 reactor, which stood for “advanced passive,” was considered one of the most advanced light water reactors (LWR) on the planet. It had an automated, gravity-powered water dump that could prevent meltdowns without external power or human intervention. If the cooling system failed, sensor-activated valves could open and release stored water to cool the containment vessel.

Westinghouse also told utilities that it had reduced future construction costs by developing a standardized reactor design. That way components could be more efficiently manufactured off-site, shipped, and snapped together like Legos.

The US Nuclear Regulatory Agency — in sync with Westinghouse — devised an complementary licensing process to minimize the types of delays that caused ballooning costs in the 70s and 80s. 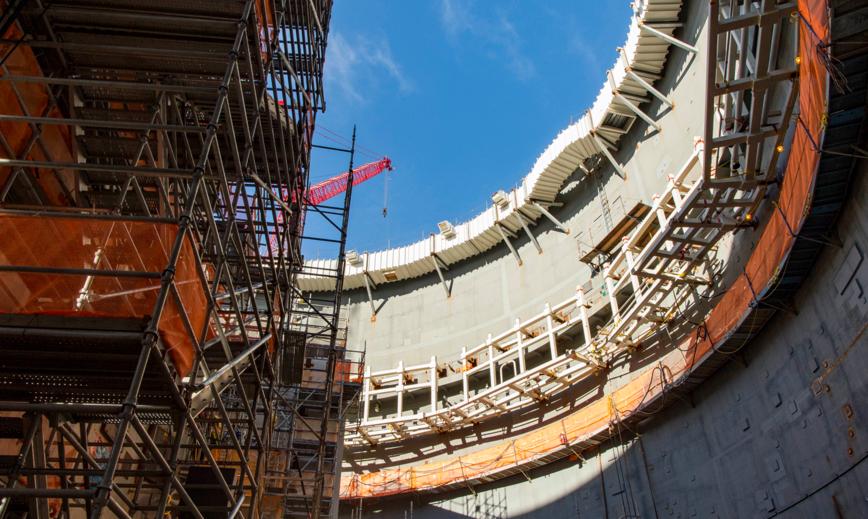 Under the old system, a company could get a construction permit based on incomplete plans. That led to constant rebuilding before getting an operating license. Under the new system, companies would submit much more complete plans for approval and received their operating licenses once construction started. So as long as they stuck to the plan, the process would move more quickly.

Of course, every government plan to jump-start industry comes with billions of dollars of low interest loans. With a hot planet breathing down their neck and technology and policy in perfect alignment, what could go wrong?

A new-build boondoggle. This year on the 14th of February, in spite of the rosey predictions, Toshiba's chairman resigned after Westinghouse, the company's struggling US nuclear division, reported a massive $6.3 billion loss.

According to Bloomberg, as Westinghouse struggles to slowly complete 4 AP1000 nuclear reactors in the US, just to stay afloat, Toshiba may sell part of its flash-memory business — a cash cow and corporate crown jewel — for more than the $5.4 billion Toshiba originally paid for the nuclear specialist in 2006.

Toshiba has said it will stop trying to build entire nuclear plants, and Westinghouse will go back to just designing reactors.

In hindsight, at the time of the purchase, analysts were already saying that Toshiba paid too much. That was long before the global financial crisis slowed energy demand, and the fracking revolution lowered the cost of natural gas-fired plants. Of course, the final nail in the coffin was when solar and wind power dropped about 80% over the last decade.

New nuclear plants will remain the political bauble they currently are, unless next-generation nuclear can prove it can deliver fail-safe designs at affordable cost. Demand will be suppressed by energy efficiency and self-generation, and augmented by electrified transport and heat.

The old rules (relying on nuclear, coal and some hydro) were about locking in cheap base-load power, then supplementing it with gas to meet the demand peaks. But a new, more complex grid is evolving. As renewables are added, utilities will lock in as much locally available renewable power as possible, and supplement it with flexible capacity from demand response, storage, and natural gas, while importing extra power from neighboring grids (often using new transmission lines).

Now the US and EU nuclear power industries worry about the future, after pinning their hopes on the first construction in the US since the Three Mile Island accident in 1979. After all, among the 30 applications for reactors in the mid-2000s, only Toshiba's four Westinghouse units have moved to construction.

What happened? While Bloomberg has been reporting on this slo-mo debacle for several years (here, and here), after Westinghouse's announcement, Third Way, an Obama-afflilated Washington think tank that advocates maintaining current nuclear reactors to fight global warming, released a paper about the write down:

If there is one lesson learned from the delays and cost overruns in the US and Europe, it is that the era of building large fleets of light-water reactors is over in much of the developed world.

The paper says that conventional light-water reactors are too capital-intensive. So they require an older monopoly utility business models and long operating lifetimes to pay off the staggering costs.

Searching for a solution and echoing Liebreich, Third Way feels that a radical break from large 1GW light-water reactors will be necessary to revive the nuclear industry and hopes to see small modular reactors in the future.

The monopoly way or the highway

To prove Third Way's point, the Southern Company, the Georgia utility that hired Westinghouse, is still using the old monopoly model. As a sign of its entrenched power, Southern lobbied Georgia politicians to pass the Construction Work in Progress to shield itself from expected cost overruns and delays. CWIP requires ratepayers to fund Vogtle 3 and 4 on a pay-as-you-go basis, rather than the traditional post-completion payout. 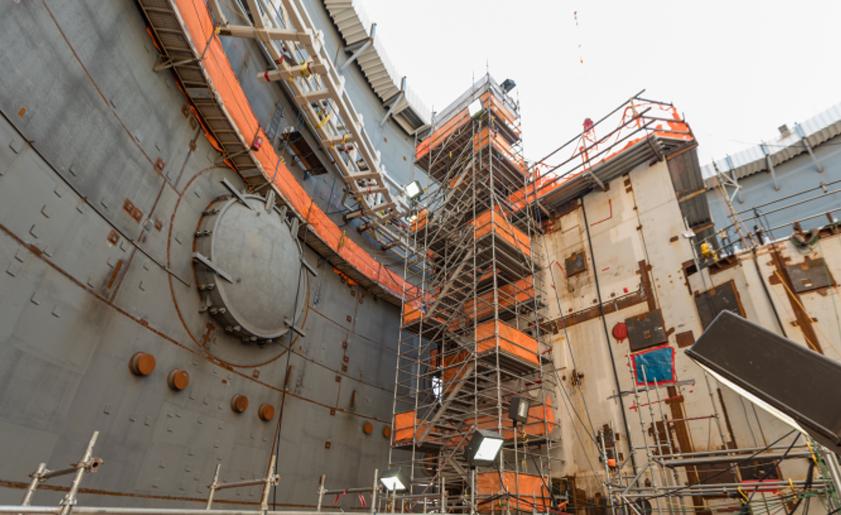 Southern knew nuclear construction is expensive, and rarely, if ever, comes in on time and on budget. It remembers that the existing Plant Vogtle reactors, begun in 1971, weren’t completed until 1989, more than a decade late. The original price tag was $900 million; the final bill came to $9 billion.

Third Way's second point underscores Toshiba's problems: after a thirty-year building hiatus in the US, nearly everyone with hands-on experience had retired. Entire supply chains and a highly skilled labor force had to be rebuilt from scratch.

To recreate that vanished supply chain, Westinghouse found a builder with past nuclear expertise, or at least the appearance of expertise. Although Baton Rouge, LA-based Shaw Group was a newcomer to nuclear work, it had bought Stone & Webster, an engineering company that had built many US nuclear plants from the 1950s to the 1970s. As you'd expect, after the long construction hiatus, Stone & Webster was a shell of its old self, but its name gave Shaw credibility.

According to Bloomberg, it wasn’t long before Shaw’s inexperience in the exacting field of nuclear construction sent up red flags. On one occasion, NRC inspectors found steel in the foundation of one reactor had been installed improperly. The wrong welds were used on nuclear modules and had to be redone:

Shaw “clearly lacked experience in the nuclear power industry and was not prepared for the rigor and attention to detail required,” Bill Jacobs, Georgia’s project monitor, told the state’s public service commission.

Westinghouse's sales pitch that standardized AP1000s would stay on time and within budget didn't work out. By late 2012, the $14 billion Vogtle project was almost $1 billion over budget and seven months behind the April 2016 target for Unit 3 to begin operation.

By 2013, more problems popped up at Shaw's factory in Lake Charles, LA, where components were built. Welds checked by X-ray weren't up to code and had to be redone. 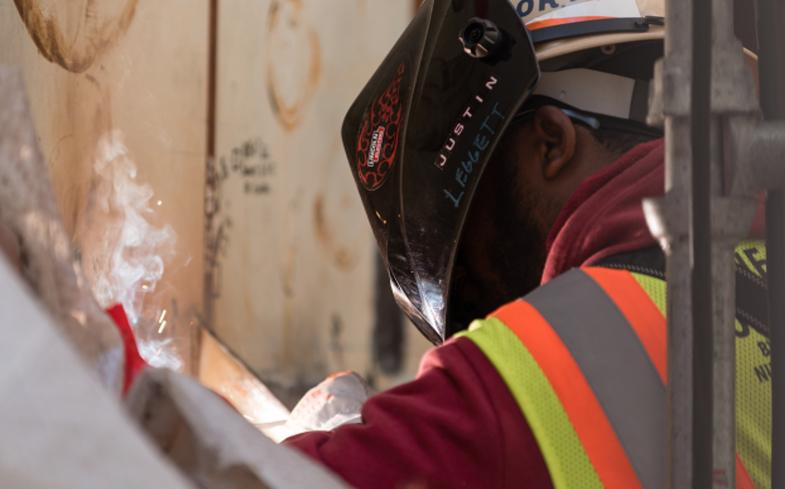 It turns out that the Shaw welders were used to working on oil rigs. Afterwards, any high-quality components had to be farmed out to factories as far away as Oregon and Japan.

Some of the biggest components, like the 300-ton reactor vessels were manufactured overseas.

Originally Westinghouse planned to fire up the new reactors in 2016 and 2017, but those dates were pushed back to 2019 and 2020. Still, to actually hit those latest production milestones, Westinghouse would have to accelerate the pace of work to over three times the amount that has ever been achieved to date.

So what happened to those pre-approved plans Westinghouse submitted to the NRC to speed up construction? After the earthquake and tsunami devastated Fukushima in March 2011, the NRC set stricter safety standards, causing Westinghouse to review the designs for the reactors and delay their construction well behind schedule. All these factors contributed to Toshiba’s mounting losses.

Bringing in the A-team

Westinghouse has turned to a new contractor, Texas-based Fluor Corp. to help get its project back on track. Ironically, Fluor, which has an eye on the future, is a major investor in Nuscale, a leading developer of small modular reactors (SMR).

After working on its design for more than ten years, Nuscale just formally submitted its design certification application to the US Nuclear Regulatory Commission.

It is the first SMR to be submitted to the NRC for approval (read the press release).

Its reactors are much smaller then traditional light water reactors. Theoretically they could be built less expensively in factories and shipped to the site by train or truck. Once up and running, an SMR could be added to like modular blocks when a utility opted for more nuclear power. The company claims that it can be integrated with other carbon-free renewable energy sources like wind and solar to provide consistent power and to help enable stable grid performance.

Nuscale already has a customer for its first 12-module unit of SMRs. The SMRs will be located in eastern Idaho on the grounds of Idaho National Laboratory. A municipal electricity cooperative plans to use the electricity to supply households and businesses in Utah.

Will Nuscale make it into the energy mix? 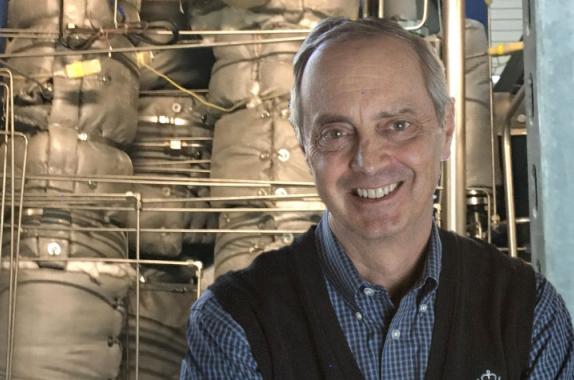 Chemical industry entrepreneur John Sofranko talks about his background, building a business, and about his company's goals and challenges. 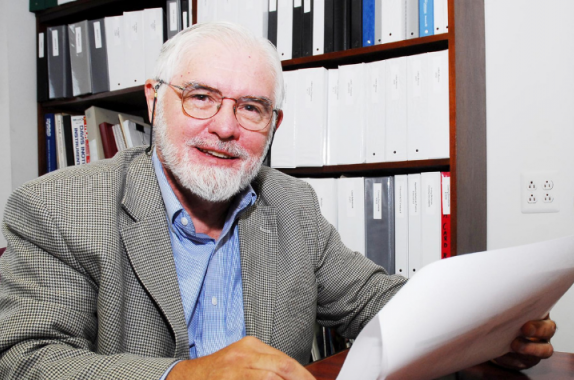 Angel investor Wayne Tamarelli discusses trends for chemical startups and what you can expect form the Chemical Ventures Conference.