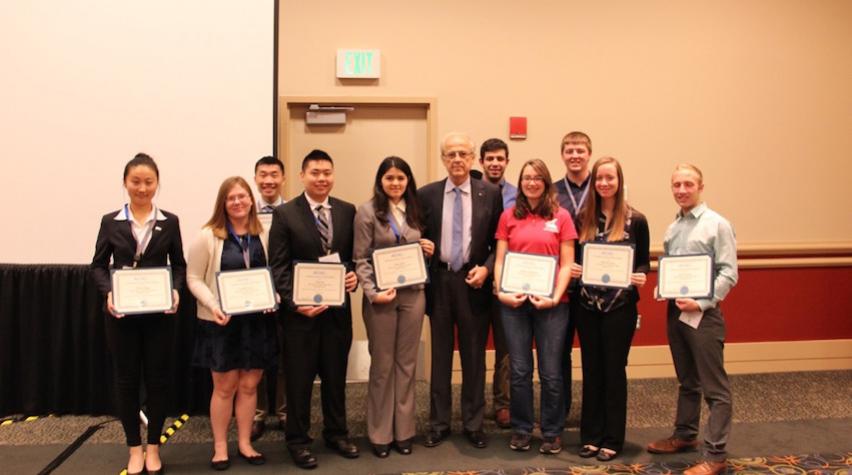 The Awards Ceremony for the 2015 Student Conference in Salt Lake City acknowledged notable achievements of AIChE student members, recognizing various winners of awards, scholarships, and competitions. The master of ceremonies was Chelsea Monty, Chair of the Student Chapters Committee. 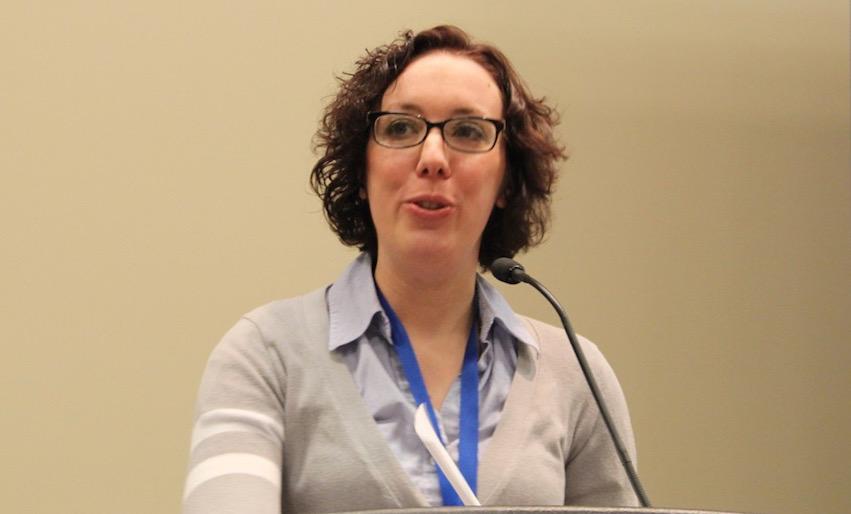 Chelsea opened the event by thanking the sponsors including Chevron, the 2015 Chem-E-Car Competition® sponsor; ExxonMobile, the ASC coach sponsor; and Worcester Polytechnic Institute, the conference advisor sponsor. She also thanked the ScaleUp Sponsors. The ScaleUp program offers a sponsored membership to all undergraduate students taking any chemical engineering course. In addition, she thanked the 2014-15 Executive Student Committee, who just concluded their year of service.

Chelsea then introduced 7 international student chapter leaders who are also recipients of the International Student Chapter Leadership Development Travel Grant. These students are:

Taking the podium next was Dr. Douglas Ludlow, professor of chemical engineering at the Missouri University of Science & Technology, and president of Omega Chi Epsilon. 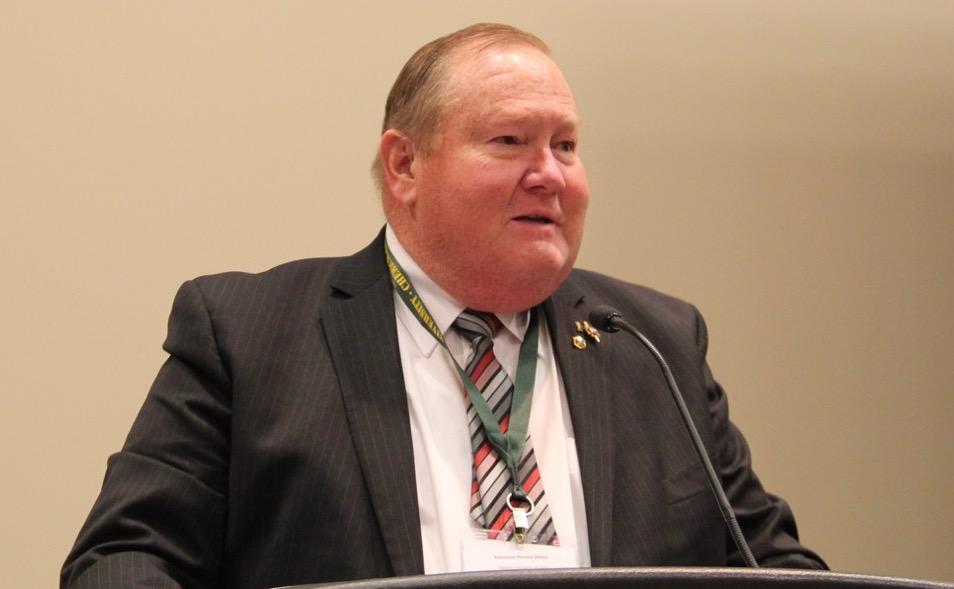 He introduced the nine students whose performance at the spring regional conferences earned the opportunity to compete in this year's Student Paper Competition Finals, which will take place on Monday, November 9 from 8:30-11:30am.

This year's Design Competition challenge was titled, "Alternate Technology for Sour Water Stripping," and a team of judges selected the top solutions in both individual and team categories.

Dr. Ludlow then thanked the judges and announced the winners.

While there was no first-place winner in the individual category this year, there were two submissions earning second and third place. The A.E. Marshall Award for second place went to Kelli Hogenkamp, Trine University. 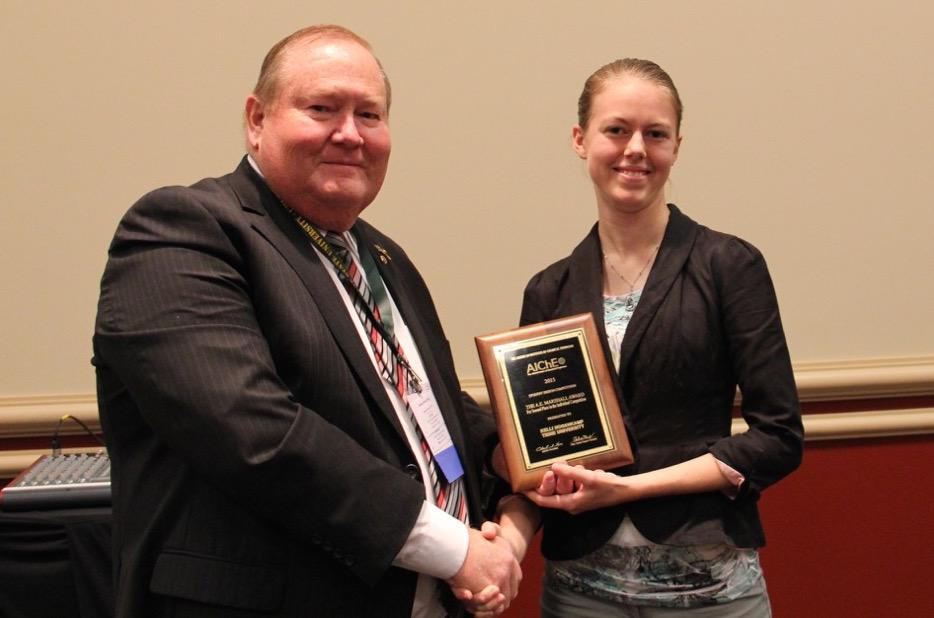 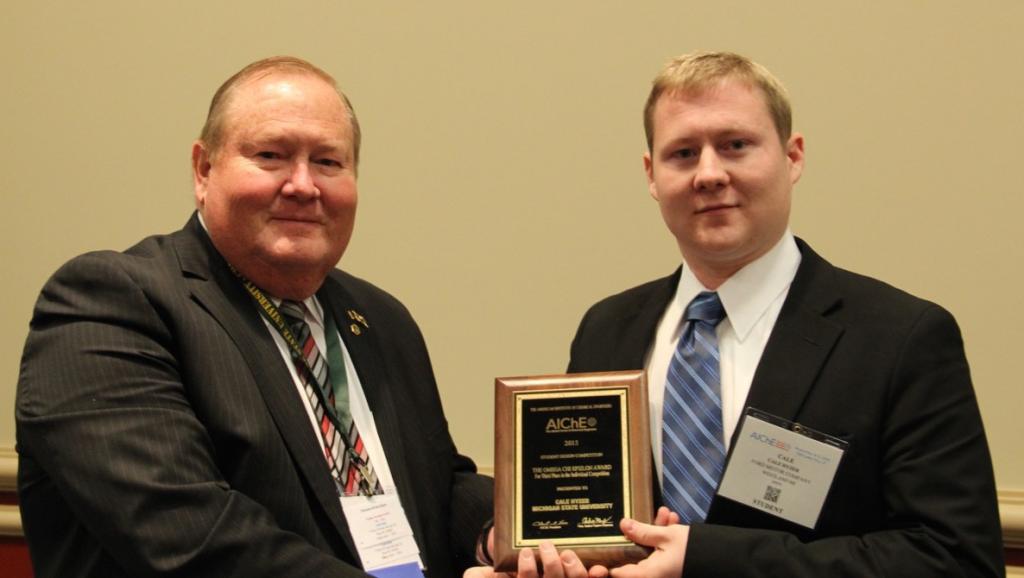 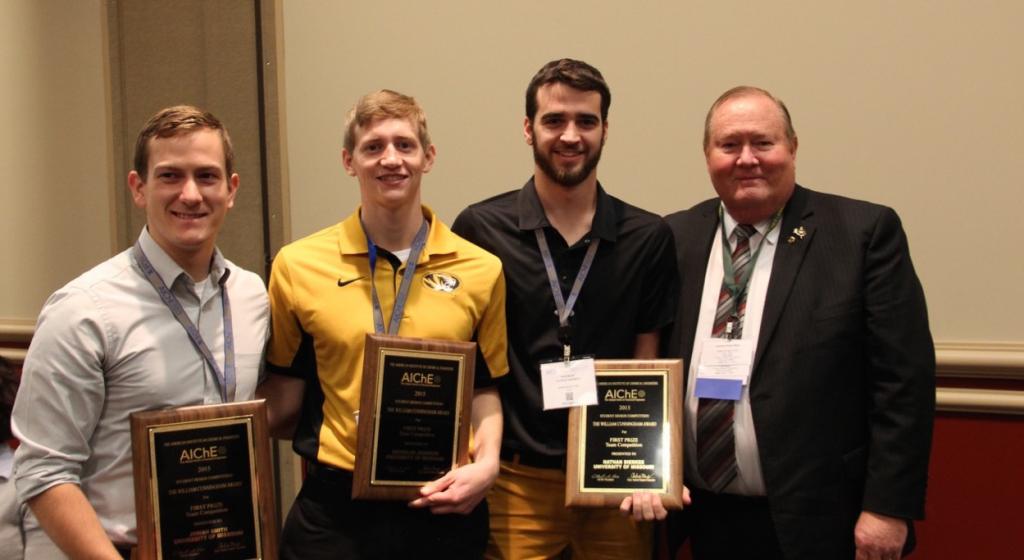 Nathan Dierkes, Nick Johnson, and Josiah Smith of the University of Missouri 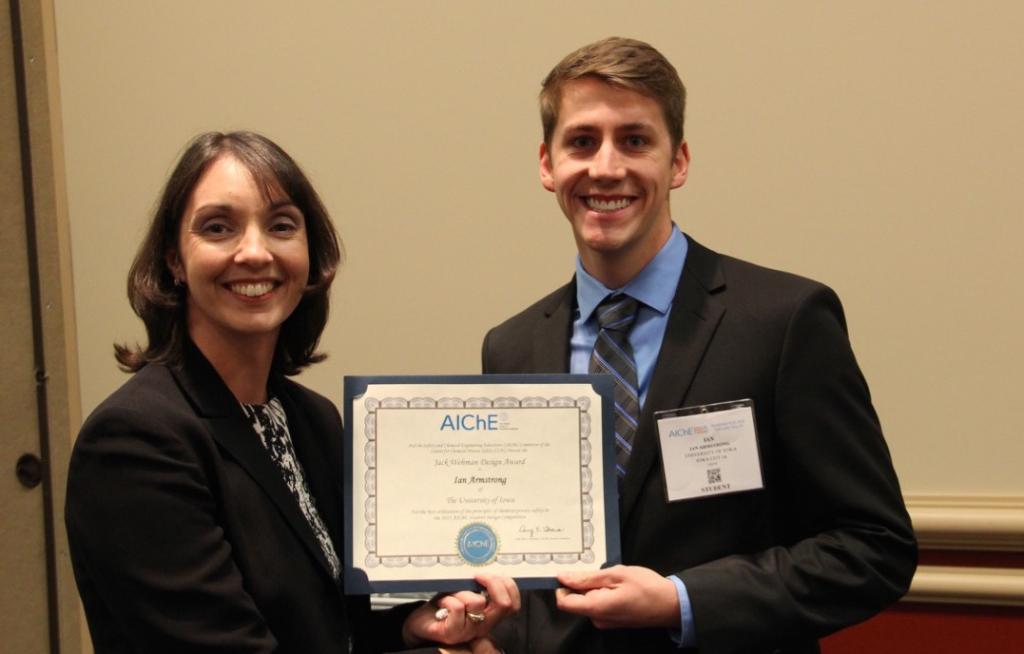 This year's recipients was Ian Armstrong, Austin Hangartner, and Catherine Suchanek of the University of Iowa. Ian accepted the award.

This year's award was presented to Jared Klein, Mai Ngo, and Coogan Thompson of Virgina Tech, who were not ableto attent the ceremony.

Doctor David Murhammer, professor at the University of Iowa and chair of the ChemE Jeopardy Competition, took the stage to announce ChemE Jeopardy winners. Click on the links below to see their photos.

Executive Director June Wispelwey took the stage to thank volunteers who work behind the scenes to promote and ensure the value of AIChE's student awards, competitions, and scholarship programs. She also discussed AIChE's global expansion, before presenting the ScaleUP Sponsor awards.

Aini Palizhati of North Carolina State University and Emmanuelle Wango of Prairie View A&M University were awarded with Chevron’s Scaleup award for their essay submissions on the key process safety issues that a chemical engineer must address in the energy industry. 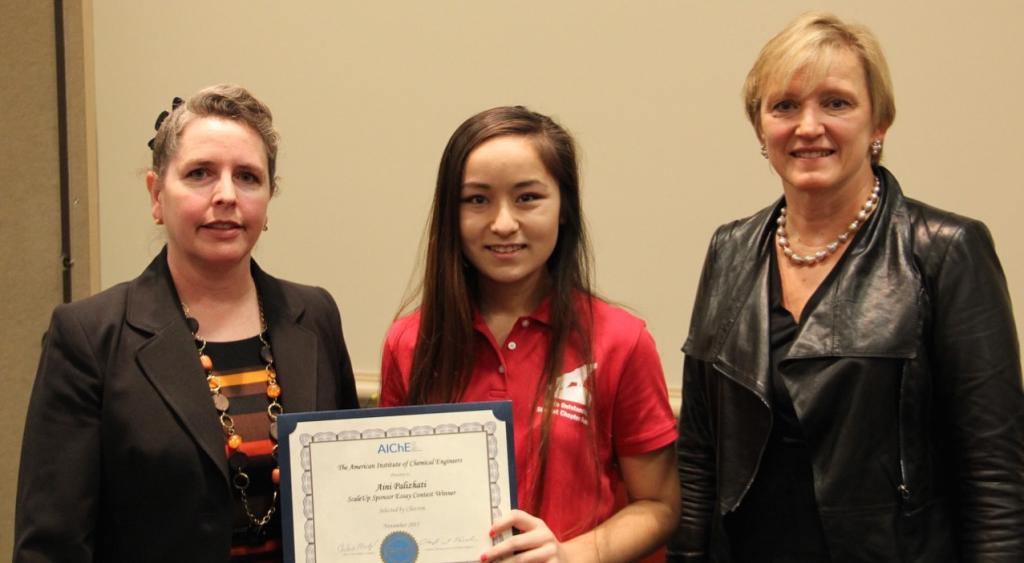 John Hursh of the University of Florida was awarded Dow’s ScaleUp award for an essay submission on how chemical engineers can contribute to renewable energy technology for space colonization. 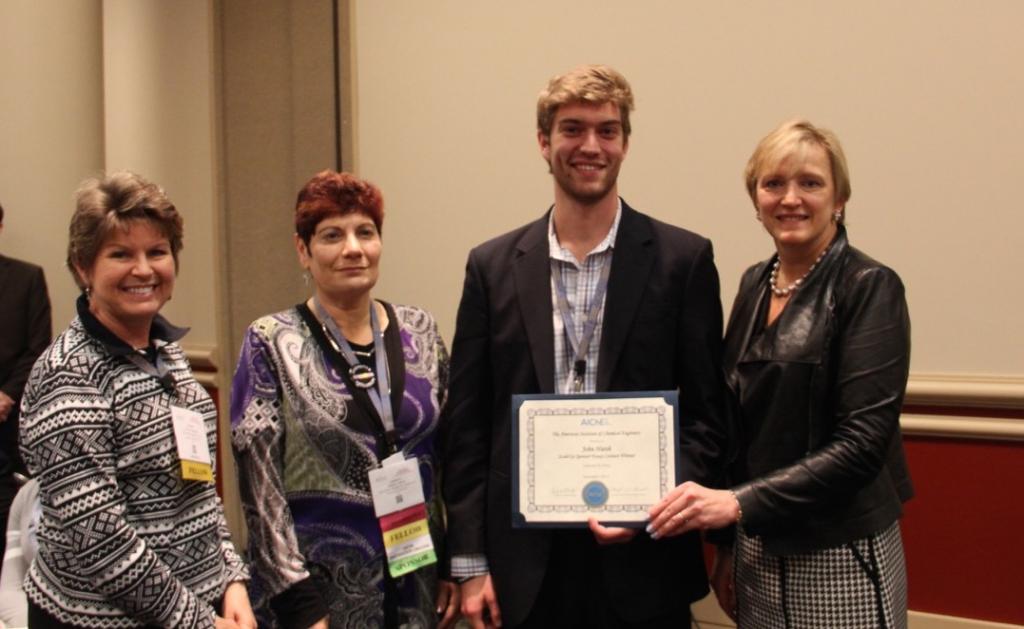 John Hursh of The University of Florida

Aaron Linsdsey of New Mexico State University, was presented with UOP’s Scaleup award for an essay submission on the effects of recent drop in oil prices for green fuels. 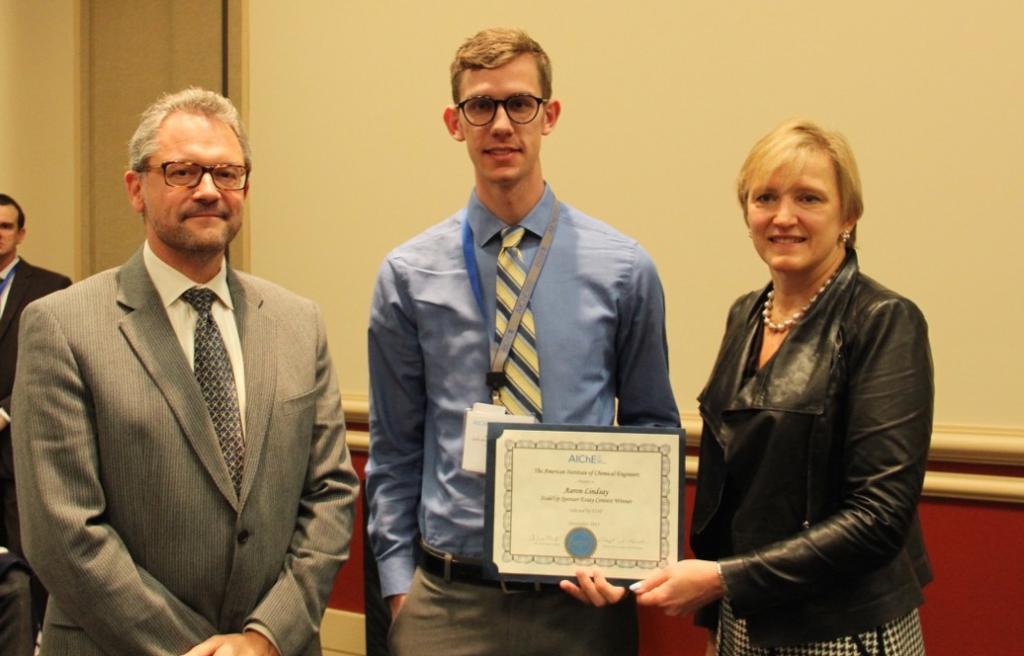 2015 AIChE President Cheryl Teich took the stage to discuss the importance of getting involved with AIChE in your local community by join a local section. Then, she presented the 12th John J. McKetta Scholarship Award, sponsored by The Dekker Foundation.

This year's award was presented to Kate Sciamanna. Kate had studied at Community College in Oakland, CA, UC San Diego, and Georgetown University and then tranferred to the Colorado School of Mines, where she became the VP of the Mines AIChE Chapter. Kate does membrane research for Douglas Way's lab and is a mentor for other transfer students. Her long-term goals could lead her to work in Industry as a process engineer and back to academia to teach the next generations of chemical engineers.

Learn more about this award.

This year's Youth Council on Sustainable Science and Technology (YCOSST) Award went to Michigan Technological University's student team for their project of developing a guide for harnessing low-grade geothermal energy from minwater for heading and cooling buildings. Edward Louie accepted the YCOSST award on behalf of the team. 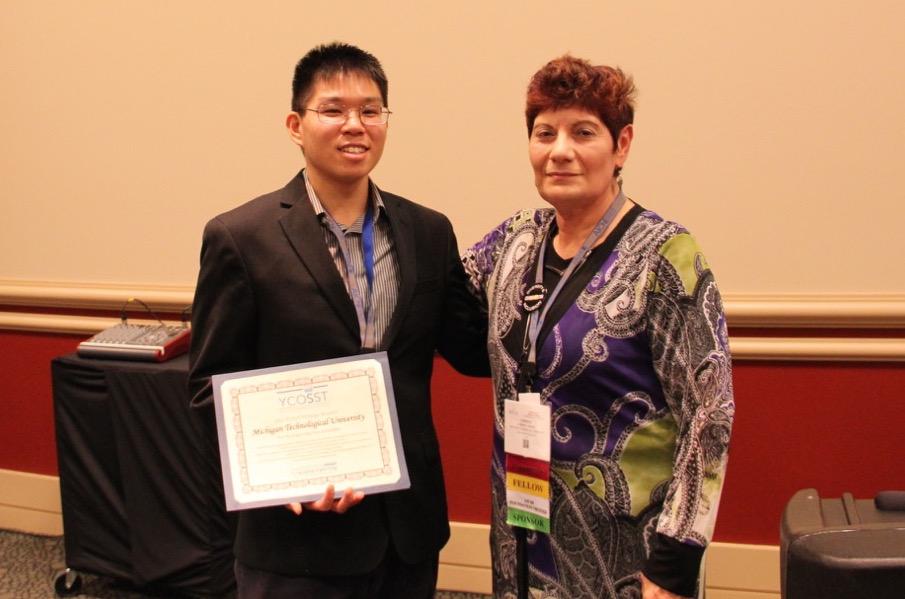 Cheryl then talked about how Engineers Without Borders helps build a better world through engineering projects that empower communities to meet basic human needs. She then recognized the Spring 2015 winners, Kavitha Chintam and Sarah Trossman from the University of Pittsburgh, who conducted a project on Tapagam Water Supply.

2015 President-Elect Greg Stephanopolous took the stage and quizzed students in the room as to how many working engineers they know and how AIChE can be a part of their job search. 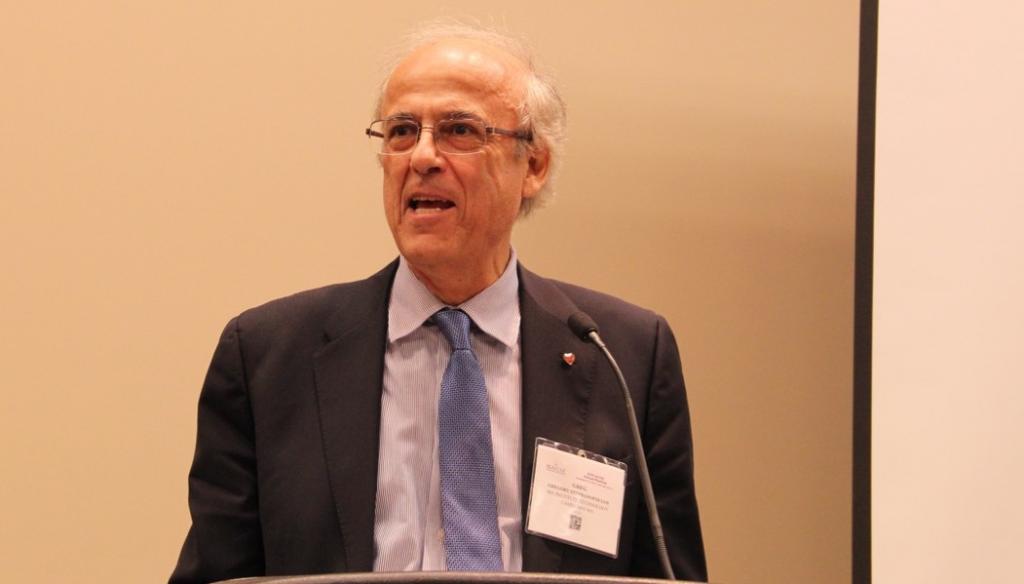 He encouraged students to use their membership in AIChE to help build their real-world network by participating in their student chapter, get involved with local sections, and meet people at this meeting and others.

Greg then recognized the 15 winners of the Donald F. and Mildred Topp Othmer National Scholarship Awards. The award of $1,000 is given to chemical engineering students for their outstanding academic achievement and involvement in student chapter activities. The following students were recognized:

He also recognized the Donald F. Othmer Sophomore Academic Excellence Award, which is presented to one student in each student chapter for the highest scholastic grade point average during his or her freshman and sophomore years. This year nearly 70 students earned the prize. In addition, more than 50 Freshman Recognition Awards winners were acknowledged. Recipients of this award are individuals from a student chapter who have been most active in freshman year.

Chelsea then took the stage again to award outstanding student chapters for 2015.

This award recognizes an individual's outstanding service and leadership in guiding the activities of an AIChE student chapter in accordance with AIChE principles. This year's award went to Wayne Curtis from Pennsylvania State University. 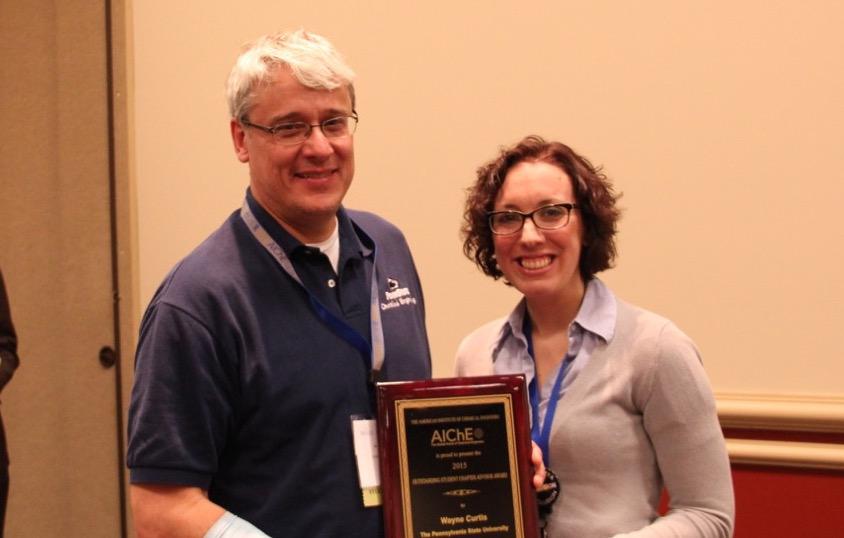 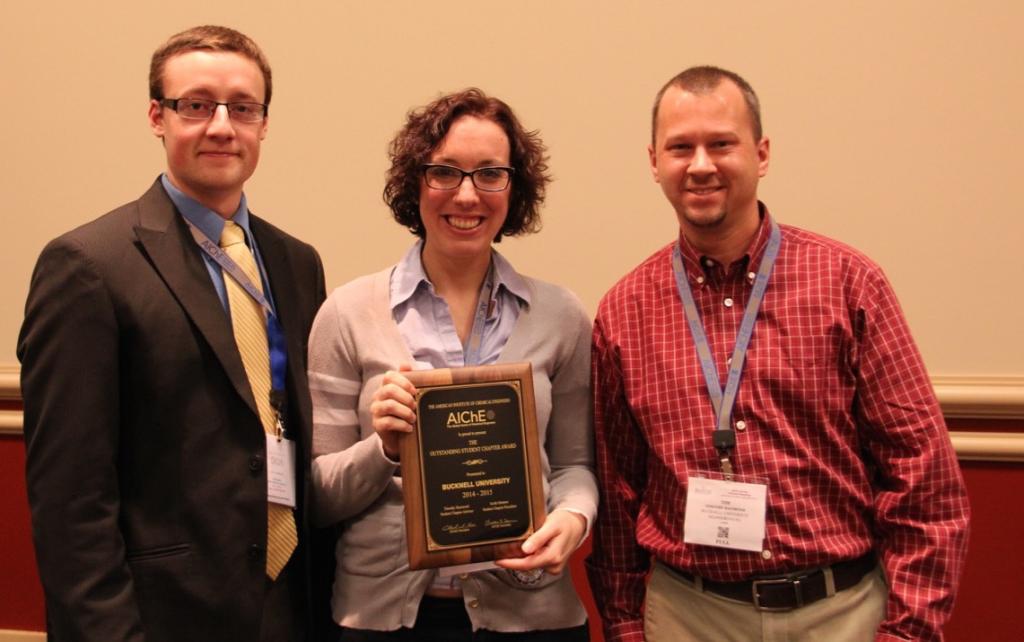 Bucknell University has reached the milestone of being an outstanding student chapter for five consecutive years. 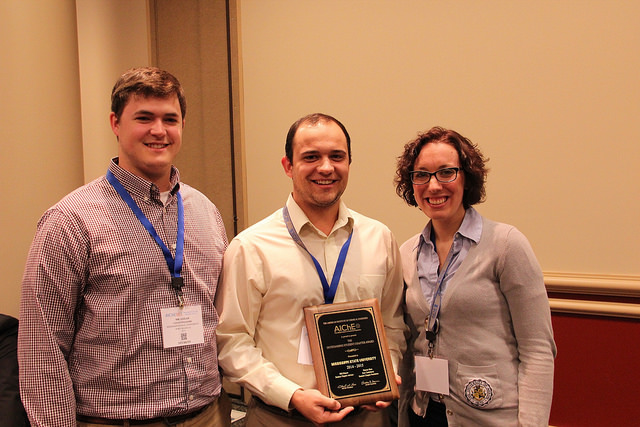 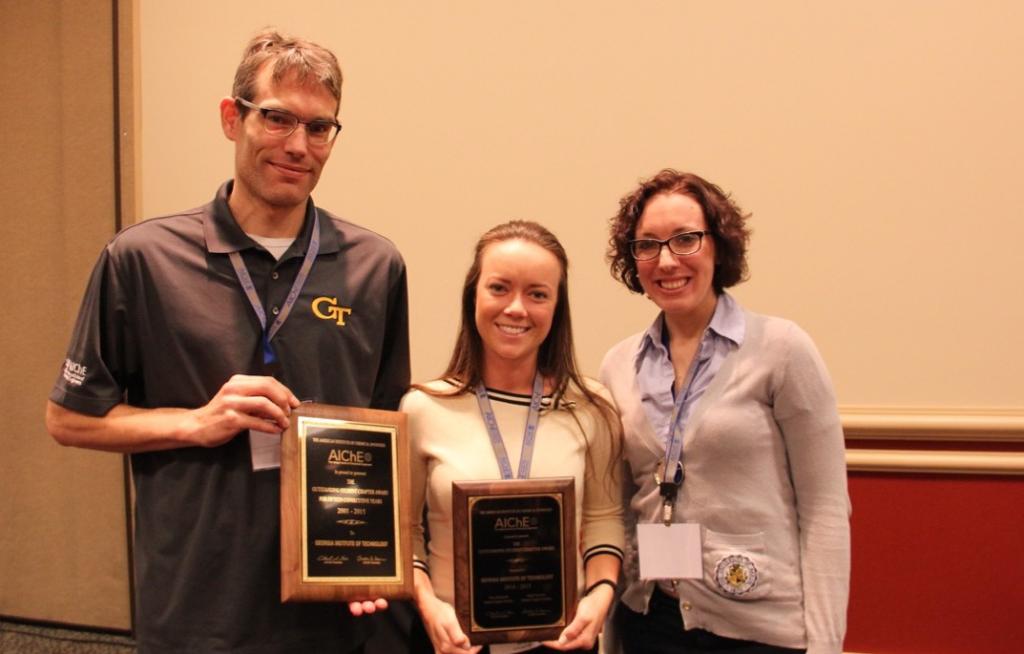 Georgia Institute of Technology, which has reached the milestone of being an outstanding student chapter for 15 consecutive years, earned a special plaque for the achievement.

See photos of all these chapters

The AIChE/CACHE Mobile Device App Competition invites undergraduate student teams to create an app for a mobile device that is deemed to be useful for an AIChE member. The app that is developed must be able to run on a mobile device such as a smartphone. Two awards of $500 are given. The first award is for the best mobile app overall, and the second is for the best mobile app specifically addressing safety. Each team receives a cash award of $500 for their student chapters.  This year’s winners will be announced on Monday, November 9. 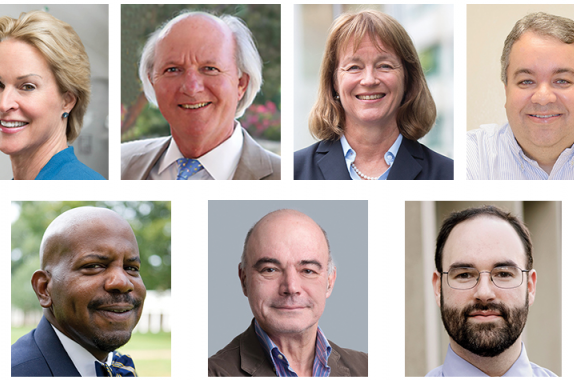 Preview the many accomplished speakers delivering lectures at the 2020 AIChE Annual Meeting. 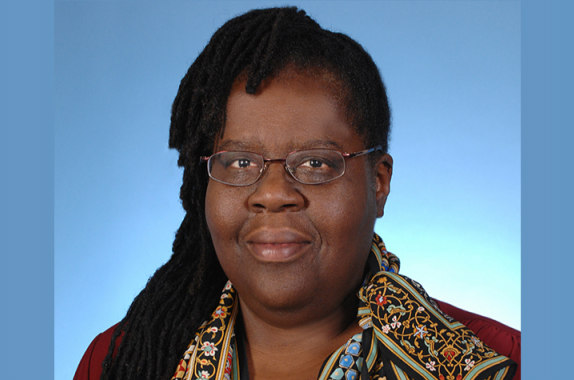 AIChE’s Award for Service to Society recognizes outstanding contributions by a chemical engineer to community service and to the solution of socially oriented problems.