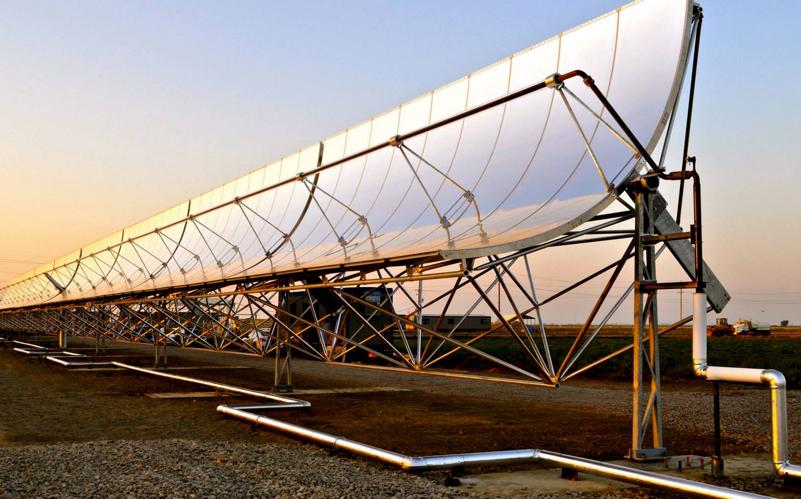 And this unorthodox approach is no coincidence. As a firm believer in the water-energy nexus, Mandell thinks both resources are inextricably linked, which means that it was a no-brainer to leverage one to produce the other.

Another example of how Mandell juggles nexus synergies is revealed by AltaRock, an earlier startup that uses an enhanced geothermal process called “hydro-shearing” to stimulate under-performing geothermal wells.

After traditional drilling failed to produce much power, AltaRock successfully boosted the performance of the Blue Mountain geothermal power plant in Nevada by pumping water, combined with particles of a biodegradable material, to open up the hot rocks deep in the reservoir. New cracks formed and more water flowed.

From salad bowl to dust bowl

In the meantime, California farmers, normally a stoic breed, are unsettled as they walk through formerly lush farmland, parched and fallowed by California's long drought. This land has been visibly sinking like the spine of an old, swayback nag, as deep, underground water is desperately pumped to irrigate crops.

It's starting to feel like a prequel to Zombie Nation, where it's every farmer for himself. With over-pumping thrown into overdrive, groundwater levels are plummeting to historic lows. In the hardest-hit areas, farmland is sinking at the rate of a foot a year. That's the geological equivalent of realizing that grandma Sadie has shrunk another inch since last Christmas.

The cruel economics of peak water

Ironically, the Central Valley's deep aquifer isn't in any danger of running dry. Scientists estimate that it holds 800 million acre-feet of water. But having to go deeper and deeper for groundwater will ultimately force growers to retire more and more land.

The stark reality is that farmers will run out of money before they run out of water. As the groundwater drops lower, wells eventually become too expensive to use, as it takes more and more money to pull water from depths of 2,000 feet or more. So like peak oil, peak water just means that the resource becomes more costly to find. To keep California's agricultural industry humming, the low-hanging fruit has been picked — unless you listen to Aaron Mandell's pitch.

He says that his pilot project, which is located on the valley’s west side — subsidence-central — has been tapping just a small fraction of a million acre-feet of water laying just below the surface. It's 12 times San Francisco’s yearly water use and 1.6 times LA’s. It would take 18 desalination plants the size of the new Carlsbad plant to produce the same amount. 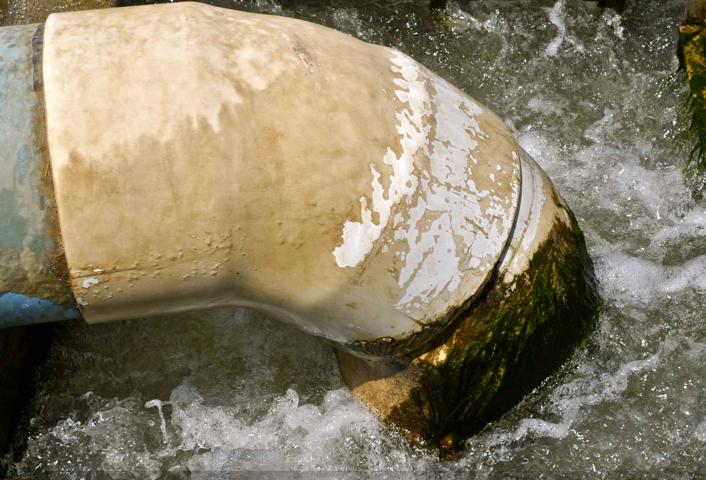 It turns out that this was a natural location for WaterFX's first plant. The area's farmers don’t just want to clean up the water. They have to clean it. Otherwise the salty, leftover water rises into the root zone, killing valuable crops. It not only contains high levels of salt, but also selenium, an element that is poisonous at high concentrations.

Waterfx's equipment is relatively simple. A 377-foot-long parabolic mirror reflects and focuses the sun’s rays on an oil-filled pipe that runs along a focal point above the mirrored array. WaterFX calls it a SkyTrough, where the intense solar energy heats the oil in the pipe, which runs to a treatment plant and boils water. The steam — pure, distilled water — is captured and condensed, while a small percentage of minerals is left behind in a highly concentrated form to be sold. 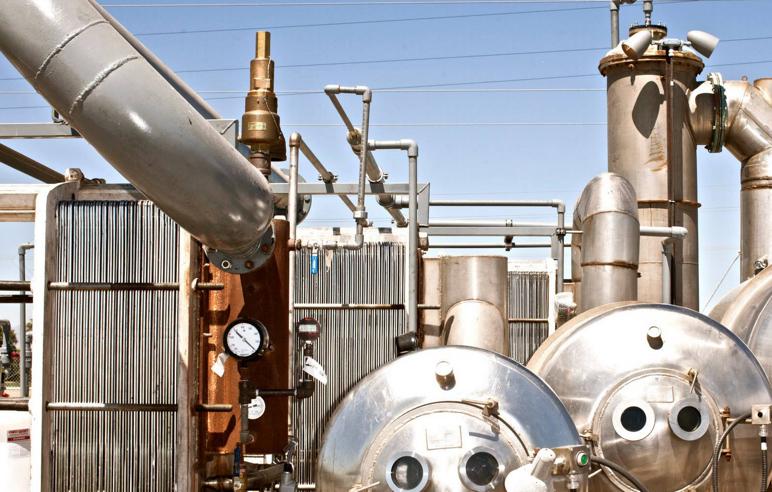 The single unit occupies 6,500 square feet and can treat 65,000 gallons per day and is scalable to any size, Mandell told National Geographic. The system can also store the energy it produces, providing 24/7 operation.

"We wanted it to be highly modular and highly scalable so the same system is usable for very small applications all the way up to very large scale," Mandell told the Guardian.

Scaling up to meet global demand

Now Mandell plans to scale up. Through a project dubbed HydroRevolution, the company is organizing a community-based fundraising campaign to expand on its work with Panoche and build the Central Valley’s first commercial solar desalination plant on 35 acres of land.

The commercial-scale plant will include 35 SkyTroughs, which will take the drainage from 7,000 farm acres around Panoche and pump out 5,000 acre-feet (1.6 billion gallons) of clean water per year to supply water for 10,000 homes or 2,000 acres of cropland.

WaterFX will sell the water back to farmers for about $450 an acre-foot. That's higher than the cost of federal-supplied Central Valley Project water, but that's in short supply. Water will be sold directly to the Panoche Water District, and the company says it has a letter of intent that will be converted to a final contract over the next month.

To raise the needed funds, Mandell hopes to begin seeking $10 million from investors who would purchase stock in the business via a state-sanctioned public offering. WaterFX plans to borrow the remaining $20 million.

Ultimately, there's a huge, global market waiting for WaterFx's technology. For example, Saudi Arabia's 30 desalination plants use about 300,000 barrels of crude oil equivalent a day. The trend in other Gulf countries is similar. "The status quo is not sustainable," concludes the World Bank, which describes the elimination of fossil fuel use in desalination as "critical."

Will we see this technology in the Middle East?