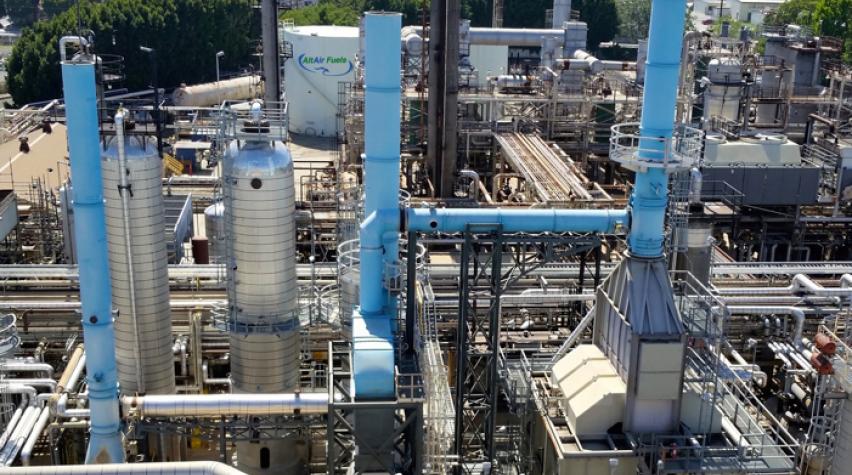 Oil may be playing nice for now as it calmly toys with $50 a barrel, but airline executives who watched manic prices spike above $100 for several years won't stop looking for a cheap renewable jet fuel anytime soon.

An especially early and eager convert, United Airlines is so intent on going green it placed bets on two different technologies. The airline wanted to make sure that both lived at separate ends of the landfill, vaporizing and melting everything in sight using blasts from either gasification and pyrolysis.

AltAir's fuel is ready to pump because during 2013's grim days of high oil prices United's executives wanted to experiment with 15 million gallons of biofuel made out of non-edible natural oils and agricultural waste. That investment paid off. The airline expects to see the first five million gallons delivered any day now to its LAX hub. This should gratify anyone who doesn't see longterm relief from current Saudi hardball sale prices. But there was another factor that helped to determine United's choice of biofuel contractors: UOP's technology had been around longer, building up a solid reputation by supplying the US military with some of its first small batches of jet and ship biofuels. 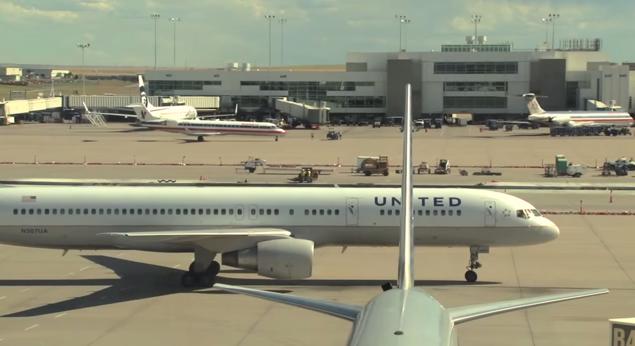 The road to green bio-jet

It's easy to see the simple chain of events. During the war in Iraq, a mired-down US military began to see high oil prices as a security threat. It had experienced its own existential crisis as high fuel costs blew holes in its defense budget. So as the logistical fog of war cleared, America's single largest oil consumer changed its long-term planning.

In 2007 the Pentagon had DARPA, its research arm, contract with UOP to produce renewable military jet fuel. At the top of a long wish list, the military brass wanted a “drop in” replacement fuel. After all, with so many planes in its arsenal, modifying every turbine would be a non-starter.

UOP fulfilled its mission. The Honeywell Green Jet Fuel produced by that early research blended seamlessly with petroleum-based fuel. In up to 50 percent blends, Green Jet Fuel required no changes to aircraft technology at all, and the fuel also had a slightly higher energy density, meaning that aircraft could fly farther on less fuel. It is also expected to achieve at least a 50 percent reduction in greenhouse gas emissions on a lifecycle basis (check out a Green Jet brochure). 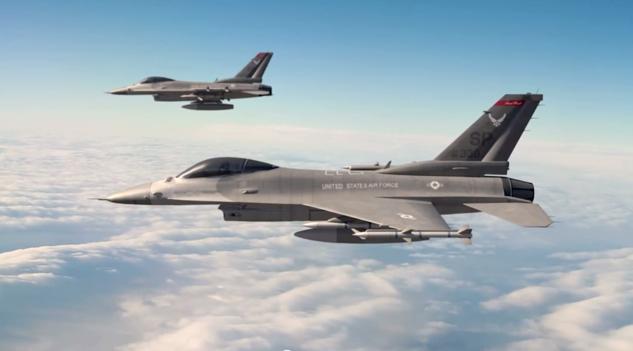 Since then commercial and military aviation have been enmeshed in the quest for renewables, because when the price of crude rises, everyone's costs jump. According to Ray Mabus, Secretary of the Navy, each $1 rise in a barrel of oil results in a $30 million increase in yearly operating expenses for the Navy and Marines, and, at the same time, United takes a $400 million hit that year.

For several years the Navy and the Air Force tested UOP's new biofuel, with excellent results. This may have culminated in 2012 when the Navy showed off its "Great Green Fleet," a 71-plane demonstration powered by biofuels that took place off an aircraft carrier 100 miles off Hawaii. This successful global publicity stunt was orchestrated by Secretary Mabus in his push to power half the service's energy by alternative means by 2020. Of course, UOP's relationship with the military continues today. According to Biofuels Digest, UOP was linked to an 80 million gallon project that is at the heart of the US Navy’s advances into biofuels.

A key date for UOP was 1 July 2011, when ASTM approval was granted for "renewable fuels" in commercial and military aircraft. The ASTM D7566(1) standard permits up to 50% "bio-derived synthetic fuel" to be blended with conventional commercial and military jet fuel. The bio-derived fuel is synthetic paraffinic kerosene (SPK) from hydroprocessed esters and fatty acids (HEFAs), which is identical to the hydrocarbons found in Jet-A.

UOP was a leader in the development of ASTM D7566 bio-jet fuel by adapting its UOP/Eni-Ecofining green diesel fuel process to produce "renewable jet fuel," or SPK.

That brings us to the other quick-to-market difference between AltAir and UOP. While Fulcrum Bioenergy will pay Abengoa $200 million to build its Sierra Biofuels Plant, AltAir was able to save money retrofitting an idled refinery by using UOP's refinery-based process technology. Not coincidentally, at the same time UOP announced that its pyrolysis process is capable of producing RTP fuel at scale, a crude oil competitor for a price of $45 per barrel (of oil equivalent). The fuel can also be upgraded at the refinery, using modified refinery equipment.

UOP's process has a helpful reputation for being feedstock-agnostic. Back in 2010, when UOP received a $25M DOE grant to build a fast pyrolysis and upgrading unit at the Tesoro refinery in Kapolei, Hawaii, they said they would test a full menu of waste agriculture products: pulp, paper, woody biomass, algae and dedicated energy crops like switchgrass and high-biomass sorghum.

UOP has accomplished its mission one more time. Readying AltAir's biofuel for delivery to United at LAX, its president Bryan Sherbacow said, “This project demonstrates the practical efficiencies these fuels allow by fully integrating into an operating petroleum refinery.

From brownfield to greenfield

While AltAir's brownfield retrofit played to all of UOP's strengths, its technology has also been selected by Petrixo Oil & Gas to produce renewable jet fuel and renewable diesel at a new refinery to be built in Fujairah, United Arab Emirates. Petrixo will invest $800 million to build the new refinery, which will produce 1 million tons per year of biofuel products including biojet, green diesel, bio-naphtha, bio-LPG, and biodiesel, and would be the first commercial-scale renewable jet fuel production facility outside of North America.

The deal is really big for UOP because the capacity is, too. This refinery will produce 300 million gallons by processing 500,000 metric tons of feedstocks a year into green jet fuel and green diesel. This is the same technology being used by AltAir in Los Angeles to produce green diesel at a 133 Mgy commercial-scale facility in Norco, Louisiana, and green diesel at the Eni refinery in Venice, Italy.

The technology's agnostic reputation helped to clinch the deal with Petrixo. As a founding member of the Sustainable Bioenergy Research Consortium (SBRC), along with Boeing, Etihad Airways, and the Masdar Institute of Science and Technology in Abu Dhabi, UOP has long supported testing saltwater-friendly halophytes as a locally sourced biofuel crop.