Fulcrum Bioenergy's Sierra BioFuels Plant is due to start construction on the outskirts of Reno — in the same industrial park as Tesla’s Giga-factory. Once it's finally finished, it will be first plant of its kind to turn garbage (MSW) into a renewable syncrude that will be upgraded to more than 10 million gallons of jet fuel annually. But success has been far from certain.

Fulcrum just raised a crucial $30 million investment from United Airlines to help continue development on its factory, after struggling for nearly seven years as long development times slowed down the project and raised costs. "This is a major advancement and accelerates our whole program,” said James Macias, Fulcrum’s CEO.

For its part, the airline invested in Fulcrum in an effort to fly more sustainably by using a jet biofuel. Speaking directly to this point in a press release, Fulcrum said its technology can cut an airline’s carbon emissions by 80 percent compared with traditional jet fuel.

The airline industry has known for years which way the regulatory wind was blowing. Finally, the Obama administration said last week that it would take the first step toward regulating greenhouse gas emissions from airplanes, even though it acknowledged it would take years before more stringent standards are in place.

So airlines like United have every reason to adapt their fleets to biofuels — the quicker the better — not only to reduce pollution but also to lower what's normally their biggest cost: jet fuel.

Fulcrum says it can produce its biofuel for “a lot less than” $1 a gallon. (United bought its jet fuel for $2.11 a gallon in the first quarter, and said its deal with Fulcrum was competitive.) “We're producing very large volumes at a very good price,” Mr. Macias said. 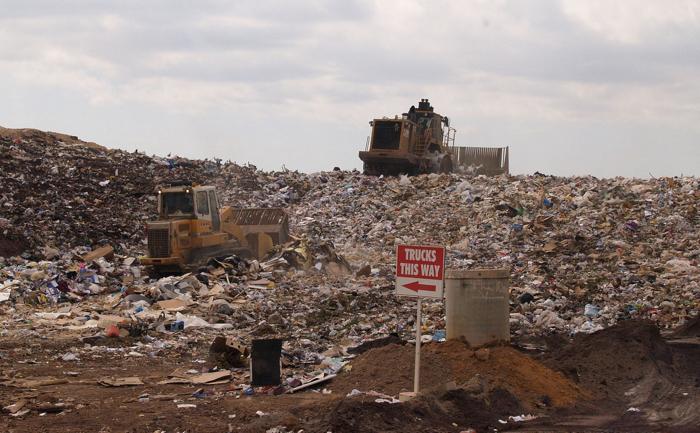 There is also an agreement with Waste Connections. Each waste hauler saw its zero-cost feedstock agreements as win-win. Both will be able to divert garbage from growing landfills after being paid originally to take it away.

Assured of a reliable biofuel supply, United said it plans for Fulcrum to produce up to 180 million gallons of biofuel a year, which is a still very small drop in its fuel budget. Since last year, United’s global fleet sucked up 3.9 billion gallons of fuel, at a cost of $11.6 billion.

Once the plant is up and running in 2017, the MSW will be delivered to Fulcrum’s feedstock processing facility, where recyclable materials and inorganic waste will be extracted. Left over organics are then sorted and shredded.

Next, the gasification system ingests the bite-sized pieces, where it's converted into syngas. Fulcrum uses a highly efficient gasification system from ThermoCHEM RECOVERY, which insures that the feedstock rapidly heats up in the steam-reforming gasifier, immediately converting to syngas. A venturi scrubber captures and removes any entrained particulate. The cleaned syngas is then processed through an amine system to capture and remove sulfur and carbon dioxide.

In the Fischer-Tropsch process, the syngas reacts with Fulcrum’s proprietary catalyst to form intermediate heavy, medium and light fractions of the liquids. The light fraction is recycled in the partial oxidation unit along with the remaining tail gas to get converted into hydrogen and carbon monoxide.

In final step, the heavy and medium liquids are upgraded through hydrotreating, hydrocracking and hydroisomerization into jet fuel.

Getting off the ground

Abengoa is another a strategic partner for Fulcrum. Last year, Cathay Pacific Airways became an equity investor and entered into a long-term fuel offtake agreement.

According to Fortune, while many biofuel companies have failed, Fulcrum has managed to find support that others haven’t. In addition to United Airlines, the company has also had the U.S. federal government backing it up:

Near the end of last year, Fulcrum BioEnergy closed on a $105 million loan guarantee through Bank of America backed by the U.S. Agriculture Department. That amount represents less than half the factory’s total cost of $266 million, according to the USDA statement.

But as part of the deal, Fulcrum BioEnergy had to build a demonstration facility in North Carolina to prove that its technology could run continuously and reliably.

There have been bumps in the road too. The most public setback was in 2012 when the company pulled a planned IPO, citing adverse market conditions.

So getting this plant built has been a long, unfinished project. There are still risks. Something could still go wrong. But now that Fulcrum BioEnergy is inching closer to construction, this is a big accomplishment for every deep pocket that Fulcrum has relied on get to this important turning point.

Is Fulcrum's zero-cost feedstock the decisive factor for success?