Bill Gates-Backed Mega Battery Is Plugging into the Grid

The Extreme Electrochemistry Group? Is this an Icelandic Goth Metal Trio? No, it's Professor Donald Sadoway's MIT lab, which invented and spun out the world's only liquid metal battery, a potential enabler of the extreme power grid 2.0.

First of all, Extreme Electro-anything deserves some context: After nearly a century of business as usual, utilities are bracing for major change. Lately, the grid that once routed predictable flows of baseload and peak power to users has experienced increasing stress as renewables hit a tipping point. Last year the cascading effect of dropping turbine and solar module prices meant that new wind and solar facilities generated more power.

Suddenly, finding a way to store and manage the intermittent surge of electrons potentially destabilizing the grid is becoming imperative. So where's the storage industry that should soon be making a fortune supplying utilities with state of the art battery technology? Still scaling up, and many startups have just emerged from labs to undergo time-consuming demonstration projects.

In the future, a three-part ecosystem should make up the extreme grid 2.0, and it must include power producers, transmission, and storage all working together. But right now there's a storage void that will struggle to catch up as renewable adoption accelerates. Worst case scenario: storage falls further and further behind, and grid transformation stalls and limbos out, creating a back-to-the-80s Soviet-style infrastructure stasis.

Sadoway vs Musk - mano a mano

Since nature abhors a vacuum, a media savvy tech impresario has stepped in to fill it. In California, when Telsa Motors CEO Elon Musk unveiled his company's stylish, standalone lithium-ion storage battery, he buffed up its image by saying that current batteries kind of “suck.” With that carefully calibrated remark, he dragged-and-dropped an emerging industry into the desktop trash bin — crumple, crumple, gone. Swept up by charisma, lights and music, the crowd enthusiastically agreed. But at least two men beg to differ. 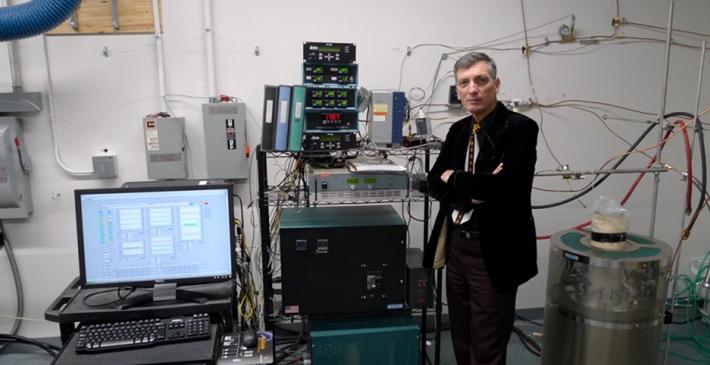 3,000 miles away in Cambridge, Sadoway, who also has his own rock star following on campus, is a professor of materials chemistry at MIT and the co-founder of Ambri, the soon-to-be-mythic (in an Icelandic kind of way) liquid metal battery maker. He can quickly lay out several reasons why Musk's battery simply can't compete with Ambri's 40-foot shipping container loaded with 25 tons of liquid metals (see the Ambri brochure).

First of all, Sadoway deliberately designed his industrial-sized monsters to thrive on the grid as they end renewable energy's stigma of intermittency. That's because the batteries can provide enough capacity to store huge amounts of surplus electricity from wind, solar, or traditional base load power plants, and then release it — for up to 12 hours — whenever it’s needed (listen to Sadoway and David Bradwell, Ambri's first employee and current co-founder). 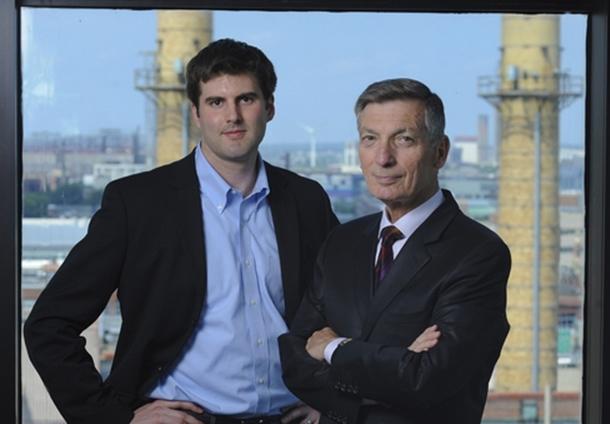 Like a revved up prosecutor closing a slam dunk case, he explains that Ambri's unique liquid metal chemistry, which he developed with Bill Gates’s early financial backing, has three liquid layers floating on top of one another because of their different densities and immiscibility. After thousands of charge/discharge cycles, tests showed that the special battery chemistry suffers little of the degradation that causes capacity fade with lithium-ion. Ultimately, according to Sadoway, each battery will last about four times longer than Tesla's.

Unlike finicky, high-maintenance lithium, this battery is also less expensive, since it comes packed with dirt cheap "earth abundant" metals. But Sadoway's been saving the easiest argument for last, so he can finally put Musk away: Ambri's manufacturing costs are minuscule compared to the glitzy Gigafactory rising up in the Nevada desert like a Vegas casino.

Now, everyone's just waiting to see if Sadoway's and Gate's mega-battery performs as advertised and then utilities start to plug it into the grid in large numbers. If so, the MIT inventor will finally realize his dream to help wean the grid off dirty energy.

This 21st century Icelandic Goth Saga about infrastructure upheaval and redemption will finally come to a happy end, with an engineer as a super hero: just doing my job, ma'am, inventing the future and storing electrons for a needy world. (Sadoway, in stylish GQ black and white, amps about the future of energy.)

If Bill Gates were selling a utility exec on Ambri's liquid metal battery, he'd probably say that Musk's battery is great for cars, but it doesn't have any business — or staying power — on the grid. That's important because Gates is only looking for true breakthrough technologies like Ambri's, which offer a chance to massively help to reduce the rapidly rising CO2 levels causing climate change.

But now he's going one step further and making more bets on more risky green tech like Ambri. With $80 billion idling in banks and global bond markets, he says he's ready to gamble an extra $2bn, doubling down on his first $1bn, which is already nuturing several new technologies.

Using his own fortune, Gates is also trying to commandeer the global stage, that private-jet packed celebrity runway at Davos, and leverage his lingering power as a paradigm-shifter to convince CEOs, venture capitalists and governments to fund riskier research — and take a quantum leap out of the box. He wants the "smart money" to give up the complacent risk-reward scenarios that back off-the-shelf technologies like wind farms, solar plants — and lithium batteries.

The timing for Gates and Sadoway may be right on the money. Last year wind turbines accounted for 45 percent of new US power production, while solar made up 34 percent of new capacity worldwide. The growing market for grid storage will increase almost 10-fold in three years to 2,400 megawatts, according to Navigant Consulting. 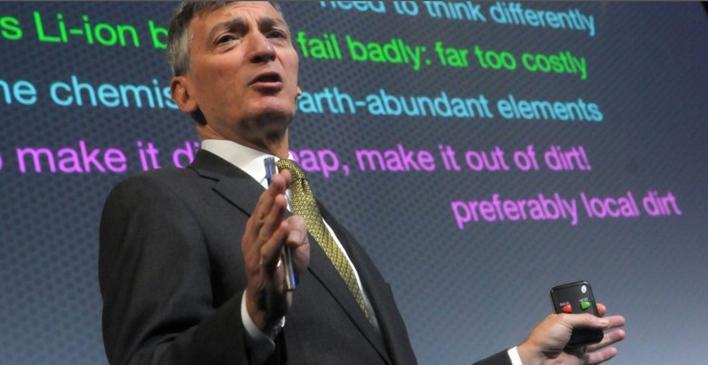 And Sadoway's behemoth is one of the first big batteries going onto the grid. This year, he plans to ship six 10-ton prototypes packed with hundreds of liquid metal cells to wind and solar farms in Hawaii, a microgrid in Alaska, and a Consolidated Edison substation in Manhattan.

Aptly timed with Ambri's new projects, Gates just kicked off his high-tech-guru-comeback tour. So after spending years searching for an energy roadmap and banging ideas together with researchers like Vaclav Smil, he knows that now, with the stakes so high, if he — and the world — don't break the rules with a ruthless pragmatism, it would betray the earlier, subversive Bill Gates. Now a graying Gates  is trying to rewrite the headline on his future obit, hoping a 59-year-old billionaire can reconnect with the same reckless self-confidence that created Microsoft during an era when he, Steve Jobs, and other over-caffinated, sugar-bingeing coders stole computing from the complacent mainframe guys and remade the future.

Gates knows a basic truth about people: the world loves and follows successful technologists. So although he enjoys watching Elon Musk play the role as today's savvyist tech-nerd, it's time to leap back to the future and bring Marty McFly's mythic hover board back to a needy world.

Don't even try to short-circuit his energy quest by suggesting that he back a political party or a "Team-Gates" vanity presidential candidate. Even newbies, the equivalent of dime slot machine players, know enough to keep away from making a sucker bet in politics. He'll leave that to the Midwestern, meat-and-pototoes billionaires, the "systems" players. 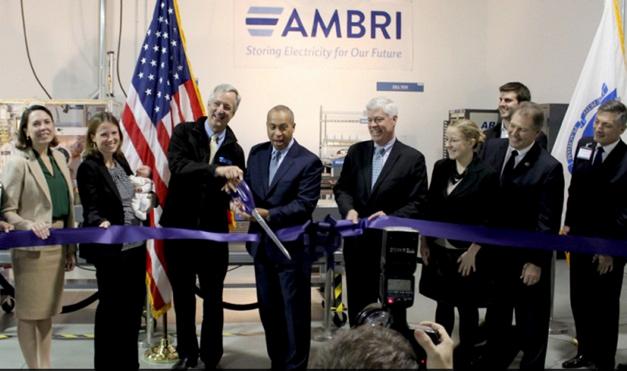 At the least, he wants to convince the US government to get over any lingering Solyndra-itis and move its austerity-shriveled tax dollars away from subsidizing steadily improving renewable energy and binge on basic research for breakthrough technologies. He believes deeply that there are countless new technologies to be discovered, incubated, and turned loose on the world.

Can the pop star synergy between Gates and the Pope create change?