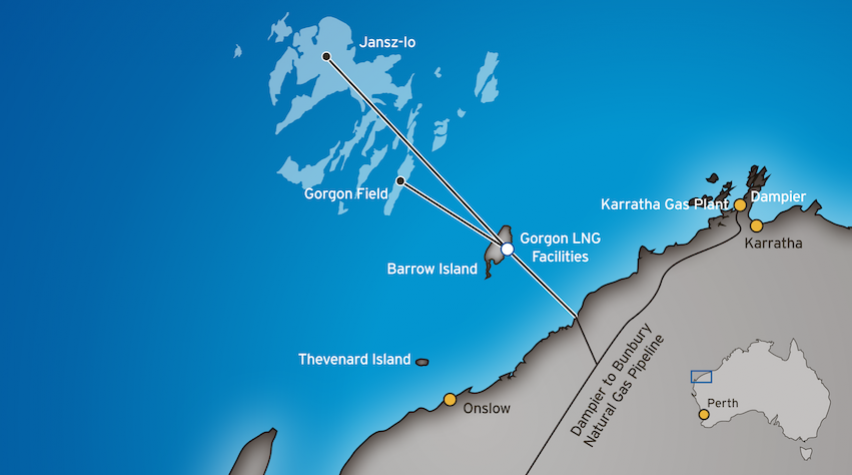 In the race to ship liquified natural gas to energy-hungry countries like Japan and China, Australia will easily surpass Qatar as the world’s largest LNG supplier before the end of the decade.

That’s because Chevron’s $52 billion Gorgon gas field, just a few months away from operation, is the first of several new Australian LNG mega-projects to come online. And not a moment too soon, since Gorgon blew through its original $37 billion budget long ago. Fortunately, once its exports reach 15 tons a year, that $15 billion river of red ink will quickly dry up.

Although Gorgon has many moving parts, with the offshore wells drilled, the subsea systems and pipelines laid; and the turbine generators, storage tanks and massive loading jetty ready for business, the adjoining $2billion carbon capture and sequestration facility (CCS) is the least proven and therefore the riskiest.

During the project’s early planning phase, Australian politicians wanted the raw gas pumped straight to the mainland because they didn’t want Gorgon’s liquifaction units to sit on Barrow island, a Class A nature reserve protecting 24 endangered species. Then Chevron offered a reason to keep the project offshore: CCS. Company engineers pointed out that Gorgon’s raw gas contained 14% CO2, and traditional processing – without CCS – would have meant venting it into the atmosphere. On Barrow it could be stored a mile and a half underground in a saline aquifer.

Through sheer scale this CCS project jumps off into the unknown. Sequestration projects have been built before, like Statoil’s Snohvit gas field offshore Norway, but Gorgon is three to four times bigger and expected to pump 3.4 million tons of CO2 underground each year for forty years. Ultimately, 140 million tons of CO2 will be stored in the aquifer. 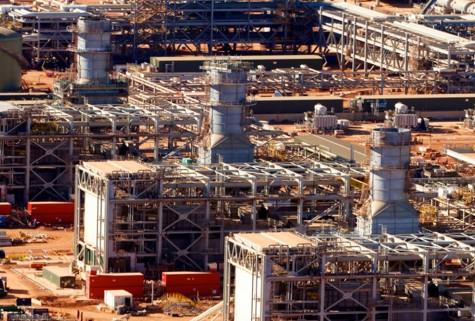 With so many tons of CO2 stashed underground, one disaster haunts Gorgon. On Aug. 21, 1986, a combination of carbon dioxide and water violently erupted from the floor of volcanic Lake Nyos in western Cameroon, Africa, smothering 1,700 people in a fatal cloud of carbon dioxide. Heavier than air, air-borne concentrations of CO2 are usually 0.004 percent, and anything above 5 percent can be deadly, Bloomberg reported.

Analyzing the Cameroon explosion, Geologists surmised that the CO2 came from a magma plume that had seeped up through underlying layers of rock and combined with water at the bottom the lake, the pressure building until the bubble finally popped, said Howard Herzog of MIT’s Energy Initiative.

Obviously, the operation at Barrow Island is completely different. Chevron spent $200 million engineering the plan that will compress the CO2 to supercriticality, until it flows like heavy olive oil. Then it will be pumped underneath a layer of impermeable rock, known as cap rock.

To avoid being blind-sided like the Cameroon disaster, Chevron drilled 28 wells equipped with seismic sensors to keep an eye on CO2 “migration” through the aquifer, hopefully calming any jitters about killer clouds. The aquifer will be closely watched so that the injection can be stopped if the internal pressure builds up too much.

Finally, seismic data will be compared several times during the productive life of the project to map the CO2 plume’s movement. Any differences between the baseline studies and subsequent views will help to chart the size of the CO2 plume over time.

Chevron’s sophisticated computer models predict that over 1,000 years the spreading CO2 will reach a 2-mile radius from the injection points, while also migrating 200 feet toward the surface, where it will butt up against five impermeable rock layers. Then, over eons, the liquid will chemically bind to rock. Herzog points out, “Putting CO2 into geological formations is very different” than keeping gas in volcanic structures. “We may get drips, but not the violent degassing we saw at Lake Nyos.”

Still Chevron can only say with scientific certainty that the odds of gas escaping and reaching Barrow’s surface are “unlikely.” It’s hard to be absolutely certain when the Gorgon site is near so many geologic fault lines. Since 1986, there have been eight small quakes with magnitudes greater than 3 within 60 miles of the island. A 1906 earthquake about 250 miles east had an estimated magnitude of 7.5. “We can’t really rule out earthquakes anywhere in Australia,” Nelson Lam, a University of Melbourne seismologist, told Bloomberg.

Since sequestered carbon dioxide must stay underground forever, few people know that Chevron’s Gorgon project was a no-go until the Australian government stepped in and assumed ultimate liability. 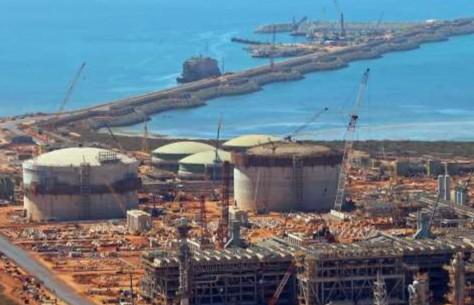 Due to the immense time-span involved, CCS is considered uninsurable. Some reinsurance companies will cover the project’s operating phase and up to 15 years beyond, but then they expect governments to cover the remaining liability over thousands of years.

As soon as Chevron injects the first Co2 underground, the liability clock will begin ticking. Fifteen years after Gorgon stops production, the company will breath a sigh of relief as it turns the sequestered CO2 over to the Australian government for perpetuity.