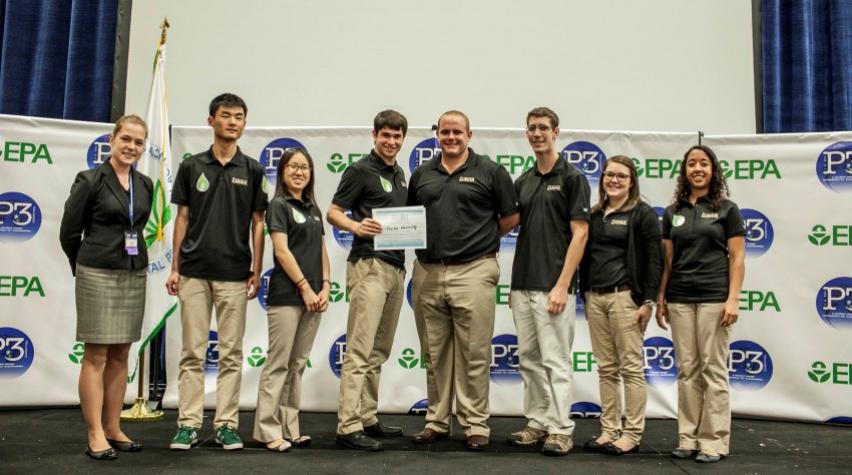 AIChE-IfS hosted a booth at the 10th Annual National Sustainable Design Expo on April 25-27, alongside other exhibitors and student teams competing for EPA's P3 "People, Prosperity and the Planet" award, worth up to $90,000. AIChE YCOSST judges bestowed this year's YCOSST P3 Award upon Purdue University's team for their Biowall design. The Expo was held at the Washington Convention Center in Washington, DC, collocated with the USA Science and Engineering Festival, and attracted curious crowds of all ages from around the country (and beyond!). 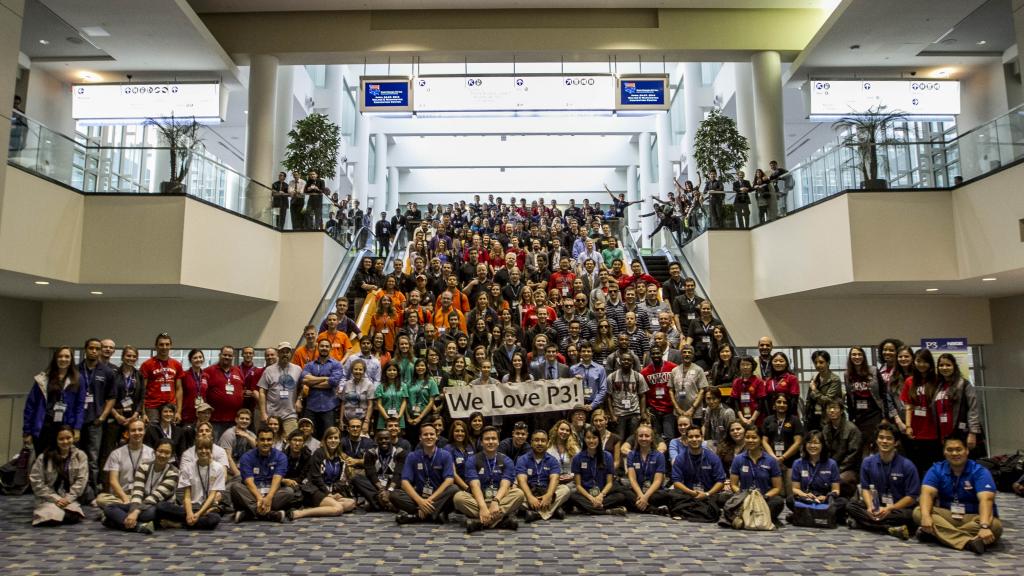 The 2014 EPA P3 teams gather at the Convention Center for a group shot.

An award of $1,000 is presented annually by AIChE-IfS to the competing P3 team whose project best employs sustainable practices, interdisciplinary collaborations, engineering principles, and youth involvement, and whose design is simple enough to have a sustainable impact without requiring significant technical expertise of its users. This year's judges were Lyn Beary, NIST (retired); Jeffrey Seay, University of Kentucky; and Lucy Alexander, AIChE IfS. Lucy presented the award to Purdue University's winning team at the awards ceremony on Sunday, April 27, 2014. The winners are invited to present their work at the 2014 AIChE Annual Meeting and create a webinar to be disseminated on AIChE's website. Purdue's team was also one of the EPA P3 award winners! Congratulations!

Purdue University: Biowall's impact on indoor air quality and energy The winning team from Purdue is comprised of students and faculty from a variety of departments ranging from economics to engineering. The team designed a Biowall that aims to maintain high levels of indoor air quality and reduce HVAC energy use by reducing outside air requirements for buildings, specifically energy-efficient buildings that seal off outside air leaks. This technology leverages the natural ability of plants to reduce CO2 and remove VOC's by integrating the living plant wall directly into the building's HVAC system. In phase II of the project, the team intends to deploy an improved Biowall in a demonstration home. (We want one in ours!) 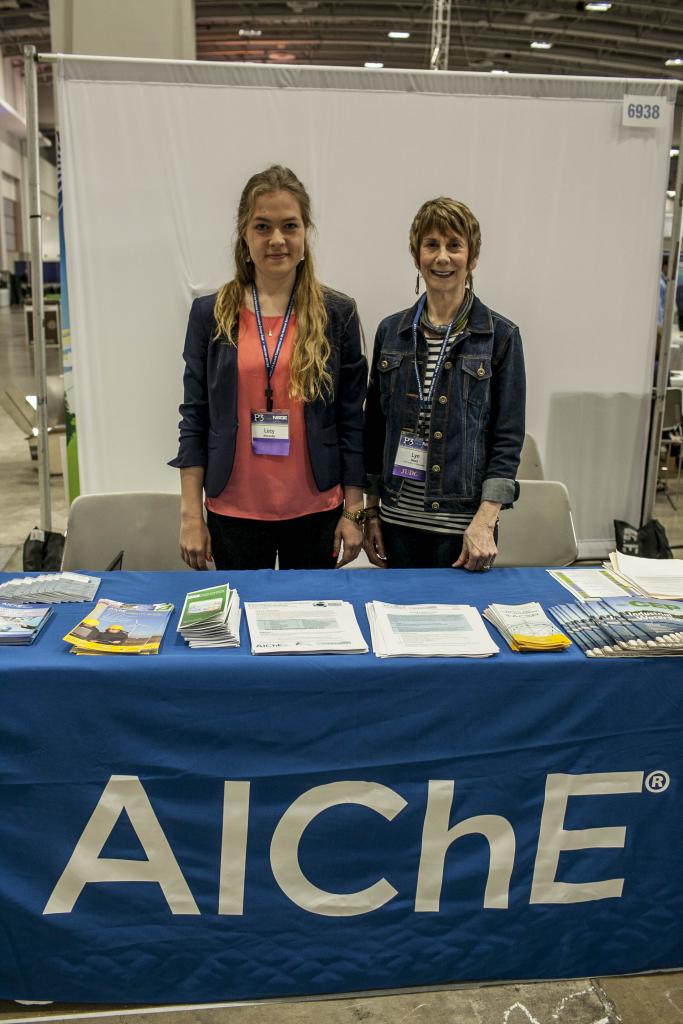 Who does not have time to attend training days, the program can follow online via live, interactive seminars that take place after working hours. In 45-minute sessions overflowing teachers the essence of the training days. In addition, participants from both the live seminars and <a href="http://www.hvac-learning.com" rel="nofollow">HVAC training</a> courses use a syllabus, technical brochures and instructional videos.