Can Israel Save California from Its Epic Drought? | AIChE
Skip to main content

Can Israel Save California from Its Epic Drought? 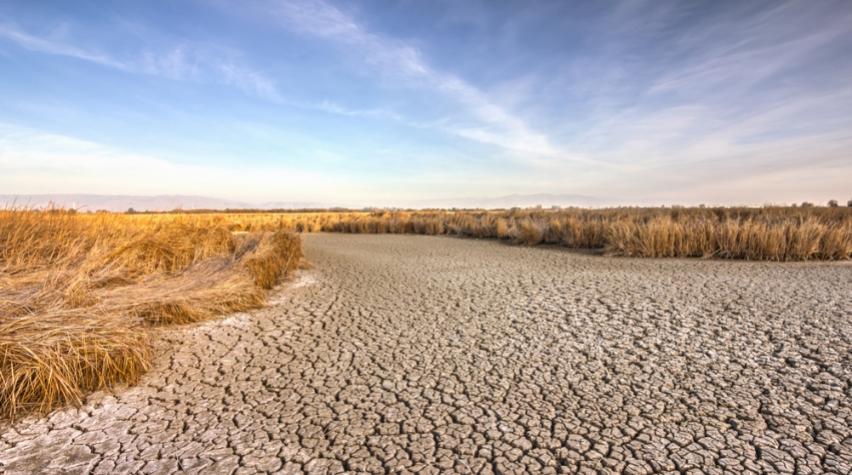 4/4   in the series Water Innovations

Starting in 2004, Israel lived through seven straight years of severe drought and water shortages. The Sea of Galilee, a major source of freshwater, fell dangerously low. The situation was so dire the government began running public service announcements with distraught celebrities begging viewers to stop wasting water. Quick cut to new crisis: small towns in California are beginning to run out of drinking water as a severe drought threatens to devastate that state. It's barely spring and wildfires are already burning up the dry hillsides around Los Angeles. Helpless farmers are beginning to idle as many as a half million acres of San Joaquin Valley farm and ranch land. In Sacramento, standing amid this statewide disaster, The Times of Israel reported that Israeli Prime Minister Benjamin Netanyahu and Governor Jerry Brown agreed to expedite the export of Israeli water technology to the US. "California doesn't need to have a water problem," Netanyahu told the press, speaking from personal experience. Israel's ongoing water crisis has made the drought-prone country a leader in the field of water-saving technology, with exports totaling $1.5 billion a year.

Israeli necessity, the mother of invention

Today the new reality in Israel is that even though the country is still enduring a long-term drought, it no longer has a water shortage. The Sea of Galilee is much higher. TV has stopped broadcasting panicky water PSA's, and a long-standing conservation campaign has been scrapped. This improbable transformation is the result of combining new seawater desalination plants, web-based leak detection software, waste water recycling, and modern drip irrigation into a synergistic, countrywide network.

Israel's water infrastructure starts with four coastal desalination plants, which meet 80 percent of the country's water needs. Using reverse-osmosis, seawater is sent through filtration membranes that remove salt and other impurities. Half of the seawater becomes drinking water, the other half, a salty brine, returns to the sea. There has also been a huge decrease in the cost of desalination, from $1 per cubic meter to 40 cents and even less in the newest desalination plants, according to Harretz. The savings will grow with the use of new offshore Israeli natural gas powering the plants instead of electricity. Near the town of Hadara, IDE Technologies, a home-grown Israeli company that owns and runs three of the facilities, hosts foreign visitors at a showcase plant touted as one of the most efficient in the world. The sales pitch - no need for a hard sell - has been very persuasive: IDE now owns 400 plants in 40 countries worldwide. The company's US subsidiary is even building a new desalination plant in San Diego County, California, which will be the largest in America. A BBC look at IDE:

Once potable, the desalinated water is then sent to the cities, where TaKaDu, an Israeli startup has lowered water grid leakage to less than 10 percent by using software that relies on statistical and mathematical algorithms to monitor and warn about leaks and pipe bursts. This compares to about 25 to 30 percent across most other city networks. A promo describes the process:

After the water is used in the cities, 75 percent of the waste water is recycled, four times higher than in any other country, according to Mekorot, Israel's national water company. Treatment facilities remove contaminants to a level set by the Health Ministry and the gray water is then sent to farmers, where more than 50 percent of it is used for irrigation.

Much of the Israel's irrigation is done using drip irrigation built by Netafim, the inventor and global leader. Globally, over 38,600 square miles are now watered by drip technologies. Drive through the San Joaquin Valley, America's drought-stricken breadbasket, and chances are you will see drip irrigation systems keeping many orchards and farms on life support. Simcha Blass, an Israeli water engineer, discovered the usefulness of drip irrigation, realizing that a slow drip led to remarkable plant growth. He tested it at Kibbutz Hatzerim, a small agricultural community located in Israel's Negev desert. In 1965, the kibbutz became Netafim's first production facility. An historical timeline:

Netafim's drip technologies slash water consumption by as much has half, while increasing yields. The firm now sells drip equipment in over 110 countries. The Indian unit of Netafim will soon build an automated water pipeline network to drip-irrigate 29,000 acres of land, the largest in India. The sophisticated technology will help 6,000 farmers at the end of the network get the same amount of water as those closer to the supply source.

Is water scarcity the next big global crisis?