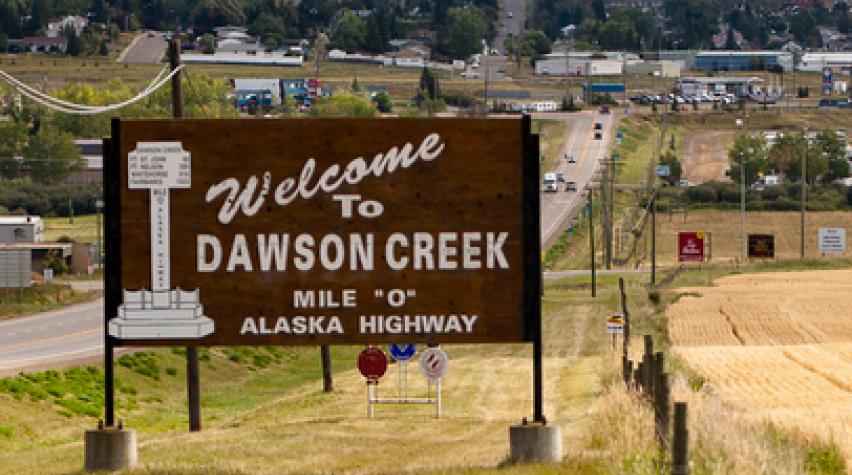 3/4   in the series Water Innovations
The water crisis in Dawson Creek, British Columbia, had been growing more and more severe for years. By 2010, an extended drought, aggravated by a growing population and fracking from the nearby natural gas industry, had nearly pushed the small city to its dry-bone limit. Unfortunately, over the next two years, the situation got even worse. By the summer of 2012, surrounded by brown lawns, Mike Bernier, the besieged Mayor of Dawson Creek, lamented, "We've gone three months without rain up here." Outside of his small town, which is located about 700 miles northeast of Vancouver, many creeks had dried up and rivers had dropped to their lowest levels in 20 years. So later that summer, the city finally told the natural gas industry, which had been drawing one million gallons a day from the local drinking water, they'd been cut off. Mayor Bernier explained the city's predicament, "Depending on the day, 20 to 25 percent of our pump station water is going for oil and gas." This had been a painful decision for the city, which normally made "millions of dollars" a year selling water to the industry for fracking.

A small price to pay for water security

Only one company, Shell Canada, managed to escape the drastic cutoff, by tapping into a different water source: city waste water. Shell's Groundbirch natural gas facility, one of the city's biggest water users, was located about 30 miles away and had five natural gas processing plants and over 250 wells. Competing with other regional gas drillers, Shell had felt an urgent need to find an alternative. 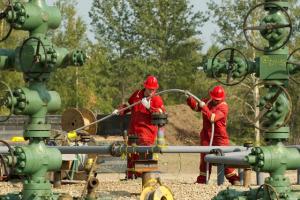 So the company and the city of Dawson Creek teamed up to build an effluent treatment facility that eliminated Shell's need to tap fresh water for fracking. As a small price to pay for water security, Shell invested $11 million in the project while the city provided $1.5 million. Mayor Mike Bernier said that Shell had offered to fund the treatment plant in return for a secure supply of water for a decade. Later in 2012, as the region reeled from the drought, Bernier dedicated the city's completed water treatment plant. Not only did the city of Dawson Creek save water every time a toilet flushed, but Shell Canada could continue to operate, while other gas projects were in jeopardy of shutting down.

Previously, Dawson Creek had been treating its effluent (waste water) to minimum environmental standards by releasing it into a local river. Now, with an increased capacity of 4,000 cubic yards a day (3,400 going to Shell) the city was using its allotment to do things such as wash roads and water sports fields, and now it could even sell it to other drillers. This valuable water is created by a combination of biological steps. After a multi-step lagoon filtration process, the water is sent to SAGR cells (the Submerged Attached Growth Reactor), where microorganisms in the water break down any remaining bacteria to bring water up to a standard acceptable for industrial use.

"It's a win-win for both parties. The plant allowed Shell water for their operation but also left some for the city to use or sell," said Russ Ford, executive vice-president of Shell's onshore oil and gas business. Shell even built a pipeline to move the water from the treatment plant 30 miles to the Groundbirch area, where it's stored in ponds and mixed with recycled production water. By piping the water instead of trucking it, Shell reduced traffic, noise and dust, while eliminating 2 million miles of truck trips a year. The following video explains the process and benefits:

Mayor Bernier explained, "Now, instead of being dumped back into that river, we have about 3,600 cubic yards of water a day going through this plant that can be used for fracking," adding, "and since it also brought the city's effluent up to grey-water standards, there isn't a project like this anywhere else in Canada."
"Through this partnership ... we're eliminating fresh water from our operations, and providing 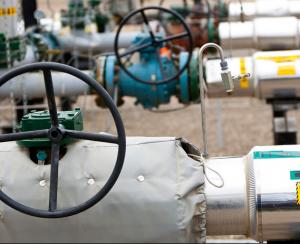 
Shell considers the world's water, energy, and food systems to be tightly linked: water is needed to extract energy; energy is needed to treat and transport water; and both water and energy are needed to grow food. Shell strives to conserve water in its operations through the development of new technologies and processes...

How quickly will the entire industry adopt this system?