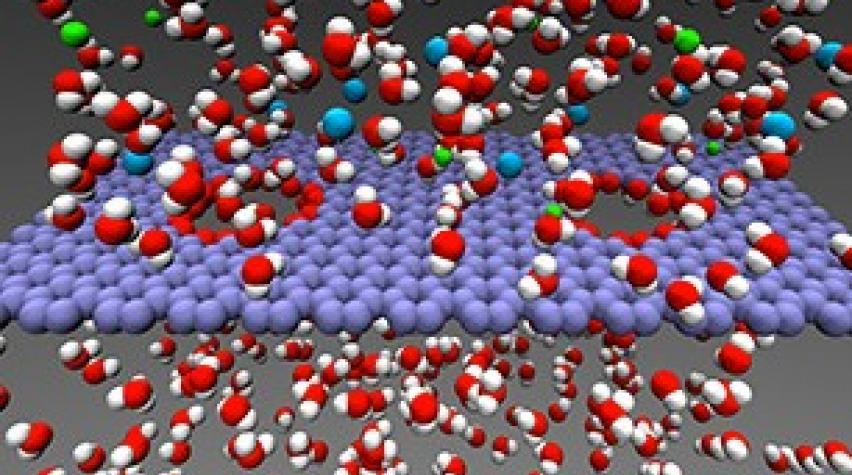 2/4   in the series Water Innovations 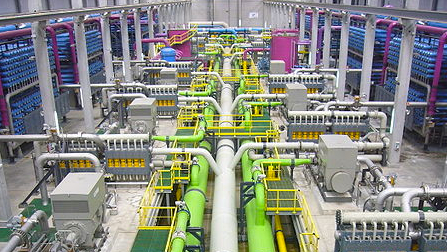 Alarmingly, clean drinking water is becoming a severe global security issue. Competition for water is leading to instability and state failure, with Syria the most recent example. Between now and 2040, as the availability of fresh water evaporates due to population growth, agriculture, industry and urbanization, more people will fight just to survive on the lowest rungs of society.

Among wealthier countries like Israel and Saudi Arabia, when fresh ground water isn't available, water is diverted from nearby oceans or rivers into desalination plants where the salt is removed through a relatively new process called reverse osmosis, which produces clean drinking water. Before the adoption of reverse osmosis, the main process of desalination had been "multistage flash distillation," which uses heat to evaporate water, leaving the salt behind. That accounted for 80% of all desalination installations until the 1990s. Currently, reverse osmosis is the most popular desalination technology, where water is pumped through membranes to purify it by trapping larger particles and letting the fresh, salt-free water through pores to the other side. Unfortunately, both methods are energy intensive, making them costly and preventing poorer countries from building the necessary desalination plants. But a new technology may have leap-frogged over problem. Reuters reports:

Engineers at US-based Lockheed Martin Corp say they have found a way to slash the amount of energy needed to remove salt from seawater, potentially making it much cheaper to produce clean water, and possibly eliminating water scarcity as a global issue.

The process, which uses thin graphene sheets, would enable filter manufacturers to produce thin membranes with holes about a nanometer in size that are large enough to allow water to pass through but small enough to block the molecules of salt in seawater.

Because the graphene sheets are so thin - just one atom in thickness - it takes much less energy to push the seawater through the filter to separate the salt from the water. This could spare underdeveloped countries from having to build expensive reverse osmosis pumping stations. 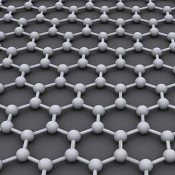 "It's 500 times thinner than the best filter on the market today and a thousand times stronger,"John Stetson, the engineer who has been working on the idea, told Reuters. "The energy that's required and the pressure that's required to filter salt is approximately 100 times less." Stetson, who began working on the issue in 2007, said if the new filter material, known as Perforene, (press release) was compared to the thickness of a piece of paper, the nearest comparable filter for extracting salt from seawater would be the thickness of three reams of paper - more than half a foot thick. "It looks like chicken wire under a microscope, if you could get an electron microscope picture of it," he said. "It's all little carbon atoms tied together in a diaphanous, smooth film that's beautiful and continuous. But it's one atom thick and it's a thousand time stronger than steel." So once Perforene is installed, the energy used to force water through today's best membranes is gone. Stetson says,"It just literally pops right through because the membrane is thinner than the atoms it's filtering." Lockheed expects to have a prototype by the end of the year that could be used as a drop-in replacement for filters now used in reverse osmosis plants.

Is this really a potential "game changer?"

1/100th is exactly what &quot;100 times less&quot; means. If you&#039;re going to be pedantic you should at least be correct. -99 times could only result from a subtraction process or multiplying by a negative number; &quot;times&quot; is not subtraction, and 100 is not a negative number. Division and multiplication are not fundamentally different things, they are inverse operations of each other. Dividing something by 100 is the same as multiplying it by (1/100).

At present not only the energy cost, but the cost of the chemicals to keep membrane getting fouled/scaled and the cost of replacement of membranes are making it is not financially viable solution for counties and industries where there is less qualitative other alternatives not to just highlight poorer countries. I am hoping Perforene will make difference through increasing membrane usable life as well as in reducing CIP chemical usage, which will not only make access to drinking water possible for poorer countries,but benefits all private and public sector water projects more affordable.

I can&#039;t wait to see which country is the first to adopt this technology (voting for Saudi Arabia or Israel). If it performs as advertised, we&#039;ll see a huge transformation as a seemingly intractable problem is eliminated.