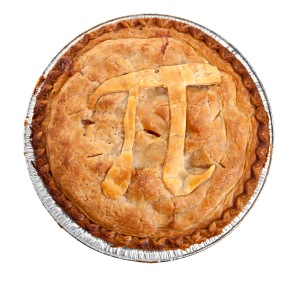 As I said in the March issue of CEP, I have a lot of fun with number patterns, especially dates. Veterans Day last year was particularly notable, falling on 11/11/11. My last birthday was eleven twenty twenty-eleven (11/20/2011), and my brothers' birthday the year before was 12/11/10.

So it might seem unlikely that I would get excited about an irrational number that contains no patterns. Today, mathematicians and number-lovers celebrate Pi Day -- because the date can be written as 3.14; extreme enthusiasts take pi to five decimal places and mark Pi Minute at 1:59 (3.14159).

Pi Day was created in 1988, and is the brain child of Larry Shaw, a physicist at the San Francisco Exploratorium. The Exploratorium has a slate of activities planned, including a Pi Procession, in which each participant carries a digit of pi while chanting the Pi Day song and then circling the Pi Shrine 3.14 times. And, of course, there will be pie eating. If you can't be there in person, you can watch the Exploratorium's webcast on www.exploratorium.edu/tv starting at 1 pm (Pacific time).

There's a Pi Day Challenge, a series of logic-based puzzles, here. I got stuck on Puzzle 3 and gave up (for now). Hints, anyone?

Here at AIChE, our Pi Day Challenge involves not puzzles, but -- what else? -- pies. The CEP editors challenged our colleagues to bake pies, and we will serve as judges. After we taste all the pies, at 1:59 pm we'll crown a winner. We also invited our coworkers to write a poem about pi and read it during the award ceremony.

How are you celebrating Pi Day? Send us your stories and photos here.

UPDATE: Check out the winning entires in the AIChE Pi Day Pie Bake-Off.

How are you celebrating Pi Day?

I brought in pies to work, but very few people knew what I was talking about. It was sad, and delicious.

You&#039;re welcome to come to our celebration next year.

I sent happy pi day messages to 10 friends. 2 wrote back &quot;huh?&quot; 1 wrote back said good one! 10% celebration rate?! I am flying up to join the AIChE staff for Pi Day next year. Cindy - do you need a guest judge for PI competition? 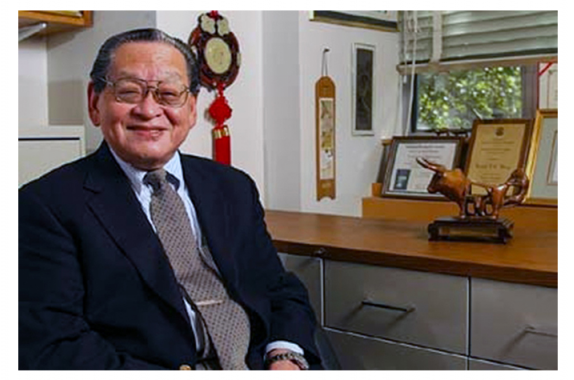