In the spirit of the new school year, I thought I'd educate some young professionals and students about how AIChE works. The hope is that you'll discover which areas of AIChE seem most interesting to you, either personally or professionally.

I've been around a bit as a volunteer of AIChE and I can tell you from experience that it can be very intimidating, just due to its immense scope and size. The institute covers all sorts of industries as well as all sorts of different internal activities.

However once one figures out the structure and how the different parts interact (and sometimes don't interact) with each other, I've found it very easy to navigate.

So let's get to it shall we?

The Boards and President

The institute is essentially run by AIChE's board of directors and by its president. Well, to be honest, the AIChE president doesn't have much authority since the president's term is usually only one year. Typically, the AIChE president will try to enact programs or plans to help improve the institute as a whole, whether that be in the areas of increasing membership or having AIChE focus on technical initiatives like the Energy Initiative enacted by Dale Keairns.

It's the board of directors who really runs the show for AIChE. They are a 12-member group that decides how the institute's funds are spent and approves which programs run by which committees.

You will find that most of the people who are a part of these boards are high-level and well-connected engineers. This is where you'll find company presidents or well-known researchers or professors who may have written college textbooks at one time or another. This is a good group to get in with but, with the exception of the board of trustees, you must be elected to these positions.

Though the board of directors has the ultimate authority over the programs run by the committees, it does not govern over every detail that makes up AIChE. Considering there are 100+ local sections, 110+ student chapters, approximately 20 divisions, and 30 committees that deal with all sorts of matters, the board would have a tough time trying to keep track of everything. Those groups are the responsibility of three operating councils.

Each operating council oversees one specific area of the institute and they are responsible for the budget and programs run by the groups they oversee. Those operating councils, in turn, communicate with the board of directors on budgetary needs and progress on certain initiatives laid out by the board.

The Career and Education Operating Council probably has the greatest influence over what happens to you and me as members of AIChE. All of the local sections and student chapters are

under the charge of this operating council, which means it represents most, if not all, members of AIChE.

In addition there are other committees that are under CEOC.

You could almost consider CEOC and its committees like an everyday engineer group. Lots of the volunteers involved come from all walks of life and all areas of industry. The level of responsibility is much lighter than the boards and there isn't an official voting or nominating process, although CEOC and a few of the committees do have a few procedures in place for that. Obviously, there's a lot going on in this operating council and there is sure to be something that would be of interest to any member wanting to make a difference. This operating council is also good for young members who want to start out as an AIChE volunteer.

This operating council is the meat and potatoes of the Institute. CTOC oversees the areas of research and new technologies associated with chemical engineering. In addition, they are responsible for all programming for the national meetings as well as for CEP. All technical divisions report to this operating council and it's those divisions who are counted on to provide content for the national meetings. This is where AIChE derives its technical relevance.

Here are some of the committees that make up CTOC.

If you want to meet the people who are the foremost experts on anything pertaining to chemical engineering this is where you'll find them. These experts comprise a diverse range of experience in all sorts of industries and areas of academia. Many of them may have contributed or written your college textbooks. Fortunately, these experts can be found according to which division has the most relevance in their field.

The Chemical Engineering Technology Operating Council is also a good starting point for young engineers, however it can be tougher to navigate than CEOC. It is much more focused on providing content to national meetings and this may seem daunting if you're unsure of the value of your content. The good news is that the divisions have recognized this and have actively tried to make their groups more welcoming to younger members.

Here is the list of committees that SIOC governs:

If there's a cause you want to champion or you have a strong desire to do some good in the world with your chemical engineering knowledge (or connections), this is the group to work with. SIOC is filled with passionate people who want to make a difference in the world and their intentions are quite noble. It is also filled with people who have government connections and engineers from the international community. This group is very invigorating and has attracted the attention of some young professionals in AIChE.

I sure hope you've enjoyed this mini-tour of AIChE. Like I said it's a big organization but don't let that intimidate you. Its size allows for people with a great variety of backgrounds and interest to find their place and pursue their desires within the realm of chemical engineering. If any of you want to make a difference in our profession, AIChE is the perfect place to do it.

By the way, if I left out certain groups or committees from my article, feel free to chime in and let us know about them and what they do for the institute.

Finally, for those students reading this, I will be giving a talk at the Student National Conference in Salt Lake City about volunteering for AIChE. Please feel free to drop by and check it out.

Brian, this is a really thorough profile of AIChE as an organization. I think this will be really useful for all of our new members to see. Spread the word and share!

Brian, I had no idea how AIChE was structured! Thanks for sharing!

Good blog! Timely for the SLC conference (sorry I have been a bit behind on reading all the fabulous posts).

No problem May. Thanks for chiming in! 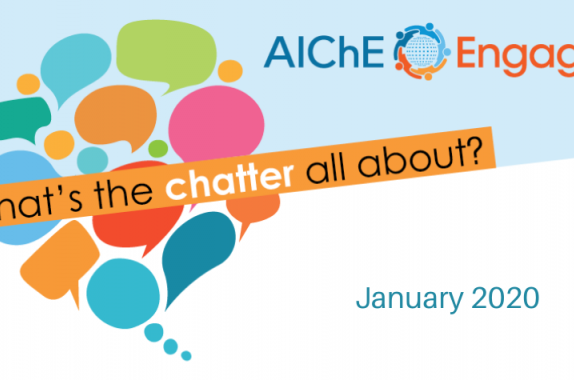 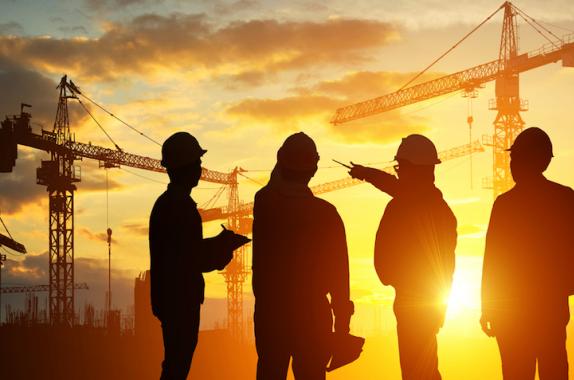