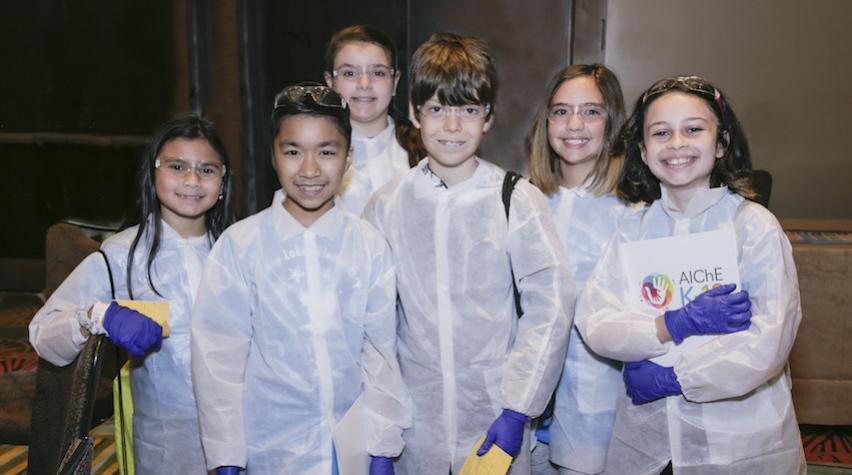 Over the past year, volunteers have been working to reestablish AIChE’s K-12 Committee. The committee will support all current outreach being conducted by AIChE members, student chapters, local sections, and committees, as well as build bridges to other communities to inspire further outreach efforts.

The first major initiative of the committee was the inaugural K-12 STEM (Science, Technology, Engineering, Math) Outreach Competition, which was held during the 2019 Annual Meeting in Orlando, FL. Local grade school students had the opportunity to interact with tabletop demonstrations created by AIChE members, focusing on topics ranging from fluorescent polymers to water remediation to power generation. Over 25 proposed module submissions were narrowed down to 16 finalists, consisting of student chapter teams and teams of member professionals.

Volunteer judges reviewed the modules for originality, technical content, safety, and accessibility for classroom use.

The K-12 STEM Outreach Competition was part of the AIChE K-12 STEM Showcase. The showcase featured a keynote address for K–12 students delivered by Cristina Thomas of 3M on the topic of STEM and chemical engineering. Onstage demos performed by the 3M Visiting Wizards followed. Students then interacted with the competition modules, before sharing lunch and discussion time with AIChE members. They also attended the undergraduate Chem-E-Car Competition.

The competition and showcase not only motivated the K-12 Committee volunteers in their work to expand AIChE’s outreach activities, but they also inspired other chemical engineers at the Annual Meeting and Student Conference to join those efforts. Just as important, the event built the foundation for new activities and resources that will help AIChE members, as well as K–12 educators, parents, and guardians, to explain concepts in chemical engineering and other STEM fields to young students. These resources will include a new STEM Outreach Database, which upon its launch will house the winning demonstration modules from the outreach competition.

Learn about the K–12 community at www.aiche.org/k12.

This article originally appeared in the Insitute News column in the December 2019 issue of CEP. Members have access online to complete issues, including a vast, searchable archive of back-issues found at aiche.org/cep. 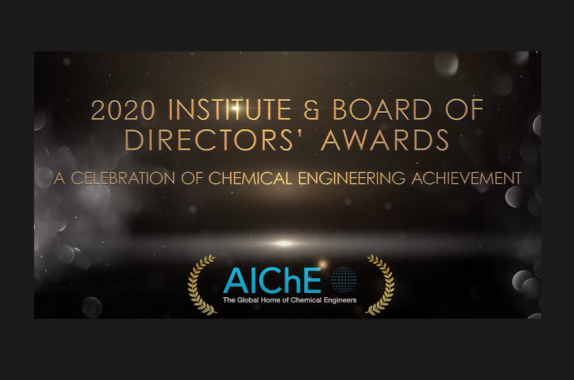 Didn't catch the ceremony during the Annual Meeting? Watch it here, and hear from the recipients of each of these prestigious awards.