Shining a Light into the Unknown | AIChE
Skip to main content

Shining a Light into the Unknown 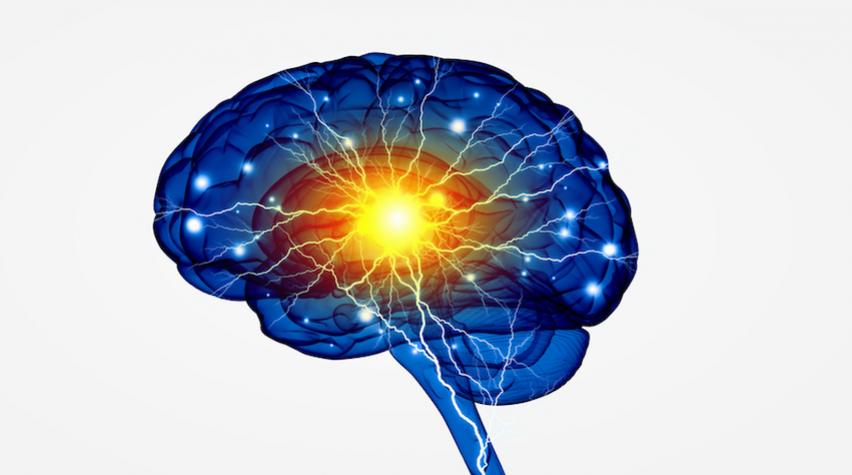 The neural circuits that dictate natural behavior are still largely a mystery to neuroscientists, as they have been unable, until recently, to manipulate — and thus study — living neurons. The traditional method of neuronal manipulation uses electrodes to electrically stimulate certain regions of the brain without disrupting their function. However, this method lacks cell specificity, so it cannot stimulate a single cell without affecting the nearby cells as well. This is where optogenetics comes in.

Optogenetics is an emerging technology that allows scientists to use light to control living cells, such as neurons. The technique requires that the cells express light-sensitive transmembrane proteins called opsins. When light of the correct frequency hits these cells, they are activated, inhibited, or exhibit a modified signaling pathway, depending on the opsin being expressed. Optogenetics could pave the way for potent and targeted control over neuronal function.

There are two major classes of naturally occurring opsins: microbial opsins (Type I) and vertebrate opsins (Type II). Type I opsins are membrane-bound proteins that function as a pump or a channel; they are usually involved in the control of intracellular ionic concentrations and movement of the flagella. Type II opsins are G-protein-coupled receptors that initiate a signaling cascade when activated to produce a slower change in neuronal activity; they are often involved in vision or regulation of the circadian rhythms. Due to their faster response time and simplicity, Type I opsins are the primary type used in optogenetics. Retinal, a form of vitamin A, binds to the opsin, forming a retinal-opsin complex. The retinal isomerizes when hit with light, causing a conformational change in the opsin and opening a channel or activating a pump. These conformational changes in turn modulate the membrane potential that either activates or inhibits neuronal activity.

While some cells naturally contain opsins, most do not. To optogenetically modify a cell that does not contain opsins, a researcher must genetically engineer the cell to express the opsin gene. The most popular way to deliver the gene is to engineer a virus containing an opsin gene that is driven by a promoter. The virus injects its viral load into the cell or neuron of interest. The length of genetic material (i.e., payload) that the virus can carry limits the size of the promoter, and thus, the specificity of the target.

Another method involves the use of transgenic animals — animals that have been artificially introduced to the genetic material of an unrelated organism. Using animals allows for hereditary, larger promoter fragments in each cell that can be passed down. The larger promoter improves specificity when targeting cells. The nematode worm was the first multicellular animal to have its genome fully sequenced and it is a popular choice in optogenetics experiments. Researchers have also used zebrafish and fruitflies successfully. However, due to their mammalian physiology and nervous system, mice are typically preferred, as results of mouse research are more translatable to humans.

Opsin-expressing neurons can be activated by various light sources, including lasers or light-emitting diodes (LEDs). Laser wavelengths within narrow bandwidths can be efficiently coupled to optical fibers, which are small and cause minimal tissue damage when delivering light to specific locations, typically deep within the brain. LEDs have a lower cost and wide color range; however, they do not couple efficiently with optical fibers at some wavelengths. Scientists are studying the viability of nanomaterials that absorb near-infrared laser light and emit blue or green light as a less-invasive replacement for optical fibers.

Optogenetics has already been used to help us understand the roles of the neural circuits underlying many dysfunctional behaviors, such as mood disorders, addiction, and Parkinson’s disease, among others. Engineers and scientists in the field are working to make optogenetics more specific, less invasive, and more robust, so that it may someday help us understand, and possibly even treat, neural diseases.

While optogenetics allows scientists an unprecedented level of precision in studying neural circuits, some hurdles include: nonhomogeneous expression of opsin throughout the target neuron population, stimulation of neurons beyond normal physiological range, synchronized activity within the target neurons (as opposed to normal neuronal firing patterns), and the ability to target more-specific neuron populations.

Join us at the Optogenetics Technologies and Applications conference in Boston, MA, on Dec. 8–10 to learn more about this fascinating field. Find more information at www.aiche.org/opto.

This article originally appeared in the Technical Entity Trends column in the September 2019 issue of CEP. Members have access online to complete issues, including a vast, searchable archive of back-issues found at aiche.org/cep.

We're looking for process engineers across all industries to join a community dedicated to them. Sign up now to have online discussions or share your profile.