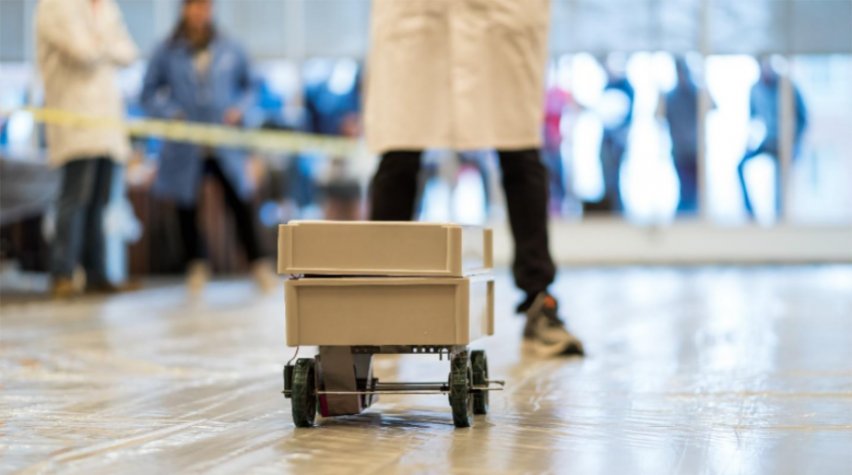 Have you ever heard of peas that’ll stop you in your tracks? The University of New Hampshire’s Chem-E-Car® team, Easy Peasy, uses a stopping mechanism that does just that!

With Boston’s biotechnology scene nearby, Easy Peasy drew inspiration to create a Chem-E-Car that incorporated both chemical and biological engineering. The result was a thermal-powered car with a biological stopping mechanism. Here’s how it works.

Calcium chloride dissolves in water and produces heat. This heat is transferred to aluminum cells through conduction. The temperature difference between these cells and a reservoir creates the current that powers the motor. 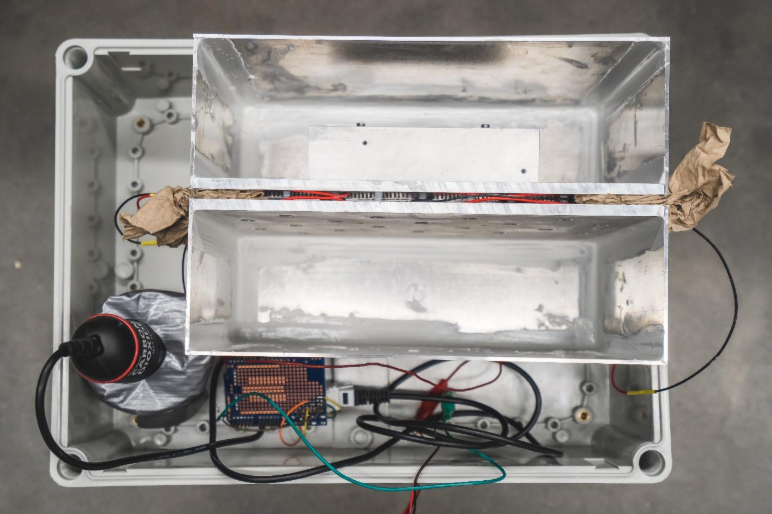 While the calcium chloride reaction drives the car, it’s the stopping mechanism that steals the show. Easy Peasy grows peas in a closed container a few days prior to the competition so that they germinate by competition time. Then, it’s on the peas to do the heavy lifting. They work tirelessly to convert sugars into carbon dioxide through the Krebs Cycle. The carbon dioxide they produce is key to the Chem-E-Car stopping. A sensor measures the carbon dioxide concentration. This signal is sent to an Arduino circuit, which shuts off the connection between the power and motor, stopping the car. 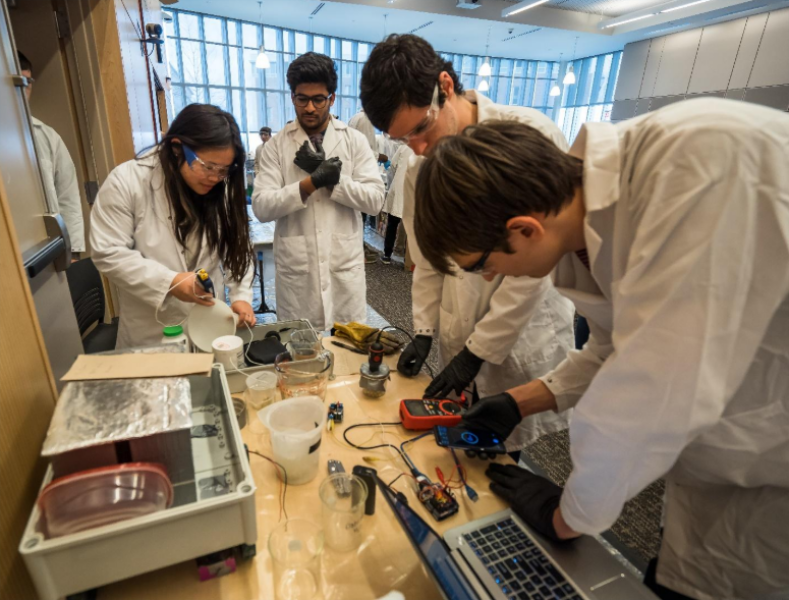 This version of the car wasn’t the only one that incorporated biology. In the previous year, the car was run by an aluminum-air battery. It epoxied activated carbon to stainless steel mesh. This was layered with aluminum, a paper towel separator soaked in saturated saltwater, and copper current collectors. The car stopped by a photosensor measuring the bubbles of a yeast and hydrogen peroxide catalytic reaction. When it reached a certain permittivity, the motor was disengaged, and the car stopped. And it wouldn’t be a University of New Hampshire Chem-E-Car without a clever name — Yeasty Boys!

Two peas in a pod 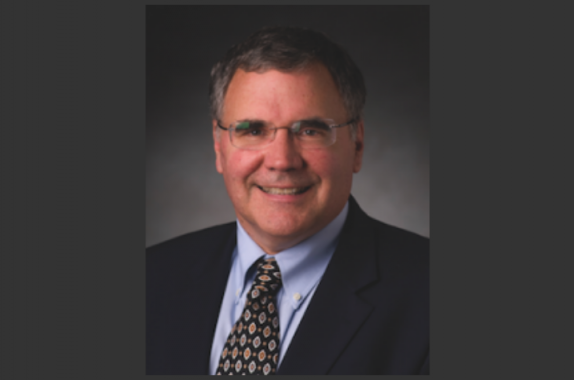 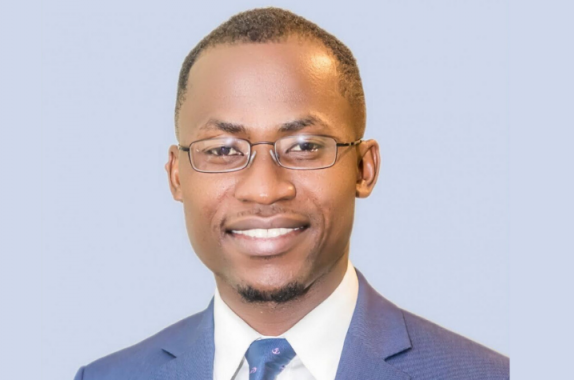 Meet one of the chemical engineering interns who recently participated in the RAPID Intern Program.