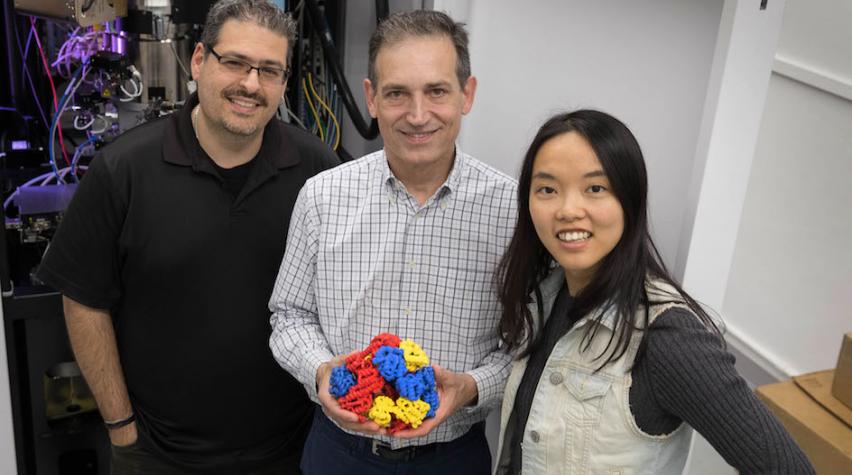 Biochemists at the University of California, Los Angeles, announced that they have harnessed cryo-electron microscopy to see near-atomic detail in much smaller proteins than ever before. This now means that the technique can be used to see the smaller proteins inside cells that can cause diseases when they become defective.

Cryo-electron microscopy earned its developers the 2017 Nobel Prize in chemistry. UCLA researchers expect that the technique will now become broadly used to understand many proteins, thanks to their work.

Because many diseases result from a mutation or defect in a protein, seeing the actual defect should help researchers better understand causes and find treatments.

To learn more about this work, see the researchers’ published findings in Proceedings of the National Academy of Sciences.