Your Experiences Leave a Mark | AIChE
Skip to main content

Your Experiences Leave a Mark 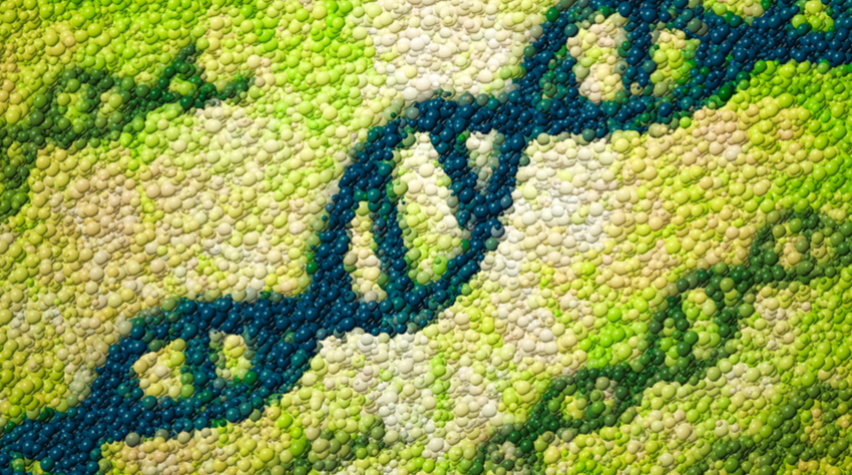 Epigenetics — the study of how our actions and experiences mark or modify our DNA — can explain some unusual genetic findings. Is it possible, for example, that a famine that occurred decades before you were born could affect your DNA? A study by Lars Olov Bygren of the Karolinska Institute in Sweden showed that it could.

Bygren’s research focused on the genetically isolated village of Överkalix, Sweden. Residents of the remote town were subjected to periods of feast or famine over long winters, which depended on the quality of the harvest each year. Men whose grandfathers had experienced a feast season during prepuberty (during which sperm cells mature) died on average six years earlier than men whose grandfathers had experienced a famine season during prepuberty. In addition, the feast-season men’s deaths were often related to diabetes.

The DNA modifications considered by epigenetic researchers are related to external factors that affect gene expression without altering the DNA sequence. These modifications are then passed down to subsequent generations. External variables, such as famine or pollutants, can function as an on/off switch that determines whether a gene in a sequence is suppressed or expressed. Identifying the mechanisms by which these genes are suppressed or expressed has become a hot topic within the research community because of its potentially significant impacts, such as controlling genes associated with cancer and Alzheimer’s disease.

To understand the mechanisms behind epigenetics, you have to first understand the genome and epigenome. The genome is the complete sequence of genes that make an organism unique. Genes are made of DNA, which contains the specific genetic information. A cell’s lifecycle — from its inception, to its functions, to its eventual apoptosis (i.e., programmed cell death) — is dictated by the DNA.

Each cell of an organism contains the same genome within its nucleus. Cells differentiate into various cell types when different genes within the genome are expressed. The epigenome is the collection of chemical compounds that determine which genes in a cell’s genome are eventually expressed or suppressed. 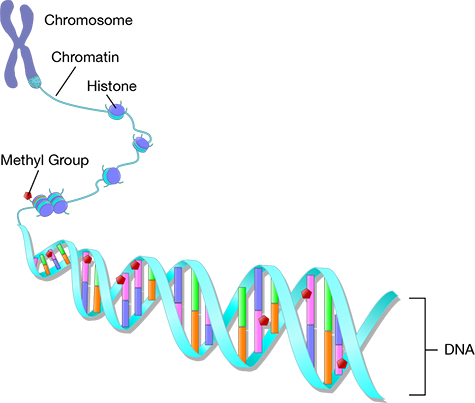 The mechanisms of the epigenome are still being investigated, but some major studies have focused on DNA methylation, chromatin remodeling, and histone modification. DNA methylation is the process by which a methyl group is added to a DNA strand to alter or inhibit gene expression. Chromatin is the combination of DNA, histones, and RNA within the nucleus; chromatin remodeling is a mechanism by which the chromatin structure and DNA transcription factors are reconfigured from their compacted state to a less-dense state that can be more easily accessed and altered. One way the chromatin structure is remodeled is through histone modification. Histones are proteins that DNA strands wrap around to create structural units called nucleosomes. By modifying the histones through post-translational modification, the DNA structure can be rearranged to change gene expression.

Epigenetics has a wide range of applications and potential uses that could have large impacts on the pharmaceutical and healthcare industries. The potential to combat diseases is immense, but obstacles to fully understanding the mechanisms associated with the epigenome and the traits linked to gene expression remain. Efforts to translate this knowledge into products and processes that benefit society have rapidly followed the advances in fundamental understanding of molecular biology. These products and processes include new medical diagnostics, new ways to treat disease, and enhanced methods of producing therapeutic compounds, proteins, and other lucrative chemical products.

Some epigenetic events could be exploited, for example, in the prevention and treatment of various diseases related to gene expression by regulating up or down the expression of the affected gene. Because epigenetic changes involve inherently reversible events, modifications can be forced to proceed forward or backward. Modifications could even be removed entirely, returning the DNA to its original state. This advancement could produce epigenetic drugs that simultaneously prevent the formation of cancer progenitor cells and kill drug-resistant cancer cells. As research in epigenetics continues to expand, it may become possible to address the epigenetic events underlying diseases and eventually prevent conditions such as cancer and cardiovascular, neurological, and metabolic disorders.

This new knowledge of epigenetics in combination with bioengineering has produced important research discoveries. The Society for Biological Engineering (SBE) held the first International Conference on Epigenetics and Bioengineering in December 2017 in Miami, FL, to highlight these advancements. For more information on epigenetics, visit www.aiche.org/epigenetic, and don’t miss the second SBE conference on epigenetics to be held later in 2018.

This article originally appeared in the "Technical Entity Trends" column in the Feburary 2018 issue of CEP magazine. Members have access online to complete issues, including a vast archive of back-issues found at aiche.org/cep.
Log in to post comments