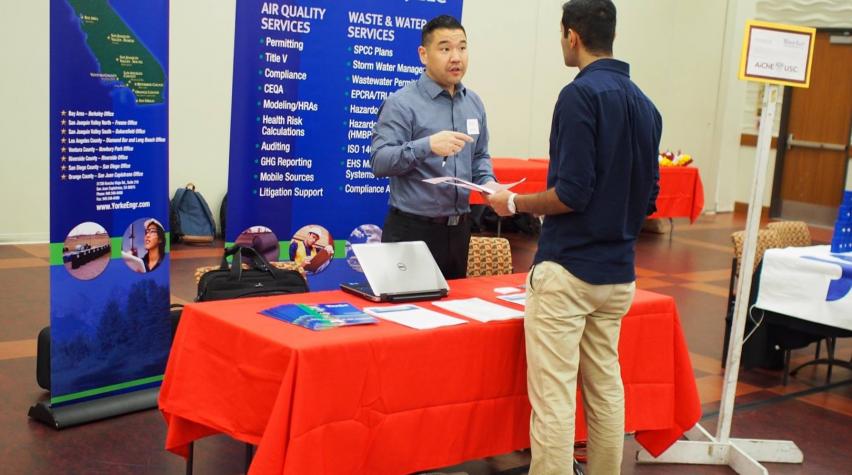 On October 12th 2016, the University of Southern California (USC) chapter of the American Institute of Chemical Engineers (AIChE) hosted its first ever Chemical Engineering specific Career Fair. This fair saw the participation of 9 companies, including Genentech and Chevron, and was attended by over 200 Chemical engineering students at USC. This event was organized as the flagship professional event of the year and involved months of planning starting over the summer of 2016. Following the immense success of the first event, the USC AIChE chapter decided to make this event an annual event which resulted in the second Chemical Engineering Career Fair on October 16th, 2017.

The motivation behind hosting this career fair came from the lack of chemical engineering companies that were recruiting at the school-wide career fair. Due to this, the highly motivated and enthusiastic AIChE at USC Executive Board undertook the massive task of organizing their first large-scale event. Starting around June 2016, months of cold calling and emailing led to the final set of nine companies that agreed to attend the career, which included Genentech, Chevron, Renolit, Yorke Engineering, PSC Biotech, Jacobs, Astrix, AQMD and the CIA. The second career fair saw some more companies including Nalco Champion, Hewlett-Packard (HP) and Nantworks. This list provided a wide array of fields in which chemical engineers are employed and are successful. In addition to contacting companies, fundraising was also undertaken by the Executive Board and a total budget of $4,500 covered the entire event, including venue deposits, hospitality for recruiters and miscellaneous supplies. This budget was covered through the organization account, organization sponsorship as well as deposits by the attending companies. 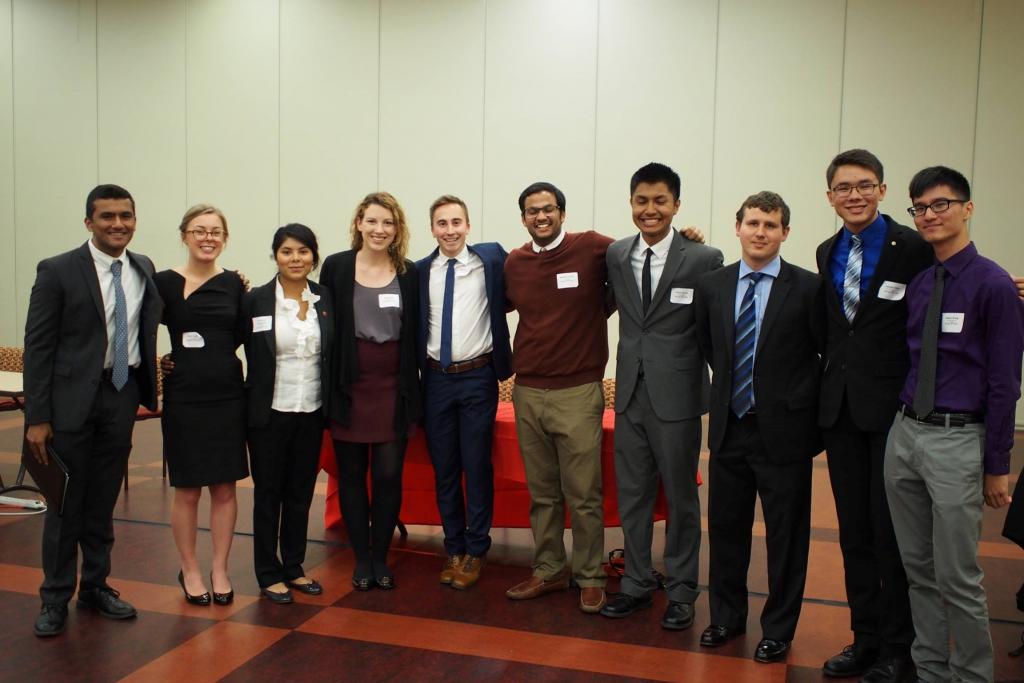 Above, the AIChE at USC Executive Board at the career fair.

Feedback was extremely important for our first event, with planning and execution being heavily influenced by the feedback we received from students and recruiters. From the feedback of students who attended, almost 45% of students thought the event was excellent and 40% of them thought that the event was good. Over 60% of the students found that they had enough time to talk to companies, which is considered as a big problem in larger career fairs. Through feedback from the companies who attended, we found that seven of them shared their interest in attending another such career fair. Overall this event was a huge success and resulted in several opportunities for students to interview with the attending companies.

For AIChE at USC, this event was a huge learning experience. All members of the Executive Board and other volunteers learned by leaps and bounds from this event, including valuable skills such as cold calling and emailing, fundraising, event management as well as hospitality in general. The Annual Chemical Engineering Career Fair held by AIChE at USC has become an event that everyone in the department really looks forward to and the event has also propelled AIChE at USC to being one of the best student organizations on the USC campus for professional development. This event showed that our chapter can manage large events and this gave us and the department immense confidence, which resulted in our successful bid to host the 2019 AIChE Western Regional Conference.

This is SPECTACULAR! WONDERFUL KICK BUTT JOB!!! I can not applaud how much of an endeavor you guys took on. I've heard the same saga everywhere in all schools being skewed away from Chemical at the career fairs, but you guys took the initiative to DO something about it. I hope this will perhaps be a great case study success for CEOC and other committees for students taking the leadership to cold call companies. I've seen time and time again, when students cold call executives, they WILL spend 15-30 minutes to jump on a call, respond to emails and give back to students. 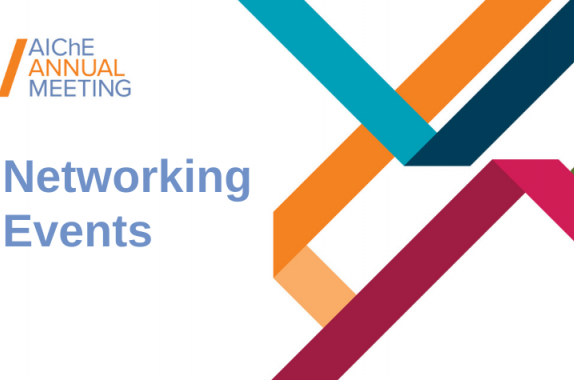 For chemical engineering professionals and students, there are many opportunities to mingle and make new contacts at this year's Annual Meeting and ASC. 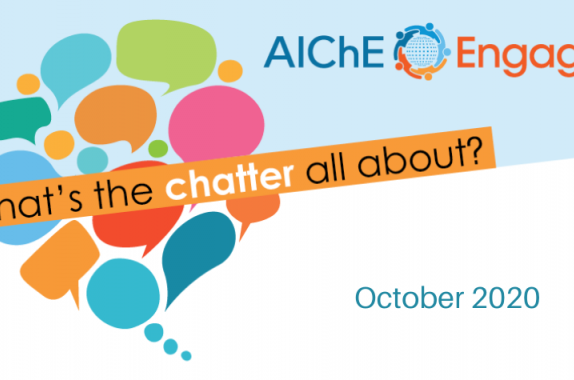