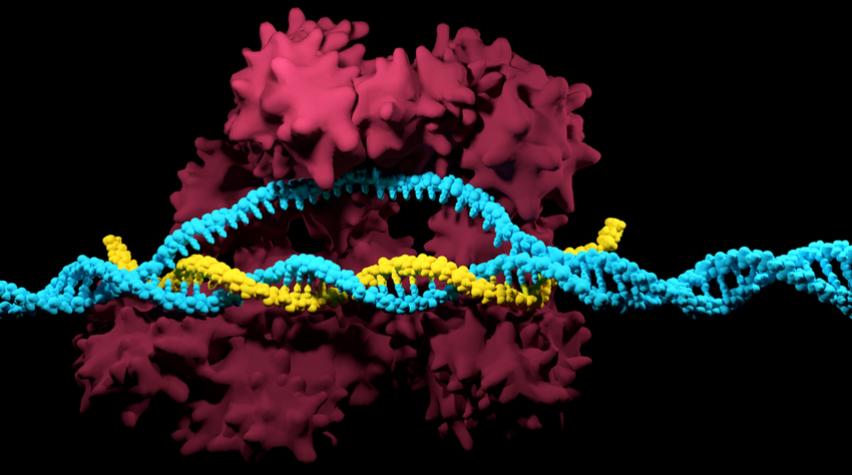 Researchers at MIT have devised a novel method for delivering the CRISPR genome-editing system using nanoparticles instead of a virus. The new technique has been successfully used to modify genes in mice.

Why the search for non-virus delivery?

One reason for the search for a non-virus alternative is that patients develop antibodies to  viruses, which would cause the body to block treatments using the same virus more than once. Likewise, some patients may already have pre-existing antibodies to viruses being used as CRISPR delivery vehicles.

The MIT researchers’ have previously worked to find ways to deliver the necessary components for CRISPR without a virus, which led to a technique that relies on high-pressure injection. While it was the first non-viral delivery system ever demonstrated to cure a disease with CRISPR in an adult animal, there were disadvantages. The treatment, which was for the liver disorder tyrosinemia, also caused some damage to the liver.

The new method delivered both Cas9 and the required guide RNA by nanoparticles. The guide RNA, which leads the Cas9 enzyme to a specific area of the genome where a cut is to be made, had to first be chemically modified to protect it from being broken down by the body. Next, the researchers looked at the structure of the complex formed by Cas9 and the RNA guide to determine which sections of the guide RNA stand could be modified without interfering with the binding of the two molecules. In doing so, they were able to modify the structure considerably without affecting the binding of the two components and allowing for enhanced activity.

The researchers packaged the modified guide RNA guide (which they call enhanced sgRNA) into lipid nanoparticles, which they had previously used to deliver other types of RNA to the liver, and injected them into mice along with nanoparticles containing mRNA that encodes Cas9. Using the new delivery technique, the researchers were able to cut out certain genes in about 80 percent of liver cells, the best success rate ever achieved with CRISPR in adult animals.

For more about this technique, see the report in MIT News  as well as the researchers’ published findings in Nature Biotechnology.

If you're interested in the latest CRISPR research, join leaders in the field at the Society for Biological Engineering in Raleigh, North Carolina, for the International Conference on CRISPR Technology, held December 4-6.