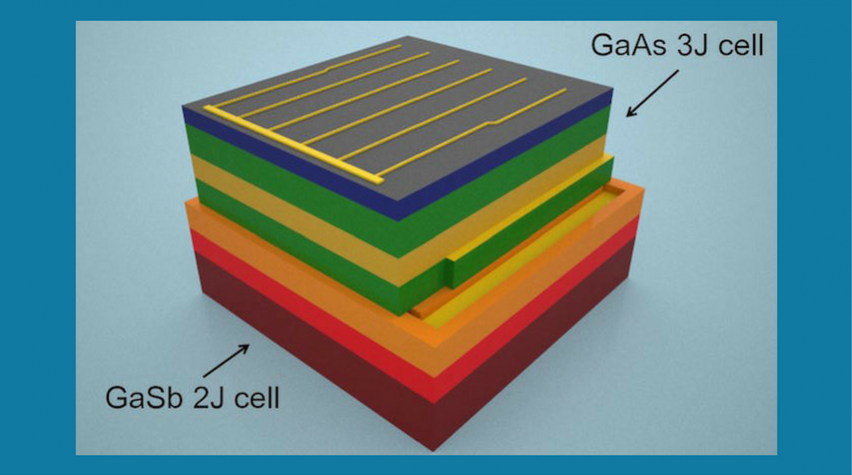 A newly developed solar cell prototype is capable of capturing nearly all energy from the solar spectrum and could potentially be the world’s most solar cell, operating at 44.5% efficiency.

Two main aspects of this new device are novel. First, it uses a family of materials based on gallium antimonide (GaSb) substrates, which are usually found in applications for infra-red lasers and photodetectors. The novel GaSb-based solar cells are assembled into a stacked structure along with high efficiency solar cells grown on conventional substrates that capture shorter wavelength solar photons. In addition, the stacking procedure uses a technique known as transfer-printing, which enables three dimensional assembly of these tiny devices with a high degree of precision.

While the prototype itself is very expensive, the researchers at George Washington University who are behind the project want to use the same techniques to create a much less expensive version they hope to bring to market.

Breakthrough thanks to government funding

The research builds on the advancements made by the MOSAIC Program, a $24 million research project funded by the Advanced Research Projects Agency-Energy (ARPA-E) that funds 11 separate teams across the U.S., each seeking to develop technologies and concepts to revolutionize photovoltaic performance and reduce costs. The researchers note that funding for this type of research is essential for developing viable commercial technology in the future.

You can learn more about this new technology in the researchers’ published findings in Advanced Energy Materials.