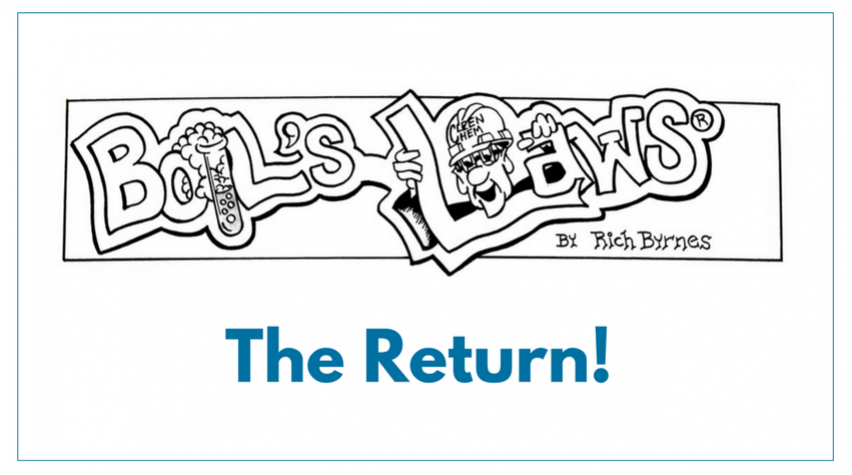 ChEnected is reprising the very popular comic Boil's Laws, which launched here back in 2010. This comic was created by chemical engineer Richard Byrnes and is devoted to the profession of chemical engineering. You can read more about his inspiration for the series below.

This week, Boil's Laws asks the question "How Seriously Do You Take Personal Protective Equipment?"  Click here or on the comic below to see it full size. 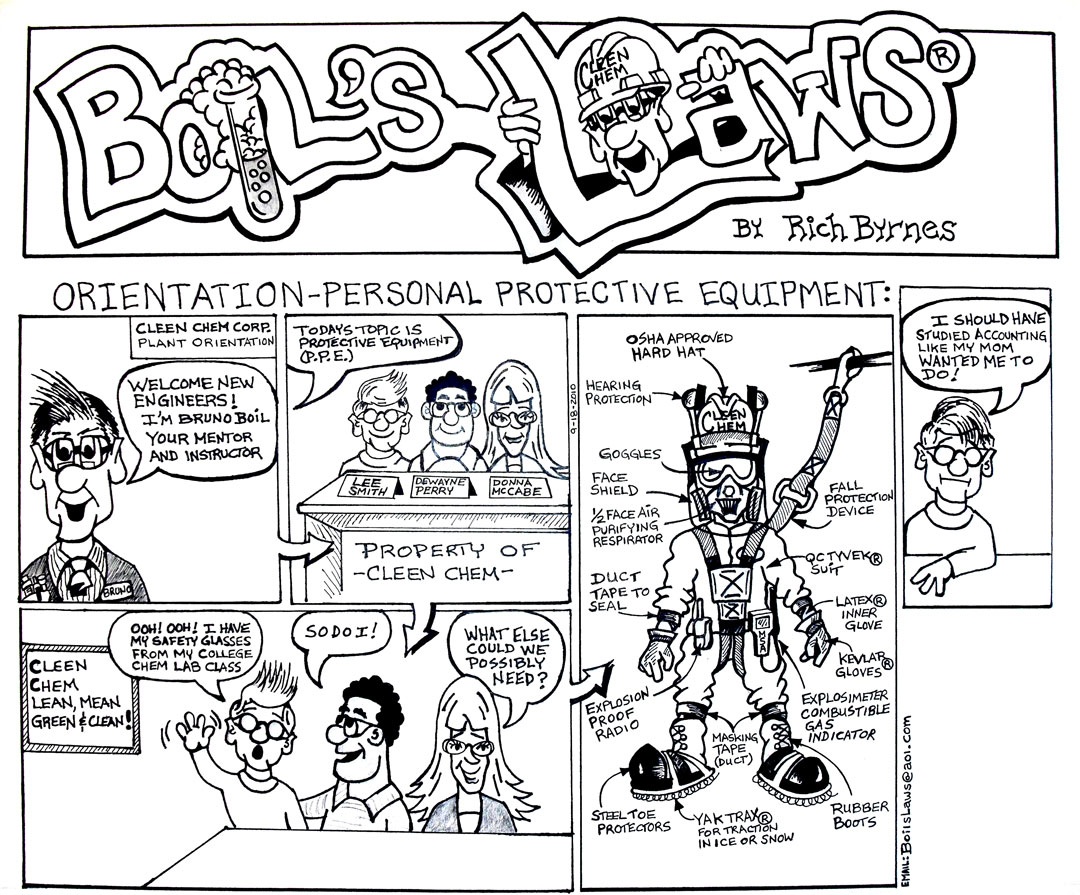 The inspiration behind Boil's Laws

Creating the Boil's Laws comic strip provided me an exciting opportunity to merge my life passions of engineering and art. Working with John Vasko of the AIChE's ChEnected blog to define what type of artistic content the website was looking for, we quickly decided a comic strip specifically aimed at the chemical engineering experience would be awesome!

Reflecting upon my multiple years of experience as an engineer in many roles, the theme of the comic strip immediately became clear. There is no better way to illustrate engineering experiences humorously than through the eyes of young chemical engineers fresh out of college "bumping" their way through the overwhelming avalanche of technical information that awaits them in Industry. A family dinner table conversation led to a suggestion by my daughter Nicole, giving rise to the comic strip title, a pun on the famous Boyle's Law we all know from chemistry.

The character Bruno Boil, the benevolent and wise mentor, is inspired by the memory of my dear friend, colleague, and engineering mentor during my early career at DuPont, Bruno Muzzi, engineering fellow; sadly he left this world too soon. There is also a bit of me in the character. The characters of the young engineers we will travel with — Lee, Dewayne, and Donna — derive their first names from three engineers who, along with me, shared the thrills of our early careers together at DuPont. My disclaimer: likenesses and behaviors of the characters do not reflect anyone I know...well maybe. ;-)

Many years later now as the director of engineering at King Industries in Norwalk, CT, I see the world from the other end of the career spectrum and can only hope that the new generation of engineers entering my department will someday see the "Bruno" in me. I hope you enjoy Boil's Laws.

How seriously do you take personal protective equipment? 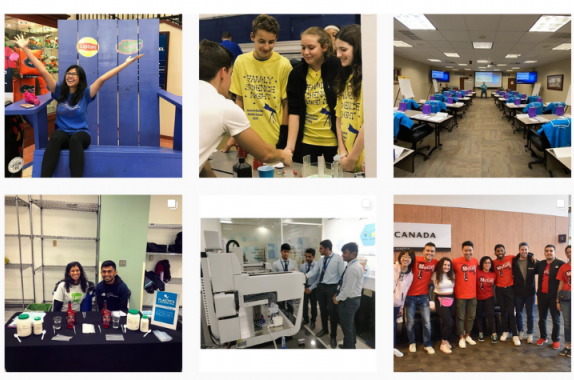 See what we're up to at AIChE and connect with other chemical engineering students around the world through Instagram. Got a story or picture to share? Send it our way. 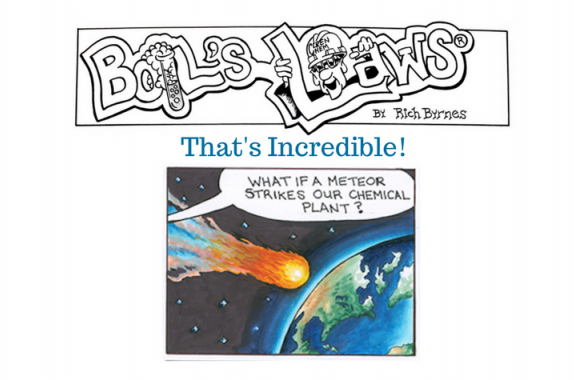 This week, a look at safety risks and the unexpected.