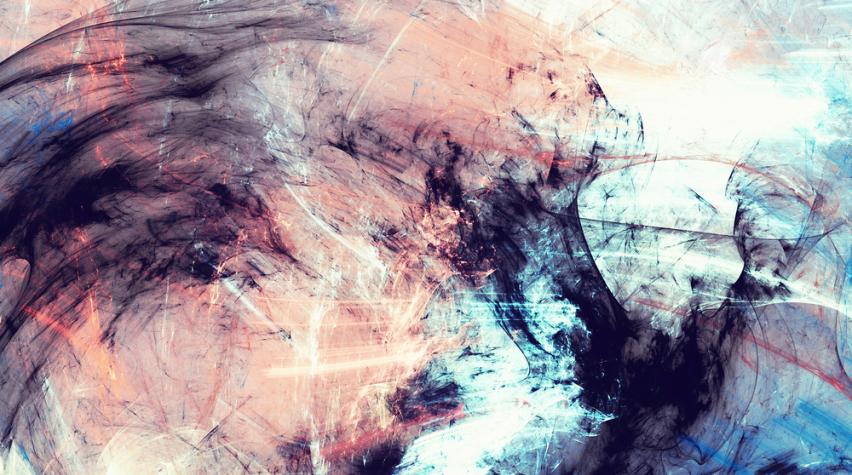 Imagine, if you will, walking into the Sistine Chapel early in the morning, as soon as the doors open, and gazing at its glory in awe—just you and yourself.  In the silence, these great artists—Michelangelo, Botticelli, Perugino, Raphael—stare back at you as you stare at them.  You know—or at least you’ve been told—that the paintings by these masters are great works of art.

Last October, I attended the Harn museum’s “Art in Engineering” night hosted by University of Florida.  I walked through the museum, saw many exhibits, and decided I don’t know anything about art, and that most, if not all, artists are crazy.  Obviously, I know I should appreciate all this art and respect all these artists.  After all, their creative expressions are the definition of the “human condition,” and yet the feeling of confusion was greater than the feeling of awe.  So of course as any good engineer(ing student) would do, I set out to analyze the aforementioned feeling of confusion.

Harn’s “Art in Engineering” night was a chance for UF’s College of Engineering faculty and students to showcase “their creative talents and work” and “express their inner-engineer through art-making.”  Music, poetry, dance, photography, film, sculpture, print-making, and painting were among the works students presented.  After viewing some centrifugal force painting, 3-D printed jewelry, and silk-screen printing, I ventured off to the music section; at least there I was in a more familiar territory compared to the more “unknown” dance, poetry, and painting exhibits. 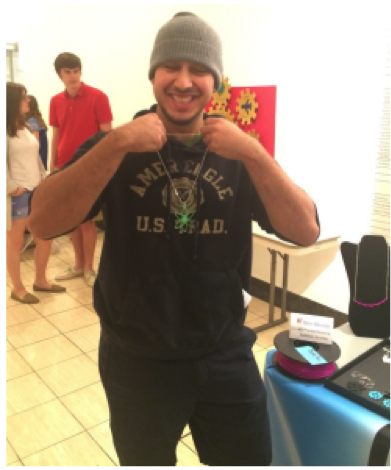 The author tries on 3-D printed jewelry at the event.

I was counting the 4/4 rhythm of a classical piece my friend was performing on violin when I thought that while this is art, I’m not so sure how much it is engineering.  Music and math have a history, but unless we’re talking about an experimental math metal performance by Tosin Abasi, I’m not really sure how much any of these exhibits have to do with engineering (save for the centrifugal painting one).  So there I was—confused again while crowds of people walked around, pointing at this and that, enjoying themselves.

Are engineers so different from artists?

One thing is clear: I lacked the understanding to appreciate more nuanced art, which might as well translate to anything above stick figure drawings, but I wondered since I don’t think artists can truly appreciate the real, scientific world, do artists think that scientists and engineers don’t appreciate of beauty of what they do?  It’s ironic because in many cases, both the artist and the scientist could be describing the same phenomena, like the motion of waves in the ocean or the petals on a flower.  Maybe to an artist the detailed analysis of the atoms inside a flower or the differential equations governing wave motion is boring, but to a scientist those atoms and molecules and their interactions are beautiful.  What about color theory, wavelengths of light, and human perception of those?  Both scientists and artists study those, of course, for different reasons, but it’s essentially the same phenomena, so why was Harn’s museum night called “express your inner-engineer through art-making” instead of “express your inner-engineer”? 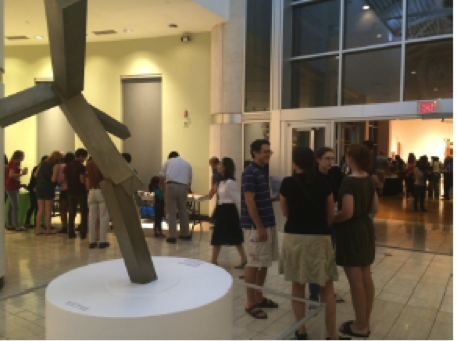 There must then be some difference culturally at least, if not fundamentally, between the artist and the scientist.  I think as a culture we place immense value on artists and their freedom of creative expression—music, writing, painting, sculpting, printing, photographing, dancing, acting, cooking, etc.  Yet we never say “the Bernoulli equation is beautiful in its simplicity and symmetry.”  I don’t think we see chemists, physicists, mathematicians, and engineers as inherently creative people, or see their works as creative expressions, which is why we don’t consider an elegant proof a work of art.  Yes, perhaps scientists may not be as aesthetically refined, but that doesn’t make them any less artistic.

Perhaps then we go back to the age-old question: what is art?  Can we put on a canvas Euclid’s proof that there are infinitely many primes and call it an elegant work of art?  The only hindrance to doing so, I think, would be the prerequisite mathematical theory to understand and appreciate the proof, but the same can be said for many art pieces. 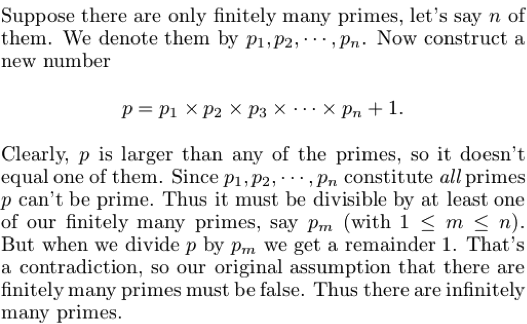 Overall then, Harn’s “Art in Engineering” night was enjoyable for all, even the confused, borderline philistine.  Though I disagree with its method, it was one step closer to dissolving the barrier between scientists and artists, bringing more public awareness and expanding our freedom of expression and our frontier of ignorance. 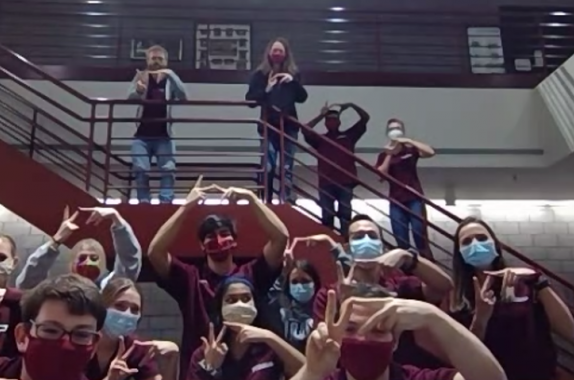 Read who won other prizes—including best poster, most consistent performance, the Golden Tire Award, and others—and check out the winning Chem-E-Car video.