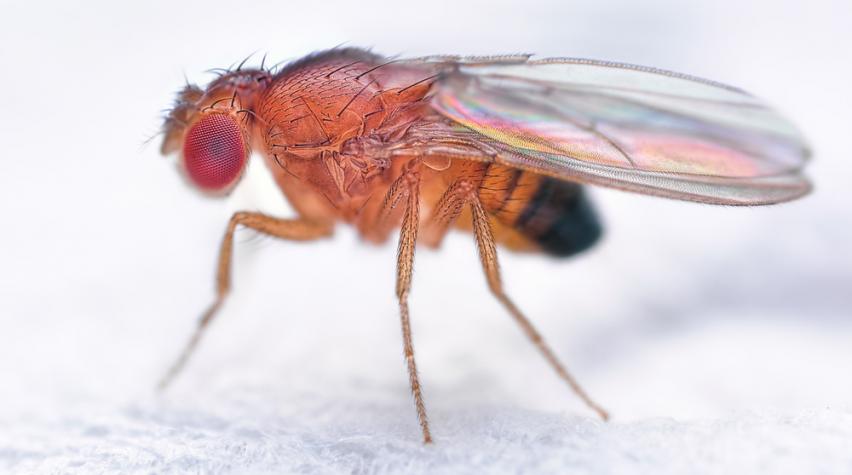 Researchers at Indiana University Bloomington have discovered that a molecule related to some forms of cancer and neurodegenerative disorders is also present in developing Drosophila melanogaster fruit flies. The discovery is expected to help unlock the mechanisms behind certain cancers and other diseases in humans.

The molecule, known as L-2-hydroxyglutarate, or L-2HG, is commonly considered oncometabolite because it can promote tumor formation and growth. L-2HG can be present in malignant brain and kidney tumors, as well as in the rare neurological disorder L-2-hydroxyglutaric aciduria. A mirror image version of the molecule, D-2HG, has also been found in brain tumors and leukemia.

By studying how the molecule functions in normal cells, the scientists hope to better understand its role and functioning in human diseases.

While L-2HG is associated with human diseases, the compound is a normal part of fruit fly development. During the larval stage, when the fruit fly undergoes extraordinary growth, L-2HG is present at high levels. The researchers have also identified a mechanism that allows the flies to control their accumulation of the molecule.

Questions the researchers are now asking include how the fruit flies develop when too much or too little L-2HG is present, and whether it accelerates growth or functions to slow it. Furthermore, they hope to understand which genes the compound controls.

To learn more about this discovery, see the researchers’ news release as well as their published findings in the Proceedings of the National Academy of Sciences.