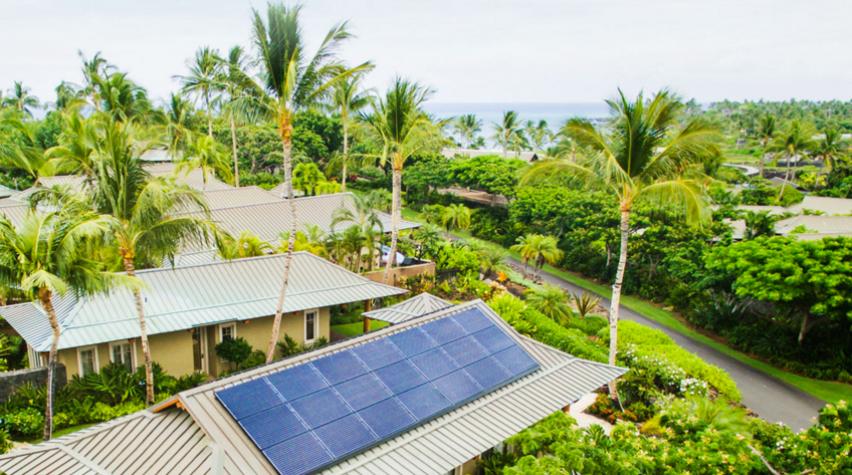 After Hawaii killed a deal that included a new LNG import facility and its conjoined twin, a natural gas power plant; and a leading Canadian tar sands producer, Suncor Energy, voluntarily decided to leave some of its black gold in the ground, it's obvious that we'll never see a repeat of the final go-go carbon-spasm of 2014.

Two weeks ago, when Hawaii’s Public Utilities Commission (PUC) blocked the $4.3 billion sale of the Hawaiian Electric Company (HECO) to Florida-based NextEra Energy, just two years after the deal was originally announced, the state did a complete but justified flip-flop.

In 2014 Hawaii's utility rates were three times the national average, and the state — a literal energy island — was burning expensive fuel-oil shipped in for most of its electric power.

Ironically, because residential electricity consumers were paying about 37 cents a kilowatt-hour, renewable energy — particularly solar — had started to take off. In fact, 11 percent of HECO's customers had already installed rooftop systems, the highest percentage in the US.

Those numbers made the deal very attractive to NextEra, which liked buying into a market with high energy prices because it made the transition to renewables easier. On top of that, HECO wanted to push the renewable build-out even more, saying it wanted to cut rates by 20 percent by boosting renewable energy to 65 percent of its electricity mix over the next 15 years.

NextEra, which was North America’s largest generator of wind and solar power, even touted Hawaii as a testing ground for the coming transition from fossil fuels to power generated from the sun and wind.

Strongly encouraging the merger, NextEra's CEO James Robo told Bloomberg, “You can think about Hawaii as a postcard from the future of the electric industry in the United States.”

The stock market liked the deal

So in 2014, after years of high oil prices and a peak price that year of $115 a barrel, NextEra offered to buy Hawaii’s biggest electricity provider, and even the stock market liked the deal. HECO rose 16 percent to $32.72, the biggest intraday gain since 1980.

Ironically, two years later, after Utility Dive looked through the wreckage of the deal, it found the PUC's most persuasive argument against the deal: that despite NextEra’s extensive utility experience, it was considered inadequate to run HECO. Regulators decided the company wasn't prepared to deal with “specific and unique renewable energy issues facing Hawaii, such as integrating very high levels of distributed energy resources — particularly residential rooftop solar PV systems — into isolated island grids.”

It turns out that two companies were mismatched. This becomes obvious when you examine NextEra's two corporate pieces, according to Greentech Media:

One is NextEra Energy Resources, which is one of the largest developers and owners of renewable energy in the country, with a projected 2016 total of 4.3 gigawatts of wind and solar generating plants in places from Canada to California.

The second is Florida Power and Light, a utility with 4.7 million customers — but only about 1,500 of them had solar on their roofs. Greentech explained that while the utility's TV ads prominently feature shiny solar energy projects, just 0.06 percent of its energy mix comes from solar. Operationally, those numbers make NextEra HECO's evil twin:

Florida ranks 29th in the country for overall renewable development, most of which is from landfill gas and wood-burning. In other words, it’s a renewable desert.

Opponents of the takeover described Florida Power & Light as notorious for fighting residential rooftop solar and protecting its monopoly by erecting its own utility-scale solar projects.

So just when rooftop solar was opening up the Hawaiian energy market, the PUC feared that the deal might take the island back to a top-down, fossil-fueled monopoly model of the past.

Looking at HECO's utility culture makes the decision a complete no-brainer. In June 2015, Hawaii Governor David Ige introduced a series of energy bills, one of which attempted to “democratize renewable energy” by allowing renters and condo owners to buy electricity from sources such as community-based solar farms. That approach stood in stark contrast from that of NextEra.

At last count, 17 percent of Hawaiian Electric customers have rooftop solar, including 32 percent of customers on Oahu, the most heavily populated island.

As the merger was debated, Hawaii energy policy underwent bigger changes. The state set out the first 100 percent renewable energy mandate in the US, to be met by 2045.

So when the Hawaii Public Utilities Commission finally turned down the takeover, nixing a 20-year LNG contract from British Columbia, Canada, reaction was very supportive, even in Canada:

“It’s a rejection of the core argument for LNG: this notion that it's somehow a useful step in the transition to renewables,” said Kevin Washbrook, director of Voters Taking Action on Climate Change (who was fighting the LNG plant). “Hawaii said, ‘we’re going to skip that step and go straight to renewables.’ I think it’s a very big deal.”

Leaving it in the ground

Leading up to 2014, high oil prices had been a munificent gift to the tar sands producers in Alberta, promoting surging investments from a global cadre of big oil companies. Until recently, "stranded" was one word that never crossed an oil executive's mind, let alone hearing him voluntarily utter it in public, to the press. 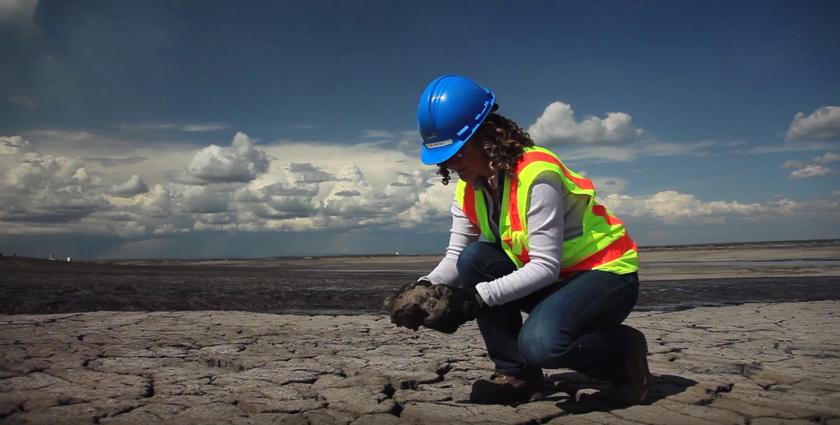 After two years of lower prices and a grim report on the state of the oil industry forecasting that capital spending will decline by 20 percent this year and never recover to the $56-billion high-water mark it hit in 2015,  Canadian tar sands giant Suncor Energy made an unprecedented offer to the Alberta government: to let it leave some of its more difficult-to-produce reserves in the ground (see corporate video - in French).

Suncor's CEO Steve Williams now says he wants to “strand” some oil sands reserves if they’re too expensive to produce, or if they’d add too greatly to the intensity levels of its overall greenhouse gas emissions.

Government approval is necessary because Suncor’s oil sands are leased from the province, which earns royalties based on how much is produced from strip mining and in situ projects, where steam is injected to melt the bitumen so it can be pumped to the surface.

“We're advocating a way to work with government,” Williams said in a conference call.

In an e-mail to The Globe and Mail, the Alberta Energy Minister said she will rely on the Oil Sands Advisory Group to provide advice, but she's open to working with industry.

Williams explained what he saw as an anachronistic regulatory environment, “Regulation is written so that we take a very high percentage of the last oil out, the most expensive both economically and environmentally."

Williams also sees that strategic stranding could result in a healthy 10 to 20 percent savings on operating costs for difficult oil sands projects.

In an earlier sustainability report, Suncor had vowed to reduce its overall emissions per barrel of oil and gas produced by 30 percent by 2030.

Environmentalists were grudgingly happy to hear the news. “We agree that Alberta’s focus on maximizing production may be having unnecessary environmental impacts on greenhouse gas intensity,” said Simon Dyer of the Pembina Institute, a clean energy think-tank.

Although he ominously added — setting up legal battles ahead — that it’s “inconceivable” the oil sands can be fully exploited under Canada’s latest post-Paris global climate commitments.

Also jumping ahead of Suncor's thread-the-needle offer, Greenpeace's Mike Hudema said the company will have to leave behind more than just difficult oil if it really wants to reduce emissions.

Among oil producers in the Alberta oil patch, Suncor is on its own. Disdaining the dreaded "s" word, traditional oil man Brian Ferguson, CEO of rival Cenovus Energy, told The Globe and Mail that his company isn’t seeking to strand any of its oil sands resources.

This complicates the future because both Suncor and Cenovous have supported the new government’s climate change policies, which include an annual 100-mega-ton cap on total oil sands emissions. The industry is already at 70 mega-tons.

Ferguson rebuffed Suncor's Williams, saying, “I want to economically and environmentally produce as much of the resource that we have as we can."

Ferguson boiler-plated he's committed to reducing greenhouse gas intensity by 50 percent by 2026 but will do so while living up to agreements with the province on resource recovery and royalty payments. Outside critics are obviously dubious.

Nevertheless, both companies say they're looking to new technologies to reduce carbon emissions, including the use of injected solvents to reduce the need for steam in thermal in situ projects.

Is this similar to wind in the midwest?