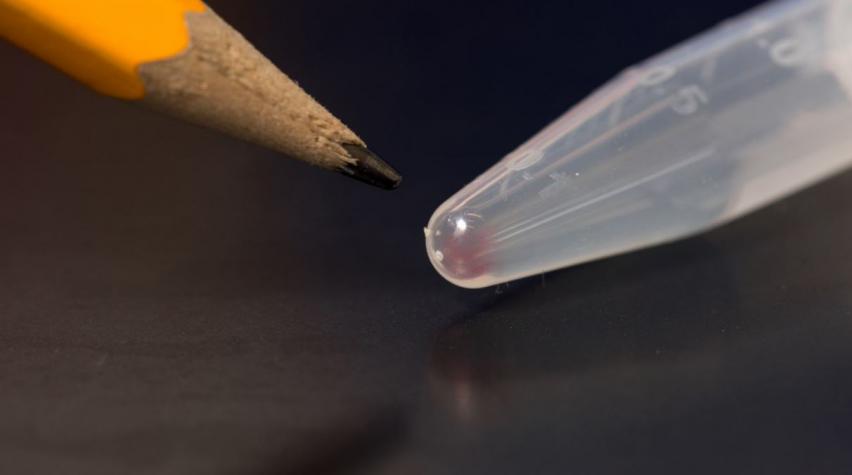 With increasingly large volumes of data being created every day, the search for stable and compact data storage has turned to DNA to replace the relatively fragile magnetic backups that are today's standard. Microsoft recently announced that its work with the University of Washington reached a milestone in DNA storage. The team has successfully stored 200 MB of data on DNA molecular strands.

The project has not only stored a significant amount of data, but it has also done so in an incredibly small space. The picture above show the white saltlike crystals in the bottom of a test tube, which are clearly smaller than the tip of a pencil. If you're wondering what data is stored in the DNA, it contains digital versions of works of art, the Universal Declaration of Human Rights in more than 100 languages, the top 100 books of Project Guttenberg, and the nonprofit Crop Trust’s seed database on DNA strands.

The first step of storing data in DNA begins with translating the data from 1s and 0s into the “letters” of the four nucleotide bases of a DNA strand — (A)denine, (C)ytosine, (G)uanine and (T)hymine. Then the company Twist Bioscience translates those letters, which are still in electronic form, into the molecules themselves, before returning them to the University of Washington lab.

Reading the data uses a biotech tweak to random access memory. The team uses polymerase chain reaction (PCR) to amplify the strands it wants to recover. Once they’ve sharply increased the concentration of the desired snippets, they take a sample, sequence or decode the DNA and then run error correction computations.

While the team's progress is promising, there remains a lot of territory to cover before DNA can be transformed into a viable means of archival storage. To learn more about what Microsoft is doing in this area, you can read more about the company's project called DNA Storage. You can also read the team's published work for much greater detail.